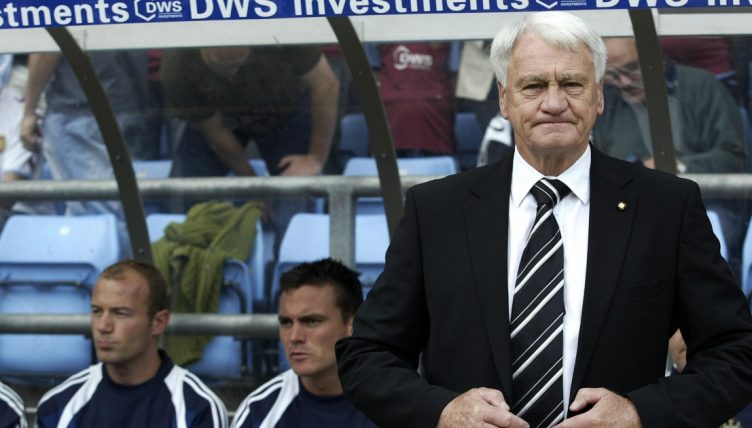 Sir Bobby Robson bought joy and attacking football to Newcastle United but his reign as manager ended on a sad note.

With rumours of dressing room factions, and a failed attempt to sign Everton’s Wayne Rooney, Robson couldn’t afford a poor start to the 2004-05 season.

But Newcastle failed to win any of their first four matches and chairman Freddie Sheppard sacked the former England boss after a 4-2 loss at Aston Villa in August 2004.

We’ve taken a look at where the Newcastle XI who played in that defeat at Villa Park are these days.

Given served Newcastle United with distinction during the 2000s, leaving the club in 2009 after 12 years and 463 appearances for the Toon.

He ended up at Manchester City, winning the Premier League and FA Cup, before ending his career with spells at Aston Villa and Stoke.

The former goalkeeper is the second-most capped Irishman of all time, behind Robbie Keane, and is now a coach at Derby alongside Wayne Rooney. His stock will certainly rise if the Rams complete a miraculous escape from relegation…

The former Republic of Ireland international won 44 caps for his country, playing at the 2002 World Cup, and was considered a steady Premier League right-back for the vast majority of his career.

He did not follow the conventional path into coaching or punditry following retirement, instead choosing to relocate to Marbella to focus on his business ventures.

The former right-back also has his own clothing brand named One of One. You’d have got long odds on that during his playing days.

Hughes was a mainstay of successive Newcastle teams until 2005, coming up through the ranks of the club’s academy and was capable of playing across the defensive line.

Hughes made over 275 appearances for his boyhood club before leaving for Aston Villa before helping Fulham reach the Europa League final in 2010.

He then had stints at several clubs, including the Indian side Kerala Blasters, before calling time on his 24-year playing career in 2019 at Hearts.

After making over 100 appearances for Northern Ireland, he now works as their Elite Football Development Consultant. The defender was also awarded an MBE for his services to football in 2020

O’Brien was poached from debt-ridden Bradford City in 2001 and became a crucial component of the Newcastle defence under Robson.

But the arrival of Graeme Souness, who signed Jean-Alain Boumsong in his first transfer window, spelt the beginning of the end for the defender’s time on Tyneside.

He was sold to Portsmouth in 2005, as part of Harry Redknapp’s bag of Revels at Fratton Park, before spending time at Bolton Wanderers and Leeds United.

O’Brien finished his career with two years at the Vancouver Whitecaps and has been a scout with Liverpool since 2015.

Bernard had two stints with Newcastle and retired there in 2007 – but still has connections to the North East as he bought Durham City in 2013.

He appointed himself CEO and has spoken about his desire to turn the side into a feeder club for bigger North East teams and to develop local talent.

Upon his arrival, the former defender said: “I want to make Durham one of the best feeder clubs in the north east.

“At the moment, I don’t think the area develops enough youngsters. I want to raise the profile of the club and get links with Sunderland, Newcastle and Middlesbrough.

“Look at the England team, how many of them are from around here? I’ll do everything I can to get players to Durham and help develop them”

Elliott enjoyed no fewer than three spells at Newcastle, making 142 appearances for his boyhood club with spells at Sunderland, Leeds and Bolton thrown in too.

He returned to Newcastle as a fitness coach and now is a strength coach with the youth US men’s national team.

Jenas won the PFA Young Player of the Year award in 2003 but readily admits he failed to fulfil his full potential during his playing career.

“I was a naturally gifted, talented footballer,” he said in 2018. “But to achieve everything you want, you also need to be driven by a hunger that doesn’t go away.

“With hindsight, a lot of the time I was a little too accepting of the fact that I was a ‘good player’ and could and should have striven to be even better.

“I let myself off the hook too many times and didn’t do enough. It hurts to realise that, but I’ve had to own it and move on.”

After retiring in 2014, Jenas has carved out a successful media career with the BBC. Often found hosting The One Show and appearing on Match of the Day, we’d hardly be surprised if Jenas replaced Gary Lineker in the host’s chair in the future…

Butt spent the majority of his career at Manchester United but served Newcastle with distinction, winning promotion from the Championship in his final year at St James’ Park.

A brief spell with South China followed – which proved to be the last move of his playing career.

He returned to Old Trafford as a coach and worked in various roles before leaving in March 2021.

Butt has since taken on a CEO course and has coached at Salford City, a club he is a co-owner of alongside the likes of Gary Neville and Paul Scholes. 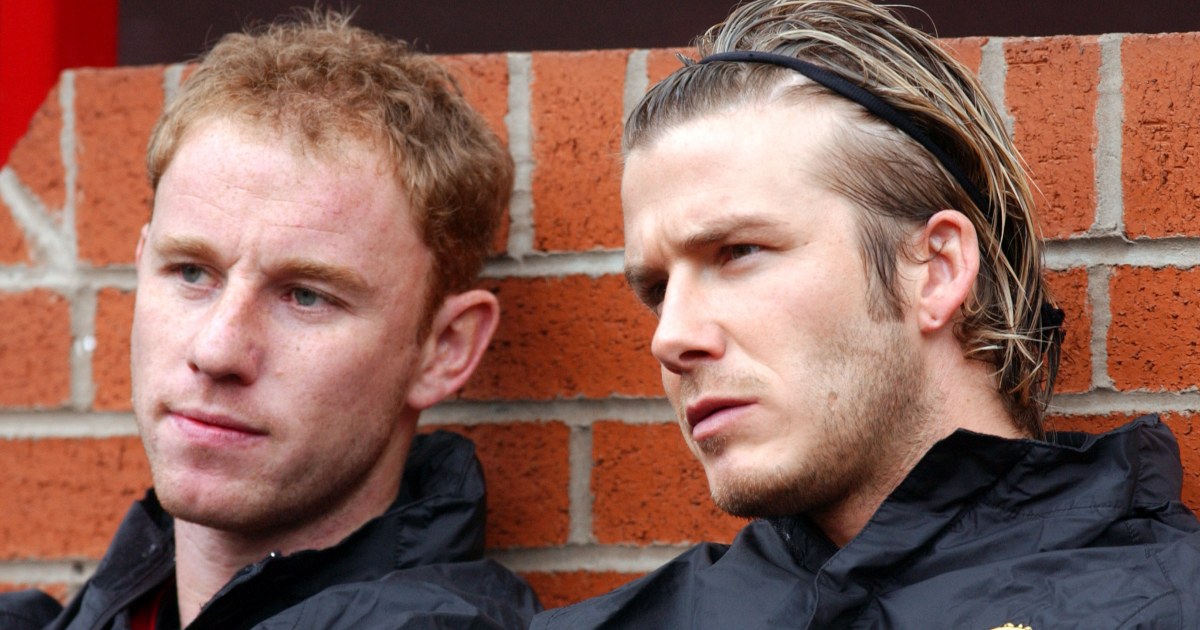 He was well-known for his combustible nature, as that fight with Kieron Dyer later in the season proved, but it’s often forgotten that Bowyer was a silky-smooth midfielder during his pomp.

His performances at Leeds, where he often scored after arriving late into the penalty area, saw him win an England cap in 2002 and almost move to Liverpool that same year.

Ultimately his career was defined by his scrap with Dyer, rather than lifting the League Cup with Birmingham in 2011. Bowyer retired a year later after spending his final season at Ipswich Town.

He is now Birmingham’s head coach having previously spent nearly just under years in charge of Charlton Athletic, who he led to promotion from League One in 2019.

Ameobi remains a beloved figure among the Newcastle supporters, overcoming his technical limitations with hard work and 79 goals for the club.

He retired in 2018 and returned to Newcastle in 2019, where he was named their first-ever loan manager.

Bellamy joined Newcastle in 2001 and formed a dangerous partnership with Alan Shearer which frightened the life out of Premier League defenders in the early 2000s.

Whilst he thrived under Robson, who knew when to put an arm around Bellamy’s shoulder, the striker spectacularly fell out with equally combative Souness and left for Celtic in 2005.

Bellamy played all around the Premier League after that, including twice with Liverpool. He retired in 2014 with Cardiff.

A period as Under-21s manager with Anderlecht ended in 2021. Bellamy is now an occasional pundit with Sky and has spoken openly about suffering severe bouts of depression during his playing career.

He may have seemed like a bastard on the pitch but his extensive charity work speaks of a decent human being.

Kluivert only spent a year at Newcastle, scoring 13 times before being released, but he remains well respected amongst the club’s supporters and has fond memories of Tyneside.

“(Sir) Bobby Robson signed me, and I was really grateful that such a big coach wanted a player like me, and I’m really glad I signed for Newcastle,” Kluivert later reminisced.

He was most recently employed as Academy Director at Barcelona, serving in the role between 2019 and the end of the 2020-21 season, but is now hoping for a coaching role,

“I notice that the coaching is starting to attract me again,” he said. “I started coaching, then I went to the administrative side, which is also fantastic.

“But the field, the grass, that remains the most beautiful thing there is. I look at what the options are and I will make the best choice from that.”

His replacement at Villa Park has long slipped out of the public consciousness. Who’s heard of Alan Shearer these days?

Robert is now a youth coach at Montpellier, where he had started his career. The midfielder was the definition of a cult hero at Newcastle, with the penchant for the extraordinary… 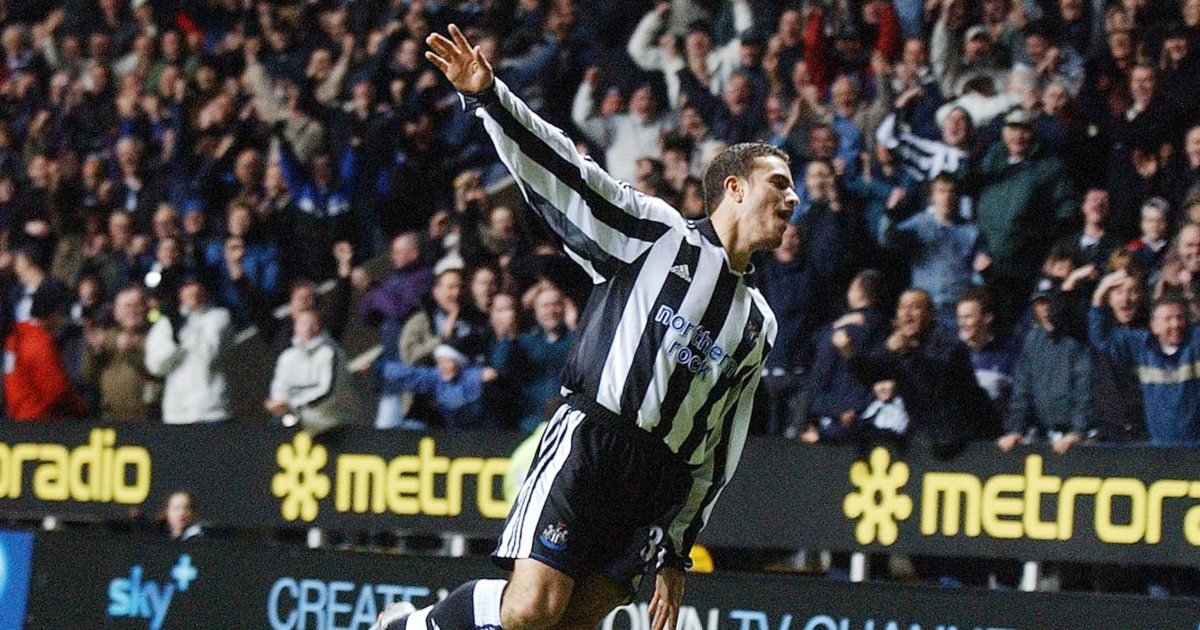 READ: A tribute to Laurent Robert, scorer of Newcastle’s most inexplicable goals

Can you name Newcastle’s top 35 goalscorers in Premier League history?