Where are they now? Arsenal’s first 11 academy graduates under Wenger 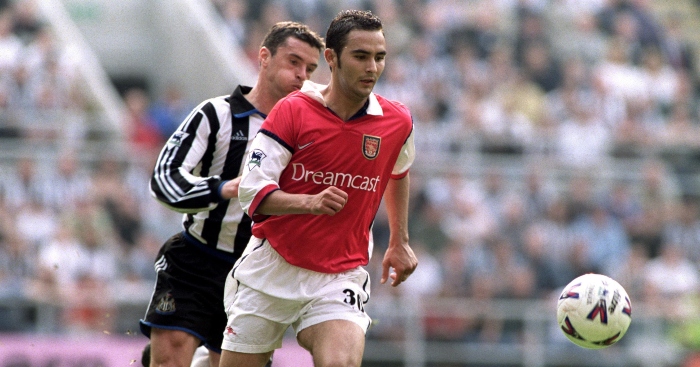 After joining Arsenal in 1996, Arsene Wenger immediately became renowned for giving young players a chance in the first team.

Wenger developed a lot of talented players during his 22 years at the club, helping the likes of Cesc Fabregas and Hector Bellerin become first-team regulars.

Here are the first 11 players handed their senior debuts by the manager, and how they’ve fared since.

Despite being highly regarded by Arsenal coaches, Vernazza failed to live up to expectations and made just 11 appearances in all competitions.

The midfielder joined Watford in 2000 in search of regular first-team football but was stabbed by a burglar a few months later.

“I don’t think I was ever really the same player after that,” Vernazza told The Athletic in May 2020. “When I look back now, I think it affected me more than I realised at the time.

“You sort of just go into a hole, don’t you? You don’t talk about it, you don’t acknowledge what happened. Back then it was a case of, ‘Physically, I’m healed, so let’s get you out playing again.’”

He played for another 10 years before retiring at the age of 31 and embarking on a career as a football agent.

Crowe had a memorable Arsenal debut for all the wrong reasons, receiving a red card after just 33 seconds against Birmingham City in 1997.

He made just two more appearances for the club and joined Portsmouth in 1998 after being deemed surplus to requirements by Wenger.

The right-back had spells at Brentford, Grimsby Town, Northampton Town, Leeds United, Leyton Orient and Corby Town before hanging up his boots in 2013.

ON THIS DAY 1997: Jason Crowe was sent off after 33 seconds on his Arsenal debut pic.twitter.com/cSnBdYkIPS

Rankin made his one and only appearance for Arsenal against Tottenham in 1997, coming on as a late substitute in a 1–1 draw.

The forward was behind the likes of Dennis Bergkamp, Ian Wright and Nicolas Anelka in the pecking order and was sold to Brentford in 1998.

“He was impatient. I thought that he wouldn’t naturally make it this season, and he needed some first-team games,” Wenger said.

“He was one of the players where, if you keep him, he drops; if he drops, his value goes down and he isn’t happy and he hasn’t improved. If you are sure he won’t play for you this season, you give him a chance to make a career somewhere else, I’m happy for him.”

He continued to fall down the leagues and ended his career in 2014 after three years at Isthmian Premier League side Hendon.

Riza’s Arsenal career amounted to just 60 seconds in a cameo appearance against Derby in a League Cup tie in November 1998.

The striker joined West Ham in 1999 but spent most of his career either playing in Turkey or in the lower leagues in England.

Since retiring, he has moved into management and is currently coaching Watford’s under-23s. 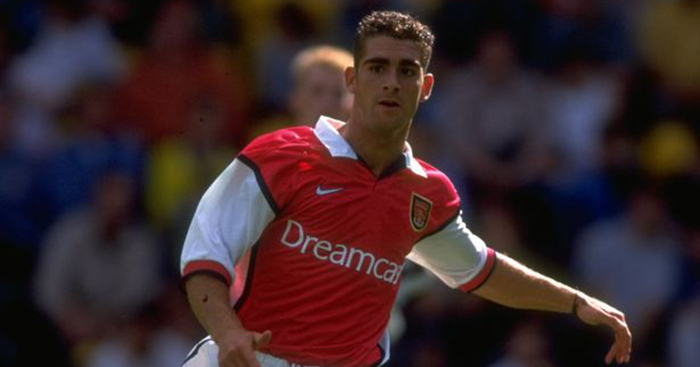 Black came on as a second-half substitute against Panathinaikos in the Champions League in December 1998, but that proved to be his only first-team appearance for Arsenal.

He was released by the Gunners in 1999 and enjoyed a nomadic career in the lower leagues before hanging up his boots in 2009.

London-born Weston came through the ranks at Highbury, working his way up to play on three occasions for the first team under Wenger, including a solitary Premier League appearance against Newcastle.

The defender won two promotions during his six-year stint at Cardiff and also had spells in Norway, Iceland and Malaysia before ending his career with a short spell at AFC Wimbledon.

He now works in the commercial department at Brentford and is also a co-commentator for talkSPORT. 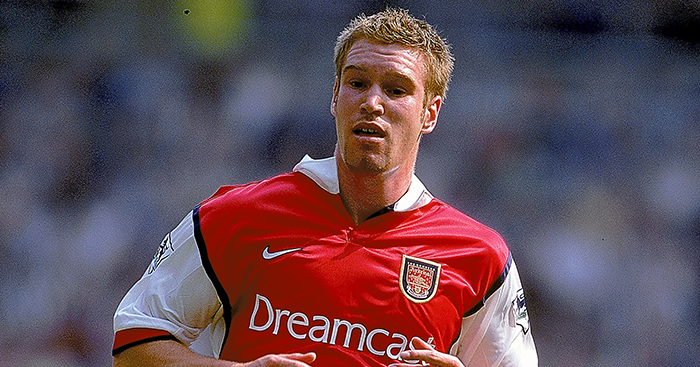 READ: ‘A hiding to nothing’: The story of Rhys Weston’s one PL game for Arsenal

Let’s not go there.

After watching his older brother Michael play for the first team, Tommy made twice as many Arsenal appearances before joining Crystal Palace in 2000 for £500,000.

He spent seven years with the Eagles before seeing out his playing career in the lower leagues in England.

Barrett made the first of three Arsenal appearances in December 1999, replacing Thierry Henry in a 3–0 victory at Leicester City.

The former Republic of Ireland international enjoyed spells at Coventry, Falkirk, St Johnstone and Shamrock Rovers before hanging up his boots in 2010.

He is now the director of a player agency in Ireland.

Despite featuring regularly for the reserve team, Gray was restricted to just one Premier League appearance for Arsenal, coming off the bench in a 4-2 loss at Newcastle in 2000.

The winger joined Crystal Palace later that year, making over 100 appearances at Selhurst Park before spells at the likes of Birmingham, Coventry, Fulham, Barnsley and Walsall.

He retired in 2014 and returned to Arsenal in 2019 in a coaching capacity.

McGovern joined Arsenal as a trainee in 1997 and clearly wasn’t intimidated or scared by any of the big names in the dressing room.

“I’d tackle and didn’t give a shit who you were,” McGovern told The 42 in 2019. “I remember having a fight with Vieira and getting sent back down to the reserves because of it.

The centre-back made just one appearance for the first team and was moved on by Wenger for a minuscule £50,000, joining Norwich City in 2000.

He returned to his native Ireland in 2003 but retired at the age of 26 and now runs his own fitness and conditioning studio.

Omer Riza on his one Arsenal game, ‘wasted’ time at West Ham & more