Where are they now? The last 10 Arsenal academy grads under Wenger 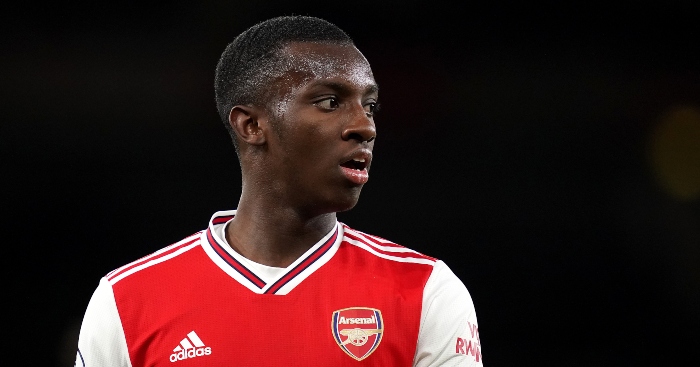 Arsene Wenger was renowned for giving young players a chance at Arsenal – and he continued to do so right up until the end of his reign.

The Frenchman developed a lot of talented players during his 22 years at the club and tried to produce the next generation of stars for his successor.

We’ve taken a look back at the last 10 players from the academy he handed senior debuts to and how they’ve fared since.

Macey joined Arsenal’s academy in 2013 following a successful trial and made his first-team debut in a League Cup tie against Norwich in 2017.

The goalkeeper has mainly featured for the reserves over the last few years and spent last season on loan at Plymouth Argyle.

Sheaf started his career with West Ham’s youth set up before making the switch to Arsenal in 2014, and Wenger tipped him for a bright future.

“He’s always ahead of the game and his anticipation quality is absolutely huge,” Wenger told Arsenal Player in 2017.

“He has that kind of mental strength as well. A typical British way of handling things, facing the difficulties with a very cool and intelligent way.”

The 22-year-old was handed his senior debut in Arsenal’s 1-0 win over Red Star Belgrade in 2017, but he has only made one more appearance for the club.

He is currently on loan at Doncaster Rovers and has been a near ever-present for the Championship side this season.

McGuane was a highly-rated prospect and made the first of two senior appearances against BATE Borisov in 2017.

The midfielder then completed a move to Barcelona’s B team in 2018, becoming the first Englishman to represent the Spanish giants since Gary Lineker in 1989 when he appeared in the Catalan Super Cup.

McGuane is now back in England with Nottingham Forest and has initially joined their Under-23’s squad.

Nketiah was also handed his debut against BATE but has gone on to have a much bigger impact at Arsenal.

The striker scored twice in 35 minutes on his next appearance for the club and then got his first Premier League goal on the final day of the 2018-19 season.

After an underwhelming loan spell at Leeds, he returned to the Emirates and has scored three goals in his last five appearances.

Willock joined the Arsenal academy at the age of four and was given his debut in a League Cup win over Doncaster in September 2017.

The 20-year-old signed a new long-term contract with the Gunners in September 2019 and has made 32 first-team appearances this season.

Dasilva made three appearances for Arsenal but rejected a new contract in 2018 and moved to Brentford in search of regular first-team football.

“I wanted to play for Arsenal for the rest of my life, but I had to do what was best for my career, ” Dasilva told The Independent earlier this year.

“I felt like I was ready to go and play men’s football. It’s not easy, but there were better opportunities and I believed in myself.”

He has since established himself as one of the best talents in the Championship, helping the Bees mount a strong push for Premier League promotion.

After making his Arsenal debut against Chelsea in the 2017 Community Shield, Nelson spent last season on loan with Bundesliga side Hoffenheim.

The winger has struggled for game time since returning from Germany but has been directly involved in five goals in his last eight starts.

“Reiss Nelson is a special talent, he can eliminate players one vs one – that's what he is capable of.”

The 22-year-old is the older brother of Joe Willock and made his Arsenal debut in a League Cup tie against Nottingham Forest in 2016.

He only made one more first-team appearance for the club and signed for Benfica on a five-year deal in 2017.

But he has only ever featured for their reserves and is now on loan at Huddersfield Town after an unsuccessful six months at West Brom.

The midfielder found his opportunities limited at the Emirates, making just eight appearances for the senior side before joining Ligue 1 Angers in 2018.

“There were several circumstances. When I had the opportunity to get playing time, I achieved good and bad performances,” Reine-Adelaide told Lyon Capitale in 2019.

“So it’s my fault, I must admit because I wasn’t always good. However, I didn’t really have a chance. I played for the cup matches, with players who didn’t know each other very well… It was complicated.”

Reine-Adelaide was able to restart his career back in France and his performances earned him a €25million move to Lyon in 2019.

Iwobi’s senior debut for Arsenal came in in a 3–0 defeat to Sheffield Wednesday in 2016, and the winger went on to make 149 appearances for the club.

Nicolas Pepe’s arrival saw Iwobi fall down the pecking order under Unai Emery, and the Nigerian was sold to Everton for £28million in 2019.

The 23-year-old has failed to hit the ground running at Goodison Park, with one goal in his first 18 appearances for his new club.