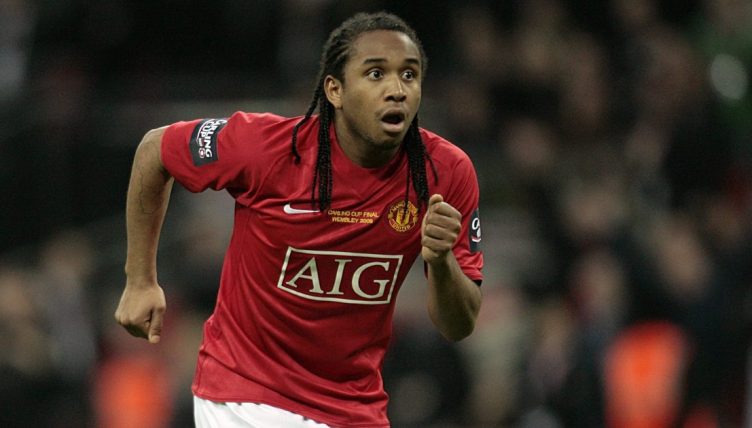 While the Golden Boy award can sometimes be a pretty good indicator for future success, not all previous winners have lived up to their potential.

Lionel Messi and Wayne Rooney have both won the award, which is handed out to the best under-21 player in Europe over a calendar year.

We’ve taken a look back at the last 14 recipients of the award to see how they’ve fared since.

After winning the Premier League and Champions League in his debut season at Manchester United, Anderson was tipped to be Paul Scholes’ long-term successor.

But 2007-08 proved to be the highlight of his United career, as the midfielder was subsequently blighted by injury problems during his eight years at Old Trafford.

“I’d be more careful with injuries. But aside from that, I have no regrets,” Anderson told ESPN in 2018. “I loved to be at Manchester United, loved it. I can tell my kids that I won four Premier Leagues.”

The Brazilian finished his playing career at Turkish second division club Adana Demirspor and retired in September 2019 at the age of 31. In August 2021, he was charged by Brazilian police for being part of a cryptocurrency fraud and money laundering scheme.

Pato was crowned the Golden Boy winner in 2009 after enjoying an incredible start to his AC Milan career.

However, injuries began to take their toll and the striker returned to his native Brazil in 2013 before making a brief return to Europe with Chelsea and Villarreal.

He agreed to terminate his contract with Sau Paulo in 2020 and was linked with a move to Championship side Birmingham City before signing for Orlando City in MLS. Why he chose Orlando over Birmingham, we can’t tell you.

Balotelli was part of Jose Mourinho’s treble-winning side at Inter Milan, moving to Manchester City in 2010 before winning the award later that year.

Former Arsenal star Jack Wilshere finished in second place, but the Italian claimed that he didn’t even know who the midfielder was.

“What’s his name? Wil … ? No, I don’t know him, but the next time I play against Arsenal I will keep a close eye on him,” Balotelli said. “Perhaps I can show him the Golden Boy trophy and remind him that I won it.”

City boss Roberto Mancini eventually grew tired of his off-field antics and the striker was shipped off to AC Milan in 2013.

Following a disastrous spell with Liverpool in 2014-15, he tried to rebuild his career in France – showing flashes of brilliance – before joining hometown club Brescia in 2019.

After repeatedly missing training, the striker was released in 2020 and briefly held talks with Championship side Barnsley.

He’s now playing for Adana Demirspor, who seem to love a wayward former Golden Boy, and is still up to no good.

The German completed a £31.5million move to arch-rivals Bayern Munich in 2013, but he failed to nail down a starting spot under Pep Guardiola.

He was a shadow of his former self during his second spell at Dortmund and joined Eredivisie side PSV on a free transfer in 2020.

Gotze may not have fulfilled his potential, but not many players can say they’ve scored the winning goal in a World Cup final.

Isco rose to prominence under Manuel Pellegrini at Malaga and fought off competition from Stephan El Shaarawy to win the award in 2012.

His performances attracted the attention of several big European clubs and the midfielder joined Real Madrid in 2013.

Though not a guaranteed starter for Real, he has won two La Liga titles and four Champions Leagues during his eight years at the Bernabeu.

Pogba left Manchester United for Juventus in 2012 in search of regular first-team football and his decision was vindicated when he won the Golden Boy award in 2013.

During his four years in Italy, he developed into one of the best midfielders in the world, winning four Serie A titles and two Coppas Italia.

United spent £89million to bring him back to the club in 2016 and, though he’s not been consistently brilliant at Old Trafford, the 28-year-old was an instrumental member of the French team that won the 2018 World Cup.

Sterling announced himself to the world with a string of excellent displays for Liverpool as the Reds narrowly missed out on the Premier League title in 2014.

The winger went on to join Manchester City for £50million in 2015 but endured a difficult debut season at the Etihad.

Under the guidance of Pep Guardiola, he became one of the most dangerous attackers in the Premier League, winning three league titles.

But Sterling has not had it all his own way at City following the arrival of Jack Grealish in 2021 and is currently being linked with a move to Barcelona.

Manchester United spent £36million on the relatively unproven forward in 2015, with some criticising the club for a panic buy.

Martial proved those doubters wrong and enjoyed a blistering start to his United career, coming off the bench to score a sensational solo goal against Liverpool on his debut.

After having a turbulent relationship with Jose Mourinho, the France international looked like he had recovered some form under Ole Gunnar Solskjaer in 2019-20,

But 2021 has been far tougher and he’s spent most of the current campaign on the sidelines. Before his sacking, Solskajer put that down to injury, something Martial’s wife denied on Instagram.

After helping Portugal win Euro 2016, it came as no surprise when Sanches was named as the Golden Boy winner later that year.

The midfielder had already completed a big-money move to Bayern Munich, but he failed to live up to expectations in Germany.

He had a disastrous loan spell at Swansea City and was eventually sold to Ligue 1 side Lille in 2019.

“It’s all in the past now. Now is the moment when I have to redeem myself,” Sanches told L’Equipe in February 2020. “It’s now when I have to show everyone my best football – my family and the people who have helped me a lot.”

He’s done that and more in France, helping Lille to their first Ligue 1 title in a decade in 2021.

Mbappe burst onto the scene with Monaco but had already agreed to join PSG for €180million before picking up the award in 2017.

He has continued to go from strength to strength in Ligue 1, scoring over 180 career goals.

The France international also led his country to World Cup success in 2018, becoming the first teenager since Pele to score in the final.

De Ligt finished ahead of Liverpool’s Trent Alexander-Arnold in 2018, becoming the first defender in history to win the award.

The centre-back then captained Ajax to a domestic double in 2018-19 and helped them reach the semi-finals of the Champions League.

Juventus won the race for his signature in 2019 and the 22-year-old won the Serie A title in his debut season.

Last season was less successful, however. De Ligt’s form suffered as Juve battled their way to a fourth-place league finish. He is now being linked with a move to the Premier League, with Tottenham and Chelsea credited as the interested parties.

Felix enjoyed an incredible breakthrough season at Benfica and received the award in 2019.

The Portugal international cost Atletico Madrid a staggering £113million last summer, but he endured an indifferent debut season at the Wanda Metropolitano.

“He started with great enthusiasm,” Diego Simeone told beIN SPORTS in March 2020. “He had two injuries that took him out of that continuity.”

“Hopefully he gets to where he suggested he could, because in the case of young boys it is a consequence of where one wants to go. If he wants to go far, he can.”

The 22-year-old improved in his second campaign and helped Atletico to the La Liga title, but he was often overshadowed by Luis Suarez and has struggled to get going in 2021-22, making just three La Liga starts and suffering with injury problems.

After getting off to a flyer with Borussia Dortmund following his move from Red Bull Salzburg, Haaland was handed the award in 2020.

That momentum has continued ever since and he now has 70 goals in 69 games for the German club.

It’s a truly remarkable record for a 21-year-old. We dread to think how good the big Norwegian might be in a few years.

Pedri is the Golden Boy gong’s most recent recipient. With a total of 318 points in the voting, he was 199 ahead of nearest rival Jude Bellingham – the largest ever margin between a Golden Boy winner and runner-up.

That reflects just how special his performances have been for Spain and Barcelona, who will be hoping the midfielder follows in the footsteps of his current manager.