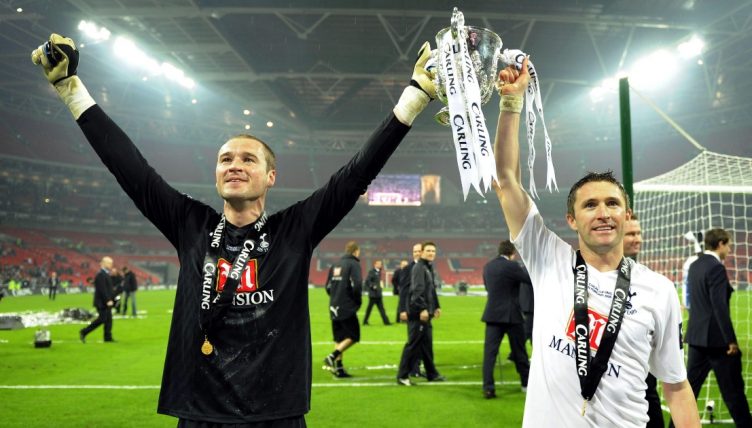 It’s been 14 years since Tottenham last won some silverware, with Juande Ramos leading them to Carling Cup glory with a 2-1 victory over London rivals Chelsea.

The Blues took the lead with one of Didier Drogba’s many cup final goals, but Spurs came fighting back, equalising with a Dimitar Berbatov penalty before a Jonathan Woodgate header proved the match-winner in extra time.

We’ve taken a look back at Tottenham’s side from that day to see how they’ve fared since.

A high point of the goalkeeper’s career and the only piece of silverware he lifted after the FA Youth Cup with Leeds back in 1997. A solid performance at Wembley was a good riposte amid growing scrutiny following his howler for England against Croatia back in 2006.

Still, he left four months after this, replaced by Heurelho Gomes, but remained a top-flight stalwart for years to come with over 100 Premier League appearances for Blackburn, before continuing to play for them following relegation in 2012.

He retired in 2017 following a stint with Burnley and now does some media work.

The former Scotland international’s Tottenham career peaked in just his third game for the club, having just arrived from Rangers.

Hutton would only be a peripheral figure during his three and a half year stint at White Hart Lane, but he went on to become something of a cult hero at Aston Villa, making over 200 appearances and eventually retiring in the summer of 2019 after helping the club get promoted.

Like Hutton, Woodgate made a stellar start to life at White Hart Lane, scoring the match-winning header in extra time, only a month after signing from Newcastle.

The former centre-half was a near ever-present during the subsequent 2008-09 campaign but otherwise struggled with injuries as he did throughout his career.

He saw out his final playing years with hometown club Middlesbrough and returned in a coaching role, later taking up his first managerial stint in the 2019-20 season before being axed for Neil Warnock.

Woodgate was most recently in charge of Bournemouth, beating the likes of Patrick Vieira and Thierry Henry to the job after making a strong start on a caretaker basis.

A one-club legend, King went from Tottenham ambassador to first-team assistant coach in 2020, having called time on his injury-laden playing career back in 2012.

Now seen looking a little pensive on the touchline, don’t be shocked to see his name feature in a “First-team coach Ledley King will oversee managerial duties as caretaker until the end of the season” press release if/when Conte loses his shit for the final time. 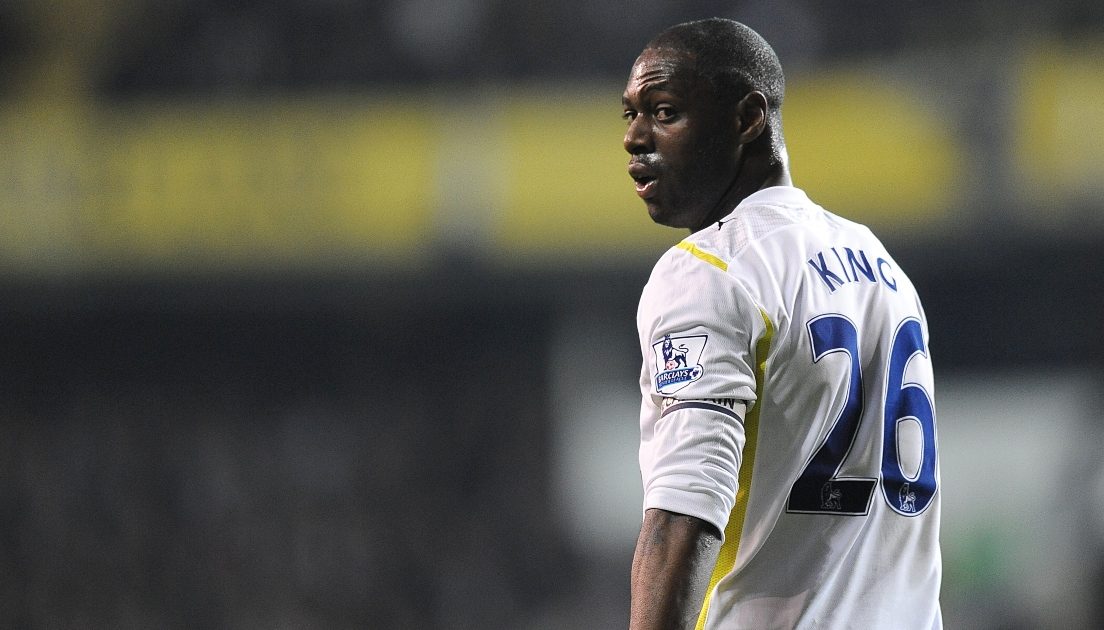 READ: A tribute to ‘Sir’ Ledley King, the most cultured defender of his era

That second stint would only last until the end of the season, and a nomadic career continued with spells at Blackburn, QPR, Doncaster, Carlisle and eventually Arles-Avignon, where he retired as a professional in 2015.

He was most recently seen turning out for non-league side Ashton Town, back in 2019.

Huddlestone, meanwhile, is still turning out for Championship side Hull City at the age of 35.

A decade after joining, with over 350 appearances made, Lennon left Spurs for Everton in the summer of 2015.

He remained a Premier League player until 2020, with two-and-a-half seasons at Burnley following his time in Merseyside, but he never quite replicated the same consistency after leaving north London.

The 33-year-old winger is still playing and is currently involved in a relegation scrap at Turf Moor.

The former England midfielder hasn’t aged a bit since his playing days, and is a prominent pundit on BT Sport and the BBC, as well as the One Show. We’re half expecting him to replace Gary Lineker on Match of the Day before long…

Jenas made over 150 appearances across his first four seasons at Tottenham, but subsequent years saw him increasingly sidelined due to serious injuries. He retired aged 32, back in 2014, after a season in the Championship with QPR.

Zokora followed the Freddie Kanoute path of leaving Tottenham for Sevilla in 2009 and won the Copa del Rey in his first season at the club. He subsequently played for clubs in Turkey, India and Indonesia in a well-travelled career.

The highlight of those later years undoubtedly came at Trabzonspor, taking a literal approach to kicking racism out of football, having been subjected to abuse by Fenerbahce midfielder Emre.

The stocky midfielder became Sunderland’s trusty Steed in the summer of 2008. He made over 100 appearances across three seasons for the Black Cats before returning to France, signing for Saint-Etienne in 2011.

A decade later, at the age of 41, he was still turning out in France for lower-league non-professional side Limonest Saint-Didier. We still haven’t heard a retirement announcement from the former Fulham man.

Tainio would also rock up alongside Chimbonda and Malbranque at the Stadium Of Light in 2008.

The midfielder retired in 2014 after spells with Ajax and New York Red Bulls and HJK Helsinki. He’s currently the manager of Finnish side FC Haka, who first gave him his break as a player, and led them to promotion from the second tier in 2019. 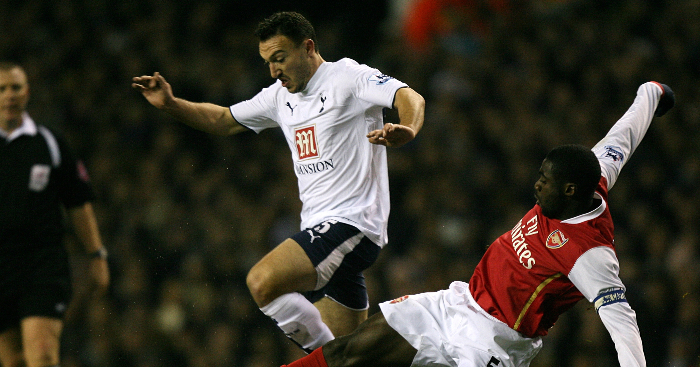 He’s now frequently offering opinions on his former clubs in the media, most recently goading Pep Guardiola about the lack of characters in the Manchester City squad.

Arguably the coolest forward in Premier League history, and certainly the most nonchalant, we really miss Berbatov. His strike partner wasn’t bad, either…

Keane was the fifth player of Spurs’ cup-winning Wembley XI to depart the club only a few months later, signing for the club he’d always supported as a boy – or one of them, anyway, we’ve lost track – Liverpool.

He’d be back six months later after scoring seven goals in 28 appearances for the Merseyside club, but he was never as prolific on his return.

The striker found his shooting boots again in the MLS, scoring over 100 goals in six seasons with LA Galaxy before hanging up his boots for good in 2018.

He’s since done his coaching badges, and has been an assistant to old friends Jonathan Woodgate at Middlesbrough and Mick McCarthy at the Republic of Ireland, but has since left both posts after they did.

Kaboul came on to shore things up in place of the striker in extra time at Wembley, helping see out the win, but he too would leave shortly after – joining Harry Redknapp at Portsmouth, before reuniting with the manager back at White Hart Lane.

The Frenchman retired aged 32, back in 2018, leaving Watford by mutual consent.