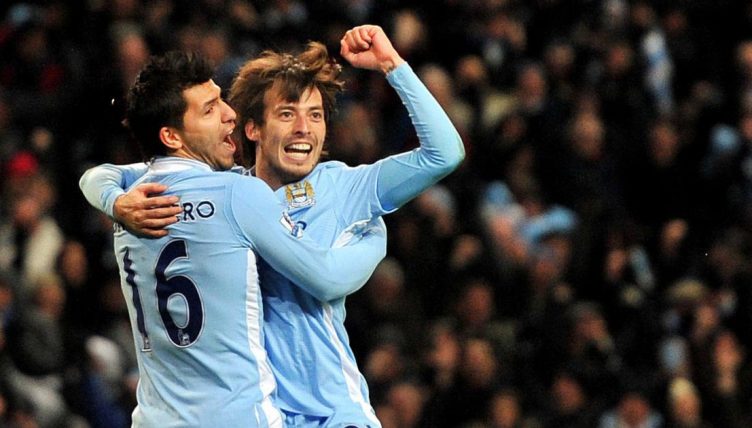 Sergio Aguero has sadly announced his retirement from football following the diagnosis of a heart problem, after just six months at Barcelona.

The Argentina striker joined the Catalan giants in the summer of 2021 after 10 glorious years at Manchester City, where he won every domestic trophy on offer, including five Premier League titles, and scored 184 goals, placing him fourth in the Premier League’s top scorers list.

Joining from Atletico Madrid in the summer of 2011, Aguero hit the ground running, with two goals on his debut and 23 goals in his first season, which included his last-minute winner against QPR to win City their first-ever Premier League title.

At the time of his arrival, City were assembling a team of superstars who would eventually fire them to glory, and they kicked off the season with a 4-0 win over Swansea under Roberto Mancini.

Aguero started on the bench that day, and it was a team that possessed serious firepower. Here’s where the rest of them ended up.

Once Manchester City and England’s undisputed first-choice goalkeeper, Joe Hart hasn’t had the best time since leaving the Etihad.

The appointment of Pep Guardiola in 2016 and his desire for a sweeper-keeper saw Hart go out on loan to Torino and West Ham, before completing a permanent move to Burnley in 2018.

His poor form meant he also lost his England place, and, after warming the bench at Burnley and Tottenham, he is finally a first-choice ‘keeper again, now with Celtic north of the border.

Hart joined City from Shrewsbury Town in 2006, trading League Two for the top flight as a highly-rated teenager, and in his tenure did find himself going through rough spells on multiple occasions. 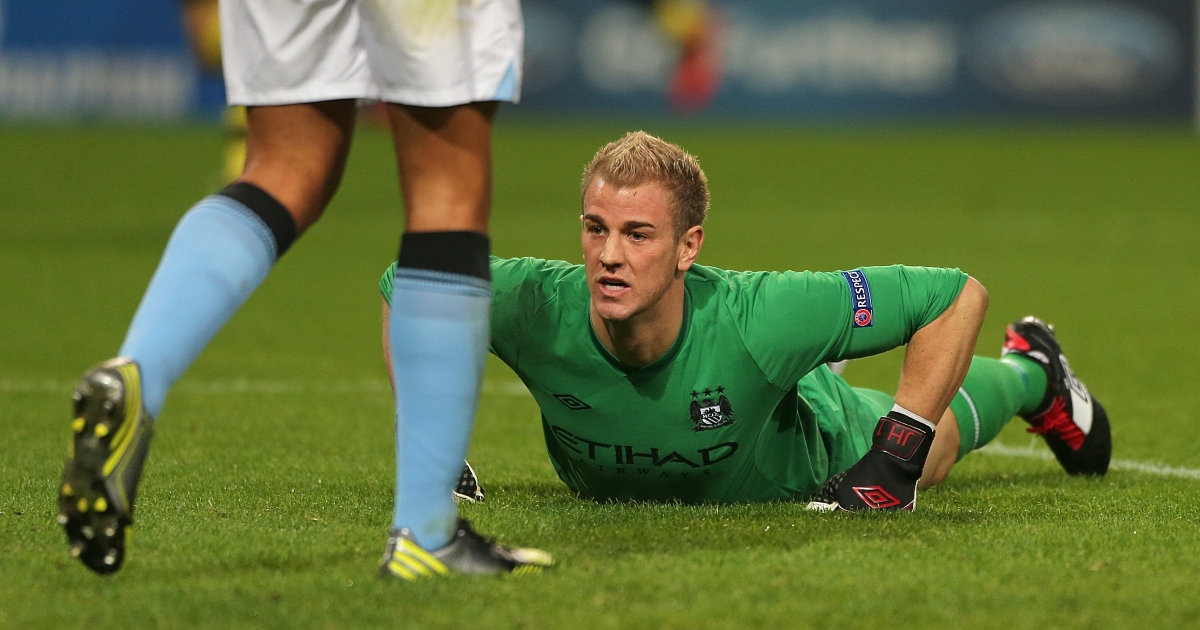 READ: A forensic analysis of the night Joe Hart faced down Dortmund on his own

Once a highly rated prospect from the Manchester City academy, injuries stopped Richards from reaching his potential, and he was eventually loaned to Fiorentina in Italy before a disastrous spell at Aston Villa.

Richards made his first-team debut in 2005, spending nine years at the club before his loan to Serie A.

Captain. Leader. Legend. The Belgian powerhouse at the back was crucial for City from his arrival in 2008, leaving after winning his fourth league title in 2019.

He did have his injury problems but is one of the greatest defenders the league has seen.

Kompany moved to Anderlecht, where it all began for him, initially as player-manager, before hanging the boots up a season later, and is still head coach at the club.

His departing gift to the City? This goal which kept them inches above Liverpool in the tightest of title races.

The England international centre-back had a respectable career at City, making 107 league appearances in five years after joining from Everton in 2009. But what followed was utter chaos.

After one season at West Brom after leaving Manchester, Lescott, a boyhood Aston Villa fan, moved directly across the Midlands to Villa Park, and was greeted with some excitement.

His spell at Aston Villa was nothing short of a disaster. In just one season, he was relegated alongside Richards, and angered the entire fanbase after tweeting a picture of a supercar immediately after a 6-0 defeat to Liverpool.

That was never going to go down well…

Speaking on #TheDebate, Joleon Lescott admitted his tweet about an expensive car after Aston Villa were thrashed 6-0 by Liverpool ruined his relationship with the club and its fans. 💔 pic.twitter.com/DZJrG6XXZh

One of many, many Manchester City signings from Arsenal, Gael Clichy made his debut in the same match as Aguero, following his arrival at the same time as fellow Gunner Samir Nasri, and would become a rotational option at left-back for City over the next few years.

Sometimes defensively suspect, Clichy had a spell for Istanbul Basaksehir before signing for Servette in Switzerland.

Quite possibly one of the scariest footballers ever, Nigel De Jong had a three year spell at City after signing in 2009.

The Dutch defensive midfielder, who famously escaped a red card in the 2010 World Cup final, for a ‘tackle’ on Xabi Alonso which can only be described as assault, left for AC Milan following the 2012 title win.

De Jong would go on to have stints at LA Galaxy and Galatasary among others, and most recently played in Qatar for Al-Shahania.

It was De Jong who made way for Aguero against Swansea in the 60th minute, before Aguero bagged himself a brace in half an hour.

The player with the most Premier League appearances ever, Gareth Barry was forever underrated at City after signing from Aston Villa in 2009, where he stayed until he was loaned out to Everton in 2013 following the arrival of Fernandinho.

Barry did well at Everton, making 99 of his 653 league appearances there, before eventually retiring at West Brom.

His time at the Hawthorns was another chaotic stint in the Midlands for a City player, where he and three others were accused of stealing a taxi during a training camp in Barcelona.

Once an England international winger, Johnson ended up leaving City for Sunderland. While in the North East, Johnson was arrested and served time in prison from 2016 until 2019. He has not played professional football since.

Stefan Savic came on for his debut alongside Aguero and Clichy, but only lasted one season at the Etihad before moving to Atletico Madrid.

The Montenegro international became a reliable defender under Diego Simeone and is still a regular player in their backline.

Another player from this team who would go on to be a Premier League great, Yaya Toure was one of the most fearsome midfielders in the world during his prime.

With technical elegance like David Silva, but the power of Patrick Vieira, Toure would be one of City’s biggest goal threats from midfield, and there was plenty of excitement when he arrived from Barcelona for £24million in 2010.

After leaving City, where he spent eight seasons and scored 79 goals, Toure returned to Olympiacos, where he spent one season in 2005, before retiring after a year in the Chinese Super League with Qingdao Huanghai.

A talent like that has to be nurtured. In Toure’s case, just never forget to buy him a birthday cake.

Yes, the birthday cake thing sorta ruined it, but let's have a stroll back into Yaya Touré's absolute, steaming prime, shall we? pic.twitter.com/txZnBKKz3U

Another player who made himself a Manchester City legend, David Silva was an absolute genius with the ball.

Ten years and 436 appearances for the club after moving from Valencia in 2010, Silva moved back to Spain with Real Sociedad, where he is still showing off the skills even at the age of 35.

James Milner, the same age as Silva, was a reliable, versatile option for City for years, but left on a free to Liverpool in search of regular football.

He remains at Liverpool, where he has played all over the pitch, and now boasts a remarkable CV which includes three titles and a Champions League.

Milner came from Aston Villa in 2008, and would have Barry follow him to Manchester a year later. 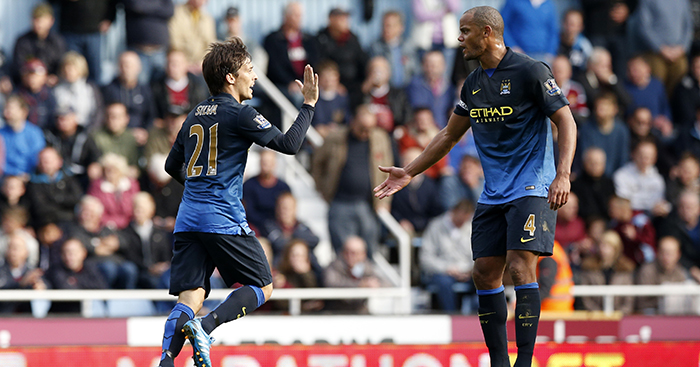 The Bosnian target man arguably never got the respect he deserved in England. Overshadowed by Aguero and the countless other strikers City signed, Dzeko was a player with immense attacking quality, who joined the club just six months before the Argentine.

He eventually joined Roma, where he scored 119 goals, before signing Inter Milan in the summer of 2021 at the age of 35.

Even now, he continues to impress, and considering some of the other forwards City tried to replace him with, perhaps he deserved more opportunities in Manchester.