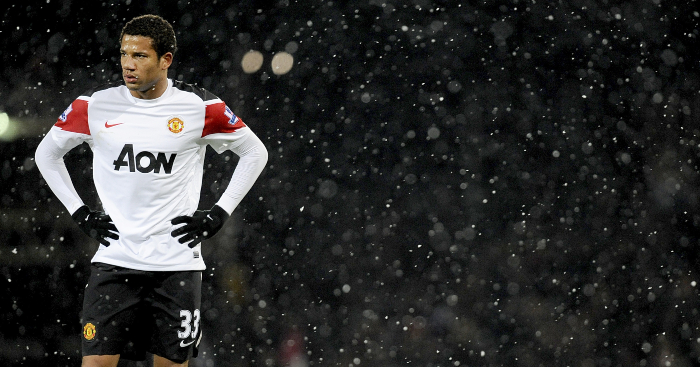 Ten years is a long time in football, and it’s fair to say the decade has gone wildly differently for some nominees for the 2010 European Golden Boy award compared to others.

The award, voted for by journalists around Europe, is given to the best under-21 player in the continent over a calendar year.

We’ve taken a look back at the 40 nominees for the award in 2010 to see how they fared over the past 10 years.

Andre Balada: A Dynamo Kiev player at the time, having shone for Santos, Balada made his Brazil debut shortly after moving to Europe but spent the rest of the decade bouncing around clubs. He is now back in his homeland with Gremio.

Mario Balotelli: A quiet decade for Balotelli, the eventual winner of this award; seven transfers, five trophies, plenty of off-field antics and one ‘Why Always Me?’ undershirt. We didn’t expect him to end the decade being told he could leave Brescia on a free transfer, mind.

Bebe: Now playing in Spain’s second tier with Rayo Vallecano, when you search ‘Bebe’ in Google the first results are for a women’s clothing company rather than the former Manchester United man and (sort of) Portuguese title winner.

Yacine Brahimi: It feels like Brahimi has spent much of the decade being linked with a big move to the Premier League while shining for Porto, but the winger ends 2019 in Qatar with Al-Rayyan after reportedly snubbing a free transfer to Arsenal in the summer.

Sergio Canales: Considered a hot prospect at Real Madrid after joining from Racing Santander, persistent injuries curtailed Canales’ career. However, he has enjoyed a recent upturn since moving to Real Betis in 2018 and finally won his first caps for Spain earlier this year.

Diego Contento: Despite never being a regular, Contento collected a number of honours with Bayern Munich over the first half of the decade before moving to France with Bordeaux. The left-back has spent the last two seasons back in Germany with Fortuna Dusseldorf but has made just one appearance due to serious injury.

Philippe Coutinho: Three years into the decade, Coutinho left Inter to join Liverpool for £8.5million. Five years later, he left Liverpool for Barcelona in a deal worth a potential £142million. Sure, he’s now on loan at Bayern, but we reckon those figures suggest he did something right in the 2010s.

David de Gea: Still at Atletico Madrid at the time, De Gea soon spent a “horrendous” first six months at Manchester United before finding his feet and spending the rest of the decade tediously being linked with moves to Real Madrid.

Luuk de Jong: Four Dutch titles, one loan move to Newcastle in which he failed to score followed by five years at PSV in which he scored 112 goals in 204 appearances, now at Sevilla. That probably sums up Newcastle’s decade as well as it De Jong’s.

Nathan Delfouneso: A Football Manager prodigy at Aston Villa, the striker now finds himself at Blackpool in League One, the division in which he has scored the majority of his 41 career league goals.

Mattia Destro: Another Football Manager hero, Destro counts both Milan clubs plus Roma on his CV, as well as eight caps for Italy, although he has not quite lived up to the hype and has spent the last five years at Bologna, scoring at a rate only Shane Long would find prolific.

Alan Dzagoev: Once the great hope of Russian football, Dzagoev remains with CSKA Moscow with a mooted big-money move to having failed to materialise. Suffering a hamstring injury 24 minutes into a home World Cup in 2018 probably sums up his decade as one of Europe’s nearly men.

Christian Eriksen: It’s all gone a bit wrong at the end, but Eriksen has had a pretty decent last 10 years, hasn’t he?

Mario Gotze: Is it really fair to suggest someone who scored the winner in the 2014 World Cup final has had a slightly underwhelming decade?

Abel Hernandez: Tuttosport probably didn’t expect Hernandez, to enjoy his most prolific seasons of the decade playing second tier football, first for Palermo in Serie B and then for Hull City in the Championship. After an injury-plagued season at CSKA Moscow the striker is now at Al Ahli in Saudi Arabia.

Gael Kakuta: Briefly made headlines after Chelsea were given a transfer ban for signing Kakuta from Lens, which was overturned on appeal, the winger is onto his 12th club of the 2010s with Rayo Vallecano.

Bojan Krkic: The decade wasn’t meant to end by playing in the Championship with Stoke City before switching to MLS at the age of 28. Still, he seems one of football’s good guys.

Adem Ljajic: After spending the majority of the last 10 years in Serie A with Fiorentina, Roma, Inter and Torino, Ljajic is now with Besiktas, but his only honours remain a Serbian league and cup double won with Partizan Belgrade in 2008-09.

Romelu Lukaku: One of only four players to score over 100 goals in the Premier League this decade, Lukaku is showing early signs of threatening to do the same in Serie A with Inter.

Federico Macheda: It seems strange to think the highlight of Macheda’s career came before this decade. We’re getting old. Oh, and he’s now at Panathinaikos btw.

Joel Matip: One of the most unheralded names on this list for much of the 2010s ends the decade as a European champion after becoming a key man at Liverpool.

Fran Merida: The midfielder never established himself at Arsenal and dropped down the divisions in Spain, either side of a spell in Brazil, although he has worked his way back into La Liga with Osasuna.

Ezequiel Munoz: The defender left Boca Juniors for Palermo in 2010 and later spent two years in Spain with Leganes but returned to Argentina this year with Lanus.

Mateo Musacchio: Seven years with Villarreal, now into his third season at Milan, a handful of Argentina caps. Solid if unspectacular.

Yann M’Vila: The saviour to Arsenal’s midfield that never was, M’Vila eventually moved to the Premier League with a season on loan at Sunderland but has returned to Ligue 1 with Saint-Etienne.

Sotiris Ninis: ‘The Greek Messi’ – those nicknames never go wrong, do they? – Ninis has been playing in Israel since 2017. Probably not as good as the actual Messi. 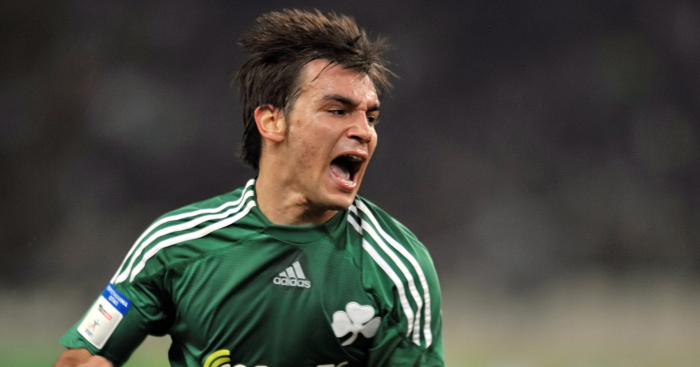 READ: What happened to Sotiris Ninis, the next great hope of Greek football?

Dani Pacheco: Liverpool considered Pacheco an exciting prospect but the attacking midfielder has spent the majority of his career in the second tier of Spanish football, currently with Malaga.

Marcus Pedersen: Currently a free agent having spent a season on loan at Barnsley in 2013-14, which doesn’t sound very Golden Boy.

Miralem Pjanic: One of the most aesthetically pleasing midfielders of the decade, which matters more than the three league titles with Juventus.

Gaston Ramirez: Five bright years in Serie A for Bologna and Sampdoria come either side of five largely forgettable years in England with Southampton, Hull City and Middlesbrough.

Emmanuel Riviere: We’re not sh*tting you, Newcastle fans, although you will be less surprised to discover the striker is currently playing in Serie B with Cosenza.

James Rodriguez: Best known for being attacked by a massive grasshopper at the 2014 World Cup.

Mamadou Sakho: 10 years of ups and downs for Sakho, but it’s nice he has found a home at Crystal Palace.

Eduardo Salvio: A Benfica favourite, Salvio returned to Boca Juniors this year with five Portuguese league titles to his name.

Andre Schurrle: We still think Schurrle is great for some reason, even if he did spend last season getting relegated with Fulham and is now on loan at Spartak Moscow with two goals in 18 games to his name.