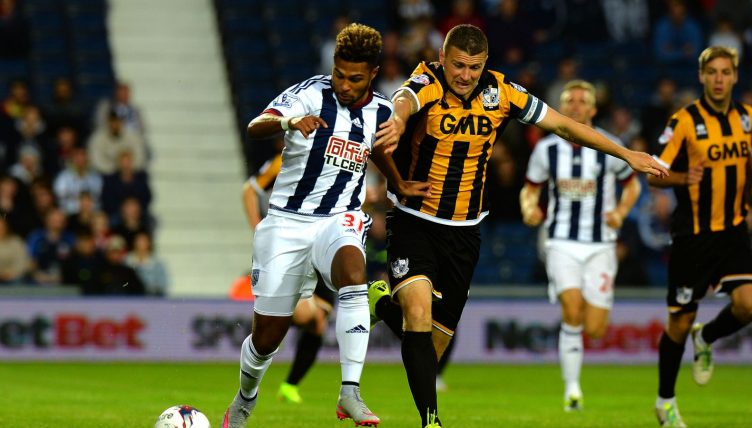 It’s fair to say Serge Gnabry has done pretty well for Bayern Munich – but back in 2015 he was deemed not good enough for West Bromwich Albion.

The German winger moved to The Hawthorns on loan from Arsenal at the start of the 2015-16 season, with Arsene Wenger insisting he “has the quality to play in the Premier League,” but Baggies manager Tony Pulis didn’t agree.

Gnabry played just once in the league, a 12-minute run-out against Chelsea, before having his deal cut short in January. Here’s what the players picked ahead of him have got up to since.

One of West Brom’s longest-serving players at the time, Morrison scored both West Brom goals in that defeat to Chelsea and was a regular until injury cut short his season in January.

The Scot missed most of the 2017-18 relegation campaign due to Achilles problems but returned to play 19 times in the Championship before being released and subsequently retiring in October 2019 after only receiving contract offers from lower-league clubs. He’s now a coach at West Brom.

Northern Ireland international Brunt would soon transition from midfielder to more of a full-back, but he was an option in a wide midfield role during the 2015-16 season.

The former Sheffield Wednesday man played 22 games before picking up a season-ending injury in February and returned to play at least 25 times in each of the next three seasons.

He helped West Brom back to the Premier League in 2019-20 but played only a bit-part role and was released at the end of the season. He then signed for Bristol city for a single campaign, but only made 12  league appearances.

One of Gnabry’s younger rivals, McClean was in his mid-20s in the 2015-16 campaign, his first in an Albion shirt after joining from Wigan Athletic that summer.

He missed just three games as West Brom pushed for a top 10 spot before falling away at the end of the season with a nine-match winless run.

McClean moved on after relegation in 2018, joining fellow Championship side Stoke City, and was one of their better performers during a generally torrid couple of years.

In 2021, he went full circle, joining Wigan again and helping them to the League One title.

The man who made way for Gnabry against Chelsea, McManaman was making his first West Brom start after a £4.75million summer move from Wigan.

However, he would only start six more games in the Premier League, joining Sunderland in 2017 and then returning to Wigan a year later.

He left the Latics for a second time 12 months later, joining Luton Town on a free, but he only lasted a year there too before being released.

He was most recently seen at Tranmere after a spell with Melbourne Victory in the A-League.

Pritchard joined on loan from Spurs as a like-for-like Gnabry replacement when the German returned to Arsenal and didn’t have much more of an impact.

The then-22-year-old played just twice in the league, both times from the bench, before returning to parent club Tottenham and subsequently making a permanent switch to Norwich.

The Canaries sold him to Huddersfield Town in 2018 and Pritchard helped keep the Yorkshire club in the Premier League that season.

After a couple of years in and out of the Terriers team in the Championship, he joined Sunderland in 2021.

Benin international Sessegnon had been linked with a move away from the Hawthorns in the summer of 2015, but he stuck around and played a further 25 games.

The versatile attacking midfielder would end up leaving at the end of the 2015-16 campaign, though, having scored just twice – openers against Stoke and Man City.

After a couple of years in France with Montpelier, he moved to the Turkish Super Lig in 2018 for three seasons with Genclerbirligi.

READ NEXT: Nine players who did nothing at Arsenal… but shone after leaving