Where are they now? The Real Madrid team from Iker Casillas’ debut in 1999 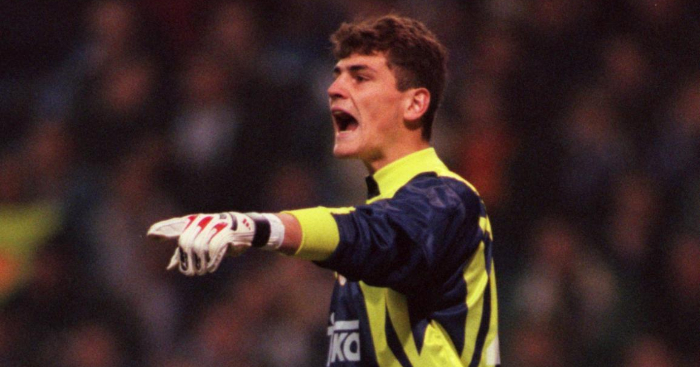 In his two decades as a player, Iker Casillas won literally everything there is to win with Real Madrid and Spain.

The goalkeeper was first handed his debut by John Toshack in a 2-2 draw away to Athletic Club way back on September 12, 1999.

Unsurprisingly, he’s the last player on the pitch that day to retire from the game. Here’s who else featured for Madrid that day, and what they’ve gone on to do.

The man himself, of course, went on to have a not-bad career in football, with his two decades in the game featuring five La Liga titles, two Copa del Reys, three Champions Leagues, the FIFA World Club Cup and two Intercontinental Cups with his boyhood club before adding a couple of Primeira Liga titles with Porto, not to mention the World Cup and two European championships he won with Spain.

He never made it back onto the pitch after suffering a heart attack in June 2019, however, officially announcing his retirement a year on.

The legendary goalkeeper recently ran for RFEF President but withdrew before the election, suggesting a post-playing career in football administration could be in the works.

The Brazilian remained at Real Madrid until 2007 and carried on playing for another eight years after that with stints at Fenerbahçe, Corinthians and Anzhi Makhachkala before a brief comeback in the Indian Super League with Delhi Dynamos, who he also managed.

The former left-back also had stints in the dugout of Turkish sides Sivasspor and Akhisarspor and returned to Madrid in 2019 to take up a coaching role with the club’s Castilla youth side.

After making over 500 appearances for Real Madrid, a short stint at Saudi-Arabian side Al Rayyan was to follow, before Hierro made his return to Europe to see out the final year of his playing career in 2004 – at Sam Allardyce’s Bolton Wanderers, of all places, where he was absolutely mint.

Hierro returned to Madrid to serve as Carlo Ancelotti’s assistant in the 2014-15 season and was later drafted in at the last second to manage Spain at the 2018 World Cup following Julen Lopetegui’s shock dismissal on the eve of the tournament. 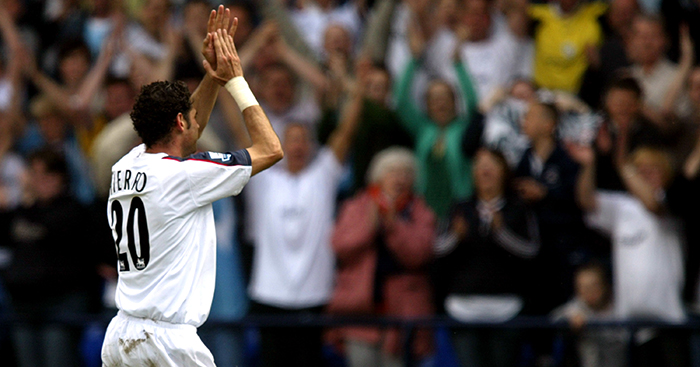 No, not the former Inter keeper, but his Brazilian compatriot, a journeyman centre-half who made just 21 La Liga appearances for Los Blancos between 1999 and 2002 amid loans to Milan, Real Sociedad and Benfica.

He would later join Hierro, briefly, at Bolton in a nomadic club career that saw him play in 12 different countries, from Mexico (Tigres) and Honduras (Marathón) to Canada (Toronto FC), Romania (Dinamo Bucureşti) and Austria (Wien).

He was most recently seen in the dugout of Ukrainian side Olimpik Donetsk.

Another Galactico-era Madrid stalwart to rock up in Lancashire, Michel Salgado went on to make 66 Premier League appearances for Blackburn Rovers after leaving Madrid in 2009.

He retired after seeing out his contract at Ewood Park but returned to the pitch to make a single appearance for Panamanian club Plaza Amador in 2018. He’s also served as Galicia’s coach since 2016, with the regional team not UEFA or FIFA affiliated and only permitted to play friendlies.

The Argentine was a two-time La Liga and Champions League winner during his six seasons at the Bernabeu, before an £11million transfer to Milan in 2000.

A horrific knee injury kept him waiting to make his competitive Rossoneri debut for over two years, eventually making 33 appearances between 2002 and 2004, an unlikely late-career resurgence that saw him add a Scudetto, Coppa Italia and another Champions League to his honours list.

“I had some concrete offers last year but it wasn’t the right moment,” he has told Spanish outlet AS, hinting at a career in coaching 16 years after retiring as a player.

“We did an interview when we were finishing the UEFA Pro in the Spanish federation where we speak about the decision and the importance of working your way up. I had it lined up to travel to Spain, Italy and England to compare methodologies.”

At 20 years old, Geremi was Madrid’s second-youngest player after Casillas that day, having recently signed from Turkish side Gençlerbirliği.

He never quite made it at the Bernabeu before stints in the Premier League with Middlesbrough, Chelsea and Newcastle. Geremi retired from playing in 2011 and now works in the Cameroon Football Federation.

One of British football’s most successful exports to La Liga, the former Liverpool midfielder’s four years in the Spanish capital was full of silverware, with two league titles alongside two Champions Leagues.

He called time on his playing career in 2005 after a short stint with Manchester City. Anyone that watches football on BT Sport will be familiar with his unmistakable Scouse accent in the commentary box these days. 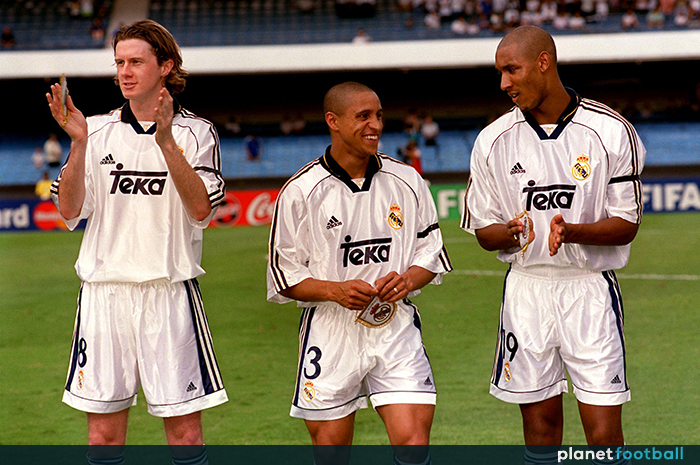 READ: Steve McManaman: I had to turn games for Liverpool; seven could do it at Real

Brazilian winger Savio enjoyed the best years of his playing career with Madrid, making over 100 appearances between 1998 and 2003, but continued playing until 2010, retiring back in Brazil with relative minnows Avaí.

He’s no longer in the game but regularly offers opinions on his former side in the Spanish press.

El Ferrari eventually left his boyhood club in 2010, having scored 323 goals in 741 appearances. He continued playing until 2015, turning out for Schalke, Al Sadd and New York Cosmos before going into coaching.

He’s currently manager of Real Madrid Castilla and has been spoken of as a potential successor to Zinedine Zidane for the first team. 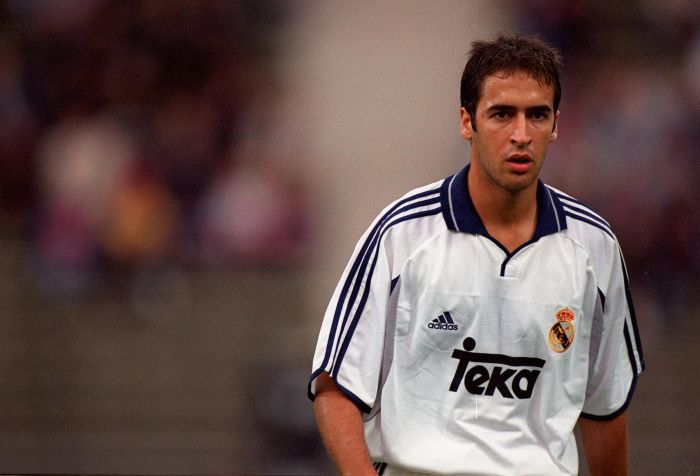 READ: 11 of the best quotes on Raúl: ‘He walks on the turf and astounds’

Prolific for both Madrid and Spain, he eventually departed for Liverpool in 2005 after eight successful years. Goals weren’t quite as free-flowing on Merseyside or at Valencia, and he hung up his boots at Marseille in 2010.

He would later return to the pitch for Spanish lower-league side Santa Ana in 2015, and briefly coached Madrid’s Under-17s, but he’s not currently involved in football.

Helguera was new to Madrid that summer, but he’d remain there for the bulk of his playing career, a mainstay until his exit in 2007. Two seasons at Valencia rounded off a solid career, and he’s stayed away from the spotlight since his retirement.

Some argue that Guti never quite fulfilled his potential at Real Madrid, but he supplied two of the most gloriously devilish assists in football history, so who are we to judge him.

Most recently seen shunning his iconic nickname and demanding to be referred to by his full name Jose Maria Gutierrez when he was unveiled as Almeria’s coach. But the Segunda Division side recently sacked him after less than a full season in the dugout.

This was one of Anelka’s 19 La Liga appearances, leaving the club unceremoniously after just one season having failed to live up to the hype of his early Arsenal displays.

The erratic striker would go on to play for a range of clubs for another 15 seasons, scoring over 200 career goals. He was most recently seen as a youth coach with Lille but left earlier this year.