Where are they now? The six Bayern kids given debuts by Pep Guardiola 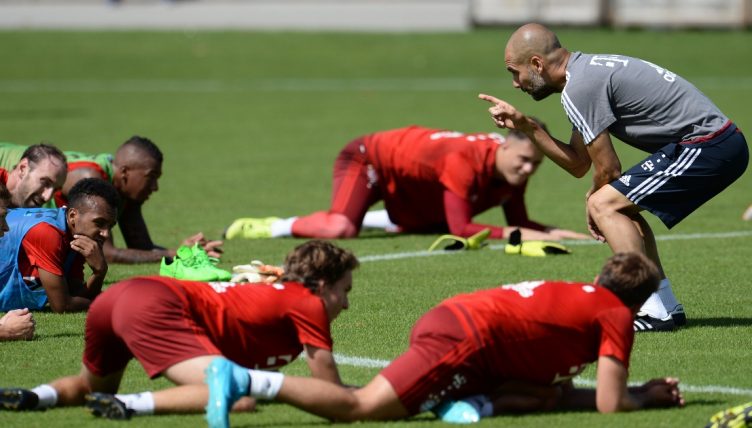 While Pep Guardiola isn’t shy of giving first-team opportunities to young players, he didn’t have much success with Bayern Munich’s academy graduates.

Guardiola won the Bundesliga titles in each of his three years in Germany but failed to unearth the next Bastian Schweinsteiger or Philipp Lahm.

During his time in Bavaria, he never quite boasted a success story like Manchester City’s golden boy Phil Foden, nor called upon Bayern’s Sabener Strasse youth products as he did with the starlets emerging from Barcelona’s fabled La Masia – the academy, of course, where he came through himself.

We’ve taken a look back at every academy product Guardiola handed a senior debut to at Bayern Munich.

Signed from Schalke as a teenager, Raeder made his senior Bayern debut in a 3-0 defeat to Borussia Dortmund in April 2014, replacing an injured Manuel Neuer at half-time.

The goalkeeper only made two more appearances for the club and signed for Portuguese club Vitoria Setubal at the expiration of his contract.

After making four appearances for Bradford City in 2017-18, he returned to Germany to play for third-tier VfB Lubeck. Nowadays he’s turning out for German third-tier outfit MSV Duisburg.

Timing is everything in football, but Sallahi got his all wrong as his one and only first-team appearance came as Bayern lost their 53-game unbeaten streak with defeat to Augsburg in the Bavarian derby in April 2014.

He joined second-tier outfit Karlsruher SC in January 2015 but has been without a club for the last five years.

Green was regarded as one of Bayern’s brightest prospects and made his first-team debut against CSKA Moscow in the Champions League in November 2013.

The USA international then went to the 2014 World Cup and became the youngest American to ever score in the competition by finding the back of the net against Belgium.

After a disastrous loan spell at Hamburg, where he barely played, he joined Stuttgart in 2017 and currently plies his trade for Greuther Furth – he helped them win promotion after three years in the Bundesliga II, but couldn’t stop them going back down after finishing bottom last term.

“For a soccer player it’s one of the best feelings to wear your nation’s jersey and it’s a big goal for me to get back there,” Green told ProSoccerTalk in 2019.

“Right now I’m focusing on Furth and I want to make good games here and then we’ll see what will happen in the future.”

Teenagers to score at a #WorldCup in the 21st century:

Christened on the world stage. 👶 pic.twitter.com/AeSkz01Nhq

Gaudino made his first-team debut against Borussia Dortmund in August 2014, when he was just 17 years of age, and was tipped for a bright future by Guardiola.

But it was one of only 11 appearances for the club before the midfielder joined Chievo in 2017.

“It was like a dream, but I only realised it later. I was young and innocent,” Gaudino told Sport Bild in 2019.

“I just had fun and thought, ‘Wow, cool. A week ago, you were in the Under-19 team, and now you’re suddenly playing with all the top stars – I can’t believe it.’

“After the first matches, I obviously thought that I could make it at FC Bayern in the long run. But then I fell into a hole.

“I just wasn’t ready. My weight was 60 kilograms back then. Today, my weight is 75. I was lacking those 15 kilograms. Physically and mentally, I wasn’t at the level I needed to be in order to assert myself and nail down a spot among the professionals.”

The 25-year-old signed for Young Boys in January 2019 and is still in Switzerland, turning out for Lausanne-Sport these days. 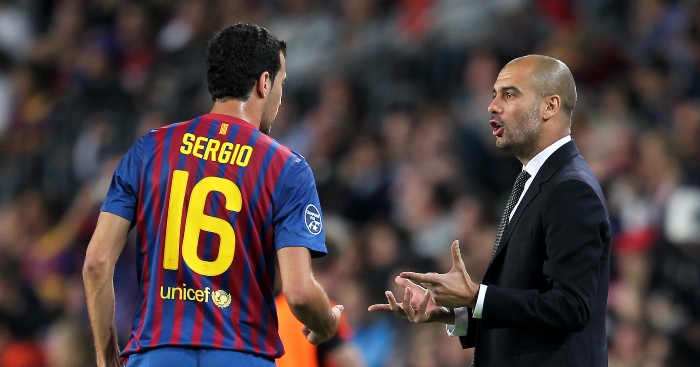 READ: Where are they now? The 14 Barcelona kids given debuts by Pep Guardiola

After scoring 16 goals in 24 games for Borussia Monchengladbach’s Under-19 team in 2013-14, Kurt joined Bayern’s reserves and was handed his senior debut by Guardiola.

But his time at the club was reportedly blighted by attitude problems and the 25-year-old signed for Hertha Berlin in January 2016.

Pantovic was handed an injury-time cameo against Werder Bremen in 2015 but that proved to be his only senior appearance for the club.

He’s spent the last four seasons with Bochum, who went up to the Bundesliga alongside Julian Green’s Greuther Furth last summer.

At the age of 25, the Serbian forward is finally playing regular top-flight football for the first time in his career. He’s scored three goals in 17 Bundesliga appearances so far this season.

READ NEXT: An amazing Xl of players Pep Guardiola has sold during his career