Where are they now? Tottenham’s XI from Ryan Mason’s 2008 debut 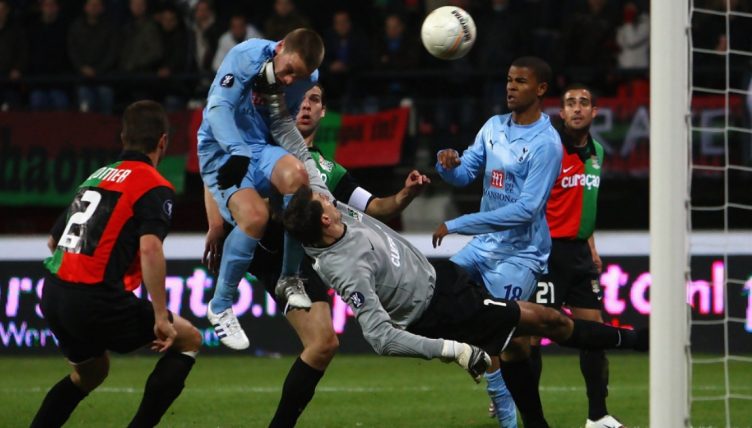 Back in 2008, Mason made his Tottenham debut as a 90th-minute substitute during a 1-0 win over NEC Nijmegen in the UEFA Cup.

We’ve taken a look at the subsequent fortunes of the Tottenham line-up from that night in the Netherlands.

Castigated by many during his first season in England, Gomes became a more dependable goalkeeper over the course of his six years at Tottenham.

He performed much the same role at Watford afterwards, alternating between tremendous saves and the occasional howler. Still, it was hard not to warm to the Brazilian, who endeared himself to supporters of both clubs.

Gomes retired in 2020, stating in an interview with ESPN Brazil that he didn’t want to play for another team after Watford.

It never quite worked out at Spurs but, in 2021, Gunter became the first Welsh footballer to win 100 caps for his country.

The full-back was sold to Nottingham Forest in the summer of 2009 before moving to newly-promoted Reading three years later. The Royals went straight back down but Gunter stayed with the club for a further seven years.

He currently plays for Charlton Athletic in League One.

The centre-back was something of a cult figure at White Hart Lane, winning the affections of supporters with his whole-hearted displays.

Bought in 2005, Dawson ended up making 324 appearances for Spurs as the club established itself in the upper third of the Premier League.

But Mauricio Pochettino didn’t fancy him, and Dawson was sold to Hull in 2014. He’s now back at his first club Nottingham Forest but hasn’t made a single appearance in 2020-21. It appears retirement is imminent for the 37-year-old.

The last Spurs player to score a winner in a cup final, Woodgate’s time in north London mirrored the rest of his career – good in spells but marred by injury. After leaving in 2011, spent time at Stoke and Middlesbrough before retiring in 2017.

Following a brief spell as Liverpool’s scout in Spain and Portugal, Woodgate joined the Boro coaching staff and eventually became their manager in 2019.

Chairman Steve Gibson told reporters he’d appointed the former centre-back to “restore attacking football”, although even we’d have fancied our chances of being more adventurous than Tony Pulis.

But Woodgate performed poorly and came under heavy criticism from Middlesbrough supporters. He was sacked in June 2020 and is currently Bournemouth’s interim manager until the end of the 2020-21 season. 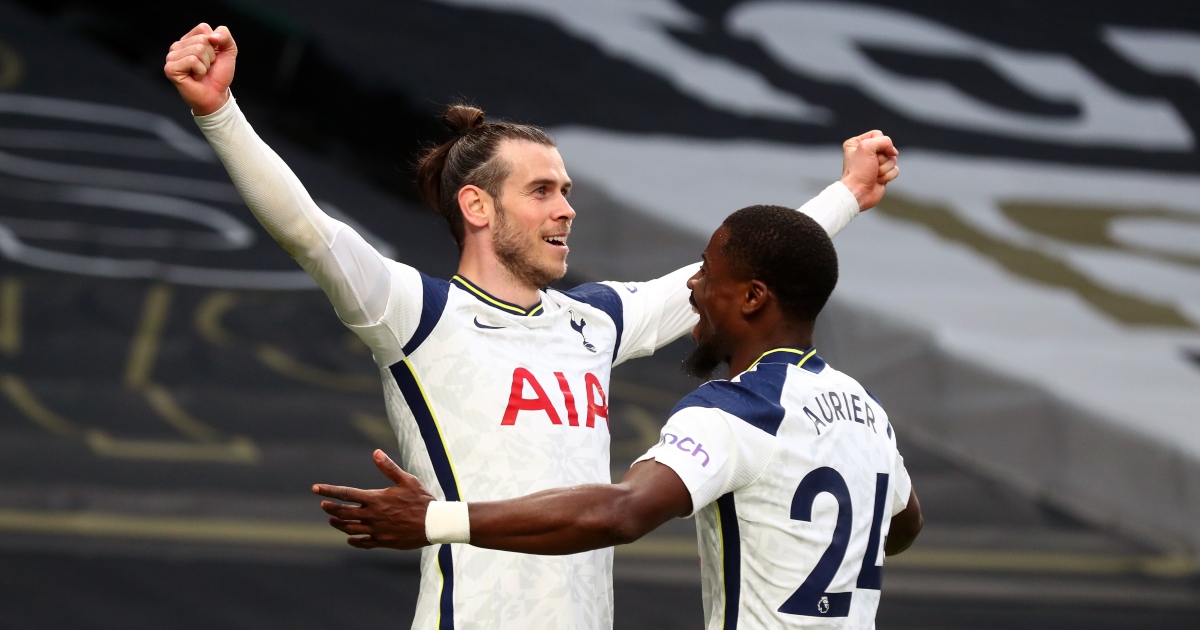 READ: Who knew that getting the best out of Gareth Bale meant letting him attack?

Bentley shone at Blackburn and earned a £15million move to White Hart Lane in 2008. But his form dipped thereafter and he retired, aged just 29, five years later.

Speaking to The Athletic in May 2020, he said: “Football, for me, is an art form; a creative art form that you express with natural ability, which you maximise through the dedication of being fit. But I think things changed when it became a job.

“It was a rockstar life. You’re getting paid to play football every day. It was incredible. And then it got… halfway through my career, it was like, ‘This is a job.’”

His 17-year-old replacement in the Netherlands still loves the game, despite the cruel hand it dealt him. Mason became a tidy central midfielder for Spurs after honing his skills during nine different loan spells.

He eventually moved to Hull before suffering a career-ending fractured skill during a match at Chelsea in 2017. Mason joined the coaching staff at Tottenham and became interim manager following Jose Mourinho’s sacking in April 2021.

Bought to replace the Manchester United-bound Michael Carrick, Zokora became a solid presence in the Spurs midfield under Martin Jol and Redknapp.

Redknapp didn’t rate him as highly and soon bought Wilson Palacios to replace him. Zokora moved to Sevilla in 2009 before spells in Turkey, India and Indonesia in what sounds like an immense gap-year itinerary.

We still have an awful lot of affection for him for kicking Emre Belozoglu in the bollocks after allegedly being subjected to racist abuse.

The languid midfielder had many highlights in a white shirt, including a goal of the season contender against Manchester City in 2006.

Although he rarely moved outside the centre-circle in later years, Huddlestone had a good spell at Hull City before returning to Derby. He left the club in July 2020 and is currently without a club.

The matchwinner in Nijmegen, O’Hara was another member of this team to burn the candle at both ends.

His football career was often overshadowed by his love life, but O’Hara was a fine midfielder on his day. Loan spells at Portsmouth and Wolves were productive, but his career began to decline after a permanent move to Molineux in 2011.

He gradually slid down the Football League and ended up spending three years at Billericay Town. And appearing on Celebrity Big Brother in 2017.

Best remembered at Tottenham for missing a chance that Harry Redknapp said his wife would have scored, Bent described his spell at Tottenham as “the hardest two years of my life”.

He was sold to Sunderland in 2009, where he regained his form and a place in the England squad, celebrating, in his own words, “like a maniac” after scoring against Spurs. Spells at Aston Villa, Fulham, Brighton and Derby followed before his retirement in 2019. Bent currently appears as a pundit on talkSPORT.

Lennon served Spurs with greater distinction, making 364 appearances over a 10-year spell at White Hart Lane between 2005 and 2015 and was much loved by supporters.

After moving to Everton, Lennon was detained under the Mental Health Act by police and admitted to battles with depression, but his career got back on track at Burnley in 2018 before his transfer to Turkey and Kayserispor. 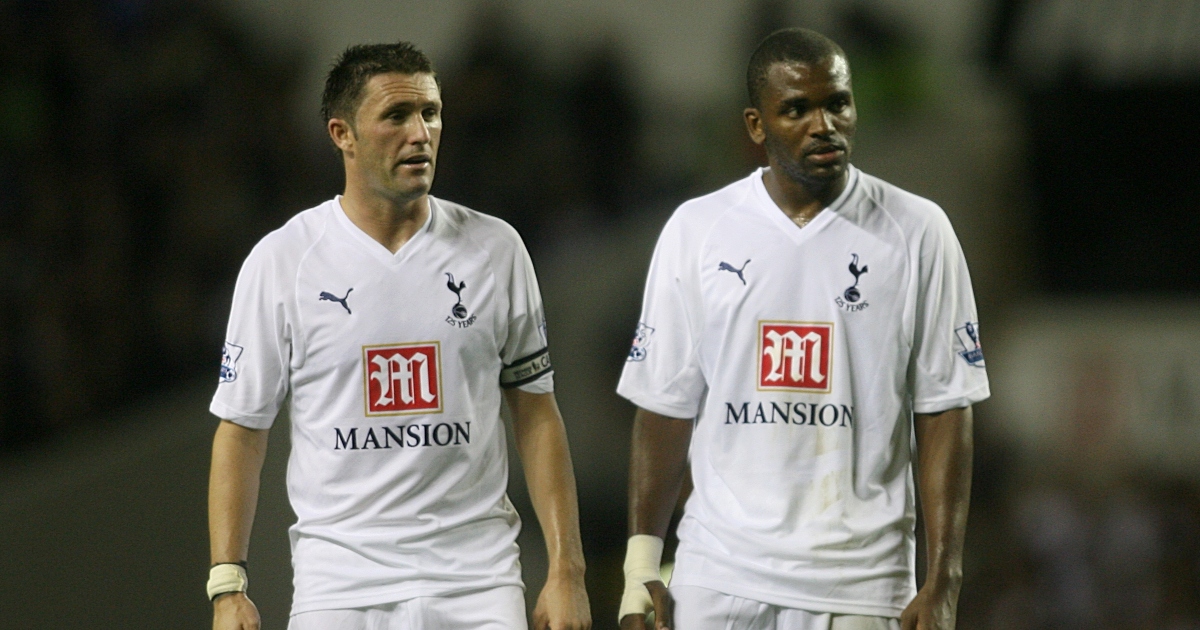 Only a few players have played for both Manchester United and Tottenham. Dimitar Berbatov? Teddy Sheringham? Michael Carrick? Check, check and check.

But Campbell is another one. He only scored one Premier League goal for Spurs, although a brace against Liverpool helped them progress to the 2009 League Cup final.

He moved to Sunderland in 2009, but persistent knee injuries hampered his career. He currently turns out for Championship side Huddersfield Town.

Obika didn’t make the grade under Redknapp and has subsequently explored southern England with the enthusiasm of a Conservative MP. He’s turned out for Yeovil, Milwall, Crystal Palace, Peterborough, Swindon, Charlton, Brighton and Oxford before a move to St Mirren in 2019.