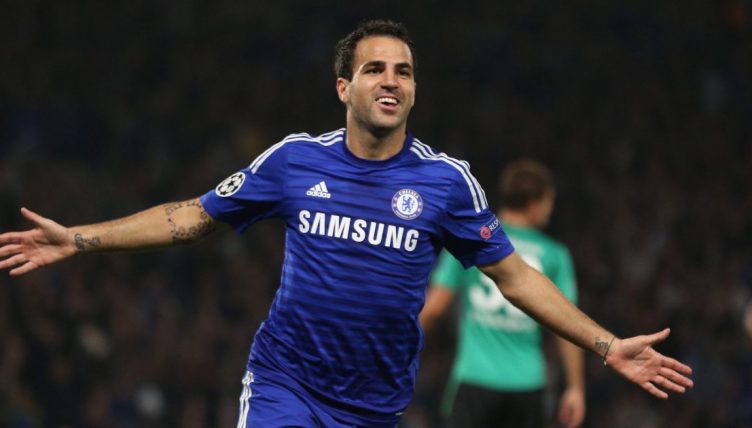 Barcelona’s transfer strategy over recent years has come under huge scrutiny and former president Josep Maria Bartomeu has felt the heat more than most.

The Catalan giants have spent big in recent years but have fallen behind Real Madrid domestically and suffered a string of embarrassing defeats in the Champions League during Bartomeu’s presidency.

Lionel Messi provided the most damning assessment of his reign in 2020 when he said: “There has been no project or anything for a long time, they juggle and cover holes as they go along.”

Bartomeu was ousted shortly afterwards and his record in the transfer market has been heavily criticised by the club’s supporters.

We’ve taken a look at every player he sold for over €10million and how they’ve fared since leaving Barcelona.

Fabregas left the Nou Camp for Chelsea in the summer of 2014. The midfielder scored 35 goals in 129 appearances for Barcelona but became the subject of ire from supporters towards the end of his time in Spain.

Having helped the Catalan club win the Copa Del Rey in 2012 and La Liga in 2013, he then played a total of 192 times in all competitions for Chelsea, finding the net on 22 occasions.

Sanchez joined Arsenal on a long-term contract for a fee in the region of €38million in July 2014, having netted 47 goals in 141 appearances at Barca.

During his time at Emirates Stadium, Sanchez scored 80 goals in 166 games before later joining Manchester United in January 2018, with Henrikh Mkhitaryan heading to London as part of the deal.

Following an ill-fated year-and-a-half for the Red Devils, he made the move to Inter Milan on loan, helping his side to the Europa League final before signing for Antonio Conte’s side permanently.

The Chile international joined Marseille on a free transfer this summer.

In August 2015, Pedro agreed a four-year deal to swap Barcelona for Chelsea. The Spain international had netted one short of a century of goals for Barcelona in 321 matches overall.

Despite being a regular for Barcelona B, Traore made just four appearances for the senior side before swapping the Nou Camp for Villa Park in the summer of 2015 on a five-year deal.

Making just 12 appearances at Villa, his game time suffered due to a metatarsal fracture and he eventually joined Middlesborough. And it was at the Riverside where the Spanish winger started to make a name for himself.

Wolves secured the services of Traore in 2018 as the winger put pen to paper on a long-term contract after an £18million release clause was met in his contract.

His flair, trickery and electric pace quickly made him one of the Premier League’s biggest box-office players but his lack of end product has seen him fall away from the first XI at Molineux.

Not that it stopped Barcelona signing him on loan last season. While it didn’t work out in the long run, he’ll always have his stunning second debut against Atletico… 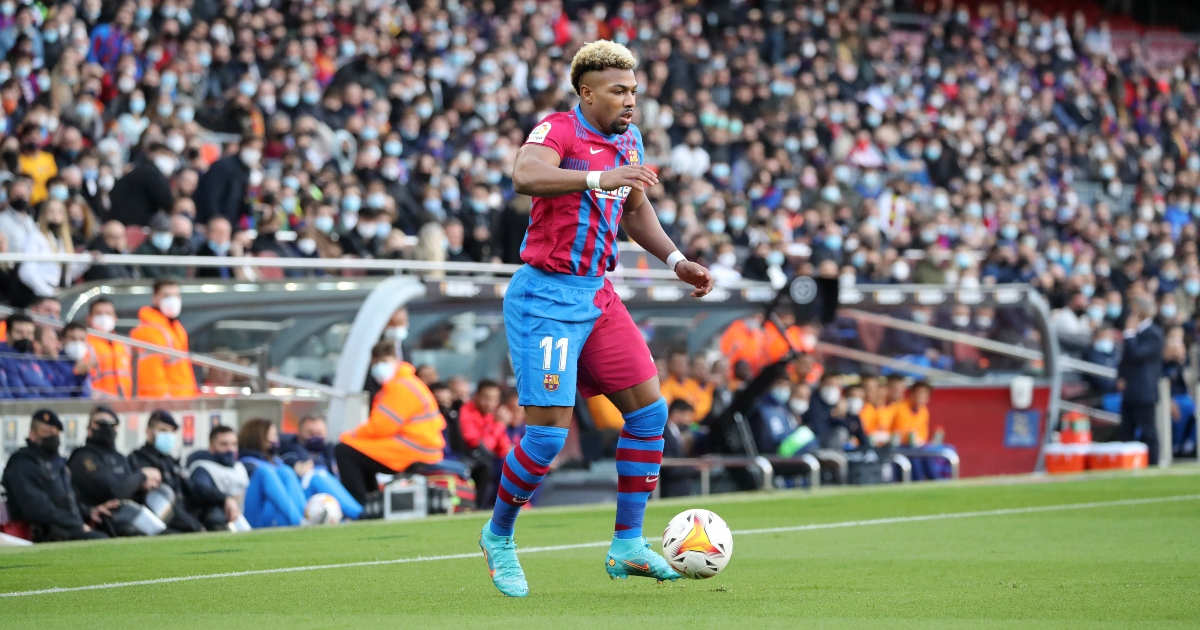 READ: With one superspeed dribble, Traore shot Barcelona back to the future

Bartra joined Barcelona at the age of 11 and made his first-team debut in February 2010, the first of 59 league appearances for the club. He also made 22 outings in the Champions League, winning the trophy twice, before he secured a move to Borussia Dortmund.

During his time in Germany, he featured in a total of 51 games, 11 which he started in the Champions League. He picked up just one trophy, the German Cup, in his time at Signal Iduna Park before heading back to his homeland and joining Real Betis in 2018.

A move back to La Liga saw him link up with former Barca player Christian Tello and future Barcelona head coach Quique Setien. He has made 146 appearances in all competitions for the Andalusian side before joining Turkish champions Trabzonspor this summer.

Bravo linked up with former Barcelona manager Pep Guardiola at Manchester City and replaced Joe Hart as the Sky Blues’ first-choice goalkeeper before the arrival of Ederson.

The Chile international, made the move to the Etihad Stadium having joined Barcelona in 2014, where he won two La Liga titles and the FIFA Club World Cup. He was also part of the Champions League-winning squad in 2015 but never played in the competition for Barca.

Now 39, Bravo helped City to win six trophies during his four-year spell, starting in the League Cup final victories in 2018 and 2020. In total, he made 61 appearances for the Blues and kept 20 clean sheets.

He has spent the past two seasons with Real Betis and is the captain of the Chile national team.

The Brazilian signed a world-record five-year deal to join PSG in the summer of 2017, and Barca have never quite managed to replace him.

During his four seasons at Camp Nou, he formed a formidable front three with Lionel Messi and Luis Suarez, winning the Champions League in 2014-2015 season after defeating Juventus in the final.

In 186 games in all competitions, he scored 105 times and contributed 77 assists. Other honours while at the club included two La Liga titles and three Spanish Cups.

Since moving to the French capital, Neymar has scored a staggering 107 goals in just 148 games and continues to flourish in the PSG frontline with Kylian Mbappe and Messi alongside him. 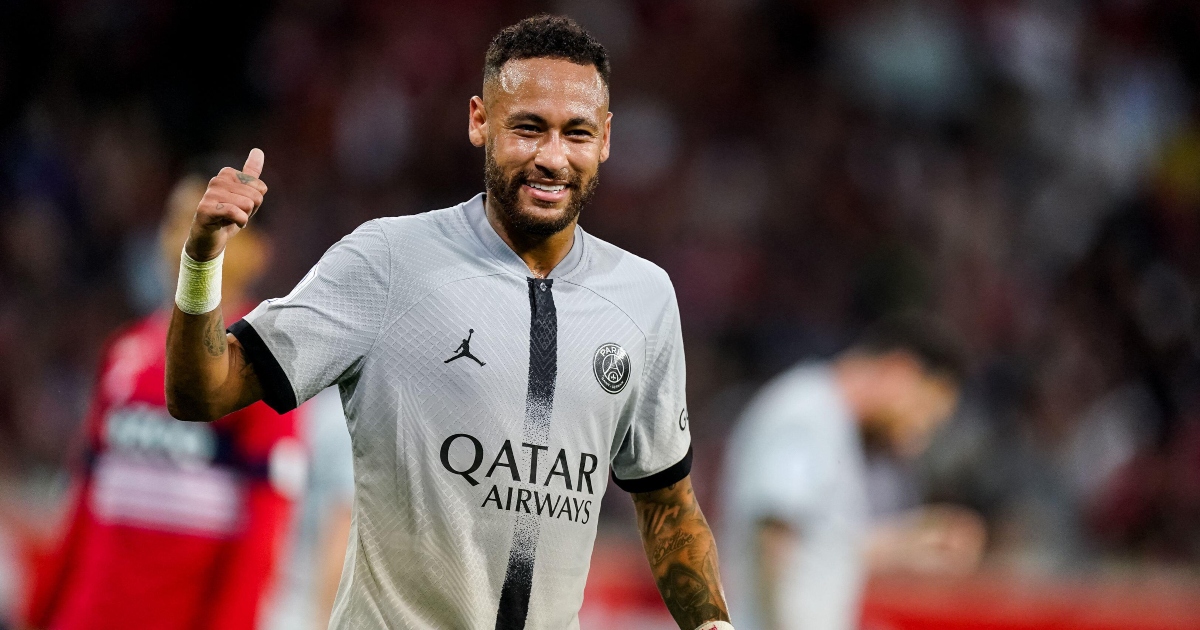 READ: Neymar’s drool-inducing nearly-assist was worthy of a Ballon d’Or

Deulofeu joined Watford on a permanent deal from Barcelona in the summer of 2018, having spent part of the previous season on loan at Vicarage Road.

He’d already left the Nou Camp once before, joining Everton in 2015, with Barcelona eventually triggering the option to re-sign the winger. He made a total of 23 appearances in his two spells in Catalonia.

The skilful forward is currently turning out for Udinese, having favoured Serie A over yet another Championship campaign with the Hornets.

When Barcelona announced the signing of Mina from Palmeiras on a five-and-a-half-year contract for a fee £10.5million in January 2018, he was seen as a developing talent.

Sadly, it didn’t go to plan for the Colombia international at the club as he made just six appearances in Spain before leaving for Everton.

He has made 92 appearances for the Toffees in all competitions so far, but his time in England has been dogged by injuries and Mina is currently out of action with an ankle problem.

Another player to swap Barcelona for Goodison Park, Digne signed a five-year deal in 2018. Having joined Barca from PSG in 2016, the Frenchman won La Liga and Ligue 1 titles with his former clubs.

The 29-year-old, who also spent a year on loan at Roma, made 46 appearances for Barcelona before making the move to England. Digne was a fan’s favourite at Everton before being sold to Aston Villa in January 2022.

Dortmund agreed a loan deal for Alcacer in the summer of 2018 before opting to sign the striker on a permanent deal.

The Spain international, who had a direct hand in a La Liga goal every 96 minutes he played after swapping Valencia for Barcelona in 2016, netted 26 goals in 47 appearances in all competitions for the German giants.

Alcacer is now back in La Liga, featuring for Unai Emery’s Villarreal.

Gomes was brought to the club in July 2016 after two seasons at Valencia. He played 78 games, scoring three goals, while at the Nou Camp, and also got his hands on two Spanish Cups, a Spanish Super Cup and a La Liga title.

Joining Everton on a five-year deal in the summer of 2019, he became a fan favourite, only to suffer a horrific leg break in 2019-20. He remains on Merseyside, although he’s a shadow of the player he was pre-injury.

Having spent the second half of the 2018-19 season on loan at Arsenal after falling down the pecking order at the Nou Camp, the midfielder struggled for game time under Unai Emery in north London.

The 28-year-old started his career at Celta Vigo before moving to Manchester City and later Barcelona. Netting on eight occasions, he featured in 71 Barca games in total before heading back to Galicia.

Suarez is a first-team regular at Celta Vigo and is a large part of the reason why no La Liga team relishes a trip to the Balaidos.

Cillessen departed Barca for Valencia in search of regular first-team football in the summer of 2019.

The Netherlands international spent three years at the Camp Nou, mostly as the backup to first-choice goalkeeper Marc-Andre ter Stegen, but was quickly linked with a move away from Valencia after a poor debut campaign.

He eventually returned to his first club, NEC Nijmegen, for a nominal fee in 2022.

After Barca trumped Roma to the signing of Malcom, he scored just four times in 24 appearances for the La Liga giants before his move to Russia with Zenit Saint Petersburg.

It really wasn’t worth all the fuss.

READ NEXT: Where are they now? Barcelona’s brilliant Under-15 side from 2003