Where are they now? Tottenham’s 7 Gareth Bale replacements from 2013 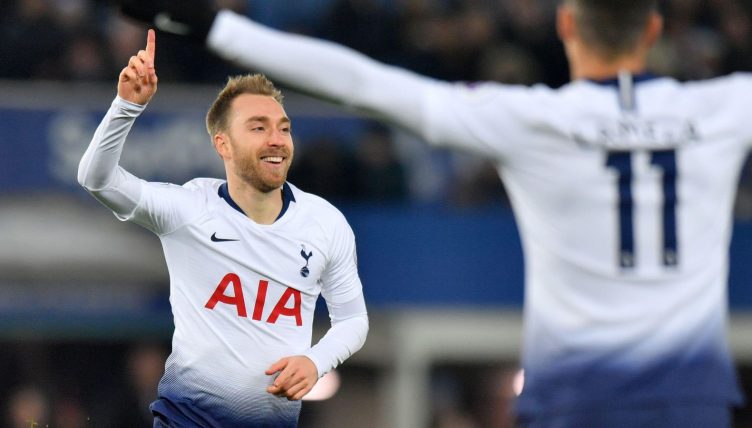 During his first spell at Tottenham, Gareth Bale became one of the best players in the world. Replacing him was always going to be nigh-on impossible for Spurs.

So, rather than try to substitute him with one world-class, high-cost player, Tottenham reinvested the £85million Real Madrid paid for Bale to sign not one but seven new players.

Paulinho arrived at White Hart Lane with high expectations after starring for Corinthians in Brazil, but the midfielder failed to live up to the hype.

After two underwhelming years at Spurs, he was shipped off to Chinese side Guangzhou Evergrande and nobody expected to see him return to Europe.

However, Barcelona shocked the footballing world by signing Paulinho for £36million in 2017… only to then send him back to China after a year. As weird signings go, that was right up there.

He spent another two and a half years with Guangzhou Evergrande and a short spell in Saudi Arabia before heading home to rejoin Corinthians in 2022.

Paulinho's Barcelona career is already off to a poor start. pic.twitter.com/mN4Iyi7wki

Soldado was signed for £26million on the back of an excellent season for Valencia, scoring 30 goals in 46 appearances for the Spanish side in 2012-13.

However, the striker failed to hit the same heights in the Premier League and also suffered from the emergence of Harry Kane.

Spurs were able to recoup £10million by selling him to Villarreal in 2015, and Soldado has since had brief spells at Fenerbahce and Granada.

The 37-year-old joined Levante on a two-year deal in 2021 but couldn’t help them avoid relegation. He has stayed on to have a crack at the Segunda Division in 2022-23.

Capoue cost £9million from Toulouse and looked like a smart buy for Spurs. However, the defensive midfielder wasn’t able to establish himself in their starting line-up, making just 36 first-team appearances before joining Watford in 2015.

He revitalised his career at Vicarage Road but was unable to prevent Watford from suffering relegation to the Championship in 2020.

The 34-year-old completed a permanent move to Villarreal in January 2021 and has been a huge part of their recent success under former Arsenal boss Uani Emery.

Capoue won the Man of the Match award following the Yellow Submarine’s Europa League final win over Manchester United in 2021 and helped his side to a Champions League semi in 2022.

After signing from Steaua Bucuresti, Chriches impressed during the 2013-14 campaign despite spending most of the season as a back-up player.

The centre-back found game time hard to come by under Mauricio Pochettino, making just 10 league appearances under the Argentine.

Chiriches departed for Serie A side Napoli in 2015 but things didn’t go as planned there either, and he completed a permanent move to Sassuolo in 2020.

After two years with them, the Romania captain signed for newly-promoted Cremonese in 2022.

Chadli signed from FC Twente for £7million and was a regular during his three seasons at the Lane, scoring 25 goals for the club including an impressive 13 in his second season.

The winger is one of two players on this list who Spurs actually made a profit on as they sold him to West Brom for £13million in 2015.

After two years at The Hawthorns, he had brief spells at Monaco and Anderlecht and now finds himself out on loan at KVC Westerlo (no, us neither) from Turkish club Istanbul Basaksehir.

Eriksen is undoubtedly the most successful of Spurs’ seven signings made with the Bale money.

The 29-year-old was signed for just £11.5million from Ajax, which proved to be a brilliant bit of business as he developed into one of the best playmakers in the world.

After six and a half years in England, Eriksen turned down a new contract at Spurs and in January 2020 he was sold to Inter Milan, where he won the Scudetto in 2021.

You don’t need us to remind you of what happened to him at the Euros shortly after that title win. All we can reiterate is how bloody good it is to see him back on the pitch now.

He’s even making neutrals actually root for a Manchester United player, which is something we thought we’d never say.

Lamela was the last man standing from the seven players that arrived at Spurs in 2013, finally joining Sevilla in 2021 in a swap deal that saw Bryan Gil move in the opposite direction.

The Argentine winger was signed as a like-for-like replacement for Bale and was the most expensive of the seven arrivals that summer, costing £30million from Roma.

Lamela was plagued by a string of injury problems but did provide flashes of genius when fit, including not one but two rabona goals.

More importantly, he was also a wonderful shithouse during his time in the Premier League.