Where does Kondogbia v Chelsea rank among the greatest OGs of all time? 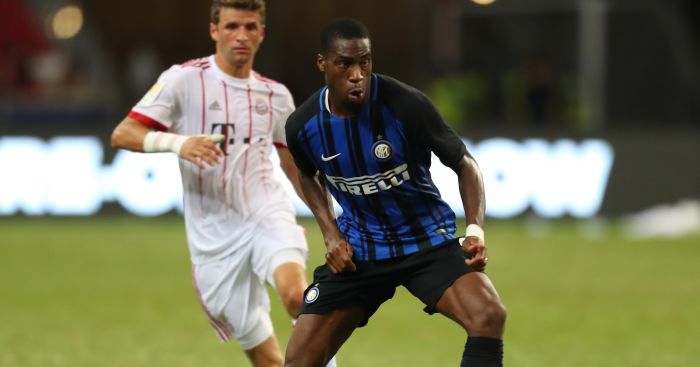 It was a day to forget on Saturday for Inter Milan midfielder Geoffrey Kondogbia against Chelsea – and a moment of schadenfreude for the slightly sadistic among us football fans.

The Serie A side were competing in the International Champions Cup against the Blues at the weekend and holding onto a comfortable 2-0 lead before Kondogbia produced a goal out of nothing.

His 40-yard lob sailed over the goalkeeper and nestled into the bottom corner of the net – unfortunately for the midfielder, it was in his own net.

Fans are hailing it as one of the ‘greatest’ own goals ever, as if an own goal can actually ever be great for the player that has committed the sin.

However, despite Inter’s ability to hang onto the 2-1 victory, it will be a goal that will stay with Kondogbia forever, even when he hangs up his boots.

We don’t want to remorselessly take the piss out of Kondogbia though. After all, we’ve all been there and embarrassed ourselves on the football pitch in probably much worse ways.

So let’s celebrate some of the greatest OGs of all time, starting with Wayne Hatswell of Forest Green.

And then there is this beauty from Bury’s Chris Brass, which hasn’t stopped him becoming manager of the club.

We were particularly taken by this effort from a Turkish second division match.

Is this the most embarrassing own goal of all time? pic.twitter.com/rMH1BOma7M

Arsenal stalwart Lee Dixon even got quite ambitious with his own goals.

Finally, Djimi Traore even had a song dedicated to him by Liverpool fans after this silky turn against Burnley.

So chin up, Geoffrey. It happens to the best of us.