Where are they now? A forgotten XI of FM2012’s most iconic wonderkids 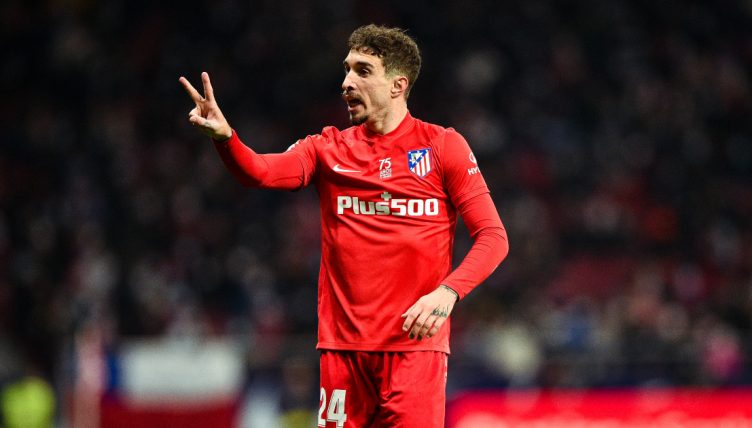 When it comes to football video games, there’s nothing quite as good as the feeling of finding and developing a young player into one of the best in the world on Football Manager.

Often we start to care about the players we manage in the game in real life, keeping an eye out on how ‘our’ youngsters developed.

It’s only natural that a game we get so unreasonably invested in causes us to care about the players we virtually manage in real life as well, right?

But the wonderkids who fired us to the Champions League, or the equally impressive North West Counties Division One, a decade ago in Football Manager 2012 are now 10 years further into their careers.

So how did they get on? We’ve gone through and selected an XI of FM12’s most iconic wonderkids who never quite reached the same heights in real life.

In 2011-12, Guilherme was the next big Brazilian goalkeeper. At just 19, he was available cheap from Botafogo and became an FM cult hero.

At least he’ll always have FM12. If only trophies won in the game counted in real life.

One of a few players on this list whose career you can comfortably say has been a success.

Yet arguably it has still been a disappointment because if you picked Vrsaljko up for virtually nothing from Dinamo Zagreb at the start of FM12 you would have believed he would go on to become the greatest right-back of all time, such was his in-game potential.

The Croatian was affordable and brilliant, making his way into most people’s sides at one point or another.

In real life, he has played for Sassuolo, Genoa and Inter Milan but has been on Atletico Madrid’s books since 2016 and went on to start at the 2018 World Cup final as Croatia finished runners-up to France.

Mangala is best known for not being one of those players Manchester City brought in around 2014 who looked good, should have been good, but were simply just not good (see also Javi Garcia, Stevan Jovetic).

At the start of FM12 he had just moved to Porto but after a year or so would be ripe for the picking if you managed a big European club and he would stay at the centre of your defence for the rest of the save.

That’s effectively what City hoped would happen with him in real life, only for it not to work out. He’s just moved to Saint Etienne on a free transfer after a bad time at Valencia.

A true Football Manager legend, Papadopulos had it all. Great name? Check. Not from one of the traditional powerhouse nations? Check. Six foot? Check.

He started out at Schalke, but his career since has effectively had the same trajectory as the fallen German giants in the past few years.

The centre back’s importance to the side waned and by 2014 he was off to Bayer Leverkusen, the first of many clubs to come.

In the past two years, he left Hamburg for Lokomotiva Zagreb, Al-Fayha and is currently at Greek side Atromitos.

If you search “Jack Robinson FM” on Twitter, you will find a number of very funny old tweets.

Perhaps the best one comes from someone raving about picking him up on loan, only for their next tweet to read that they had “completely forgotten” they had him and forgot to put him on the bench.

That also succinctly sums up Robinson’s Liverpool career, the club that he came through as a boy giving him limited first-team opportunities.

He has gone on to have a solid Championship career and currently turns out for Sheffield United. I’m sure they don’t forget to put him on the bench there.

The second goal yesterday in front of the Kop. 😁 pic.twitter.com/S1vytD8pvL

Cairney’s is a feel-good story.

Having been at Leeds all his life, he was released by the club aged 16 for being too small. Thankfully Hull City picked him up, and at the start of FM12 he was one of the central midfielders with the highest potential in the game.

A player profile from a website when the game came out says he “seems set to make magic,” and whilst that’s not exactly happened he’s had an extremely impressive Championship career and has served as Fulham’s long-term captain.

That same profile also goes on about Cairney being English, which is a bit awkward considering he has two Scottish caps to his name now.

Like the Cottagers over the past few years, he’s never quite delivered at the top-flight level, but never say never – under Marco Silva they look destined to return once again. Maybe 2022-23 will be Cairney’s year.

There are few things better in FM than having a marauding Italian general in your midfield, and for around £3million you could grab Roma’s Bertolacci in FM12.

He never made an appearance for Roma in real life and moved around various Italian clubs. His time with Genoa earned himself five Italian caps and a big-money move to AC Milan in 2015.

That went wrong quickly, with him being labelled as “one of AC Milan’s worst regular outfield performers” in the depths of their worst period in modern history.

If you played FIFA career mode around 2013, you might remember there was one wonderkid who always looked like a 13-year-old boy rather than a professional footballer.

Well, that was Adryan, who also had bags of potential in Football Manager.

He starred for Brazil in the 2011 Under-17 World Cup and many FM players turned him into the Brazilian midfield dynamo of their sides.

Leeds hoped he would do a similar thing in real life when they signed him from Flamengo in 2014, but ‘The New Zico’ didn’t quite work out.

The best thing he did was his dive against Derby. And when we say best, we very much mean worst.

Adryan's dive vs Derby County has been voted as the worst dive of 2014 by Reddit users.. pic.twitter.com/68viWl6mco

One of the most exciting young players in the world in 2011 and a true Football Manager legend.

You could sign him at the age of just 16 from Chivas, and he would inevitably become one of the best players in the world. He had real-life potential too and, like Adryan, starred at the 2011 Under-17 World Cup, which his Mexico team won.

He is still just 27, but it’s fair to say his career hasn’t been the star-studded one that might have been envisioned, having just signed with FC Juarez in his home nation of Mexico.

But maybe none of that matters. Because for a few years, Fierro was the undisputed greatest attacker in the world bringing joy to managers everywhere. Does it really matter it was all in a game?

Carlos Fierro in the 93rd minute for Chivas v Puebla

In 2011, Niang was one of the strikers with the best potential in FM12.

Playing for Caen, he was available fairly cheaply and almost everyone had him scoring 30 goals a season for them at some point.

“He has enormous potential [that] we’ve never seen that at the club,” his youth Coach at Caen once said, and his early rise suggested he would fulfil it.

Niang became one of Ligue 1’s youngest ever goalscorers before he left for AC Milan in 2012 where it’s fair to say he struggled to find consistency.

A series of moves followed, and he has struggled to find a permanent home. The 27-year-old Senegal international is currently at Bordeaux, but nine of his 10 Ligue 1 appearances this season have come off the bench.

Imagine signing a player nicknamed ‘The Angel of Drop’ due to the fact he had led the line for two successively relegated teams. You would naturally be quite worried.

Crystal Palace fans probably were when the Eagles signed Ayew in 2018, but despite some close calls they have successfully stayed afloat in the Premier League.

Ayew was one of Marseille’s finest prospects in 2011 and, like Vrsaljko, has had a solid career featuring Aston Villa, Swansea and of course now Crystal Palace.