Which PL big six players played the most at the Copa America and AFCON? 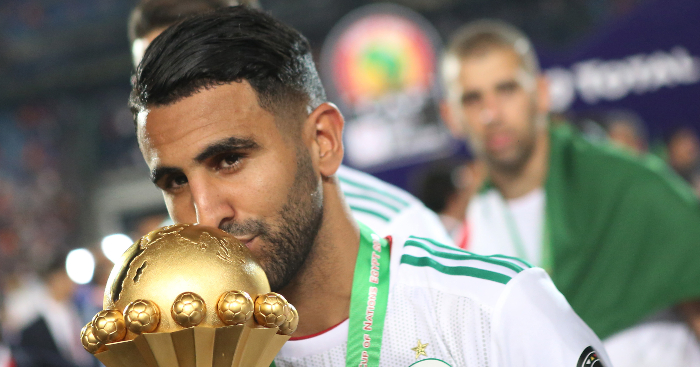 Most Premier League sides are well into their pre-season preparations but for some players, the 2018-19 campaign lasted until July 19th.

There was just over two weeks between the Africa Cup Of Nations final and the new season’s curtain-raiser, the Community Shield between Liverpool and Man City. It was a long season for many Premier League players, many of whom already suffered a hangover after the last summer’s World Cup.

Looking at the “big six”, in order of where they finished last season, we’ve looked at each squad to see who’s played the most football this summer, between the Copa America, AFCON and CONCACAF Gold Cup.

Ederson was present throughout Brazil’s Copa America win, but had to watch from the bench. He’s only featured in a friendly against Qatar for his country since the FA Cup final on May 18th.

Meanwhile for Brazil, veteran midfielder Fernandinho was recalled and played just over 120 minutes in the tournament, largely being kept out of the team by Real Madrid’s Casemiro, while head coach Tite used Gabriel Jesus a lot – the 22-year-old striker played more than 550 minutes for his country this summer.

Elsewhere, Nicolas Otamendi – rumoured to be leaving – completed six full games and one pre-tournament friendly for Argentina, an ever-present as they finished third in the tournament. That’s 630 minutes, while Sergio Aguero played over 500 for La Albiceleste this summer.

Like the three at Brazil, Algeria’s Riyad Mahrez also added another trophy to the domestic trio he won with his club in 2018-19. The winger played 552 minutes and was a talismanic figure, scoring a last-minute free-kick to win the semi, as his country lifted the Cup of Nations in Egypt.

Liverpool’s magic front three all featured prominently for their countries this summer.

Roberto Firmino added the Copa America to the Champions League he lifted a month prior, playing 535 minutes for Brazil, while fellow countryman Alisson, Brazil’s number one in goal, played 630 minutes.

But there was heartbreak for Mohamed Salah as Egypt were unable to win the Cup Of Nations on home soil, exiting at the second round with a shock 1-0 defeat to South Africa. Salah played every minute for his country as well as 29 minutes in a friendly, totalling 399 minutes.

Sadio Mane’s Senegal finished runners-up, with the forward an ever-present en route to the final. He played 540 minutes. Having featured in the World Cup last summer before a long and gruelling campaign for his club and a run all the way to the AFCON final, Mane’s really earned a couple of weeks holiday before the new season.

The only Chelsea player at the AFCON or Copa America is one unlikely to ever feature for the club again, one of their many, many loanees. Centre-half Kenneth Omeruo played 540 minutes for Nigeria.

Pierre-Emerick Aubameyang’s Gabon failed to qualify for the Cup Of Nations, so the Gunners had just two players at this summer’s tournaments.

The likes of Eric Bailly, Marcos Rojo and Sergio Romero missed out on the tournaments for their countries this summer, leaving Alexis Sanchez as the only Manchester United player to feature.

While Ole Gunnar Solskjaer will be pleased to have a well-rested squad, the extra good news is that the Chilean showed flashes of his old self at the Copa America. With two goals at the tournament, he equalled his entire goal tally for the 2018-19 season. He featured for 464 minutes as Chile finished fourth.