Which Premier League clubs will struggle without a home crowd? 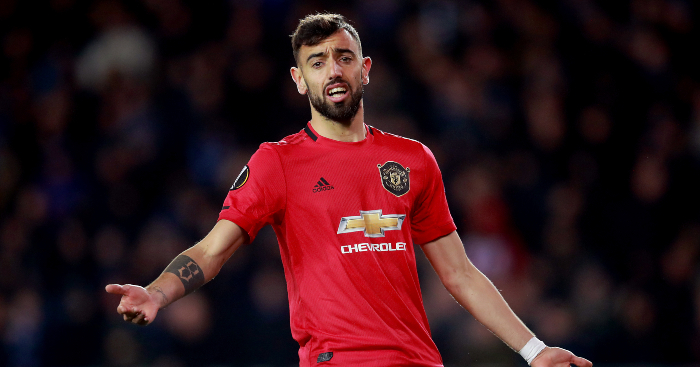 The Premier League is set to make its long-awaited return on June 18 and fans are understandably excited about the prospect watching top-flight football in the UK.

However, with supporters potentially unable to attend matches for up to 12 months, the majority of followers will be forced to enjoy all of the action from the comfort of their own home.

Even if the walk-on music is still being pumped out around the venue, the majority of players will inevitably struggle with the transition, and we take a look at which sides could be most impacted by the lack of atmosphere over the coming weeks.

Brighton have been fairly outspoken on the issue of staging games in neutral venues, an idea which was originally proposed by the Premier League at the beginning of April.

The Seagulls have relied heavily on their home form in recent years, and the atmosphere inside the AMEX certainly plays its part. The club are considering playing fake crowd noise in a bid to recreate the matchday environment. But it may not be enough to improve their wretched form.

Despite enjoying a helping hand from VAR, the club have really struggled since the turn of the year, and are yet to pick up three points in 2020. As of June 11, Graham Potter’s side are 11/4 to be relegated this season, and without the vociferous home support to give them a lift, they could be in deep trouble.

Players are reliant on the atmosphere and will feed off the energy of the crowd and without that backing, the south coast club may struggle to keep energy levels sufficiently high throughout the 90 minutes.

Brighton will join Bundesliga clubs by having cardboard cutouts of fans on display at the Amex Stadium for the club’s remaining home games this season.

Although 10th-placed Burnley have very little to play for this season, the Clarets may still be negatively impacted by the lack of home crowd.

Turf Moor has been a fortress for a number of seasons, and with 23 of their 39 points having been accrued in Lancashire, Sean Dyche’s men may struggle to lift themselves without the noise from the stands.

The former defender admits that completing the season behind closed doors is the best option. But it wouldn’t be a surprise to see his side slip into the bottom half due to the lack of atmosphere.

Although Manchester United have undoubtedly improved since the arrival of Bruno Fernandes, they are still a little unpredictable on the road and clearly feed off the atmosphere inside Old Trafford.

With a record of 4-4-6 on their travels this season, United’s away form belongs in mid-table, and Ole Gunnar Solskjaer’s side are clearly far more efficient on their own patch.

Big match atmospheres can give players an extra 10% and a number of Manchester United players may struggle to lift their performances without the backing of the Red Army.

Empty stadiums will soon become the norm in the top flight, and although it is likely to take some getting used to, the majority of players should eventually acclimatise to the situation.

Although every club is likely to be affected in some way, Brighton, Burnley and Manchester United are three of the clubs who could stutter due to the inevitable lack of big-match atmosphere.