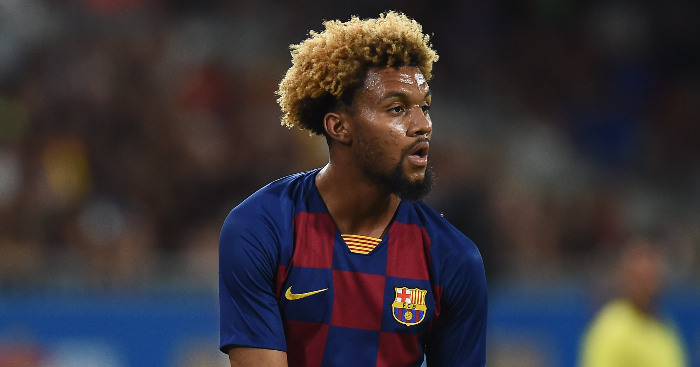 Barcelona are beginning to take shape under the guidance of Ronald Koeman, with some of the next generation of La Masia academy graduates getting opportunities in pre-season.

One player in particular to catch the eye is Konrad de la Fuente, a USA Under-20 international who has been on the club’s books since 2013.

But where has he come from, and what kind of player is he? Here’s everything you need to know about the rising star.

Koeman picked out the 19-year-old winger for particular praise after a recent 3-1 friendly win over Girona, which suggests he could well have a part to play in Barcelona’s first team in the coming season.

“We know we have really good young players here,” said the new Barcelona manager. “The important thing is being involved in training at a good level and then taking that into these friendly games.

“If I had to highlight one of the youngsters, I would say Konrad, I am really happy with him. But we also have Pedri, Riqui. We have great a future ahead of us.”

De la Fuente isn’t one of La Masia’s most high-profile starlets, so it was a show of faith from Koeman to give him a chance against Girona, giving him the final 30 minutes to see what he could offer against Girona.

De la Fuente’s journey from his home city of Miami, Florida to Catalonia is an interesting and atypical one.

Fate brought him to Barcelona, with his Haitian father taking a job at the consulate in the city when he was just 10 years old.

As a youth he played for local side CF Damm and caught the attention of Barcelona’s scouts and began developing his skills in Barcelona’s fabled La Masia academy when he was 12 years old. It’s been steady progress since then, remaining at the club and moving up in the youth ranks before getting his opportunity to play with the senior team. 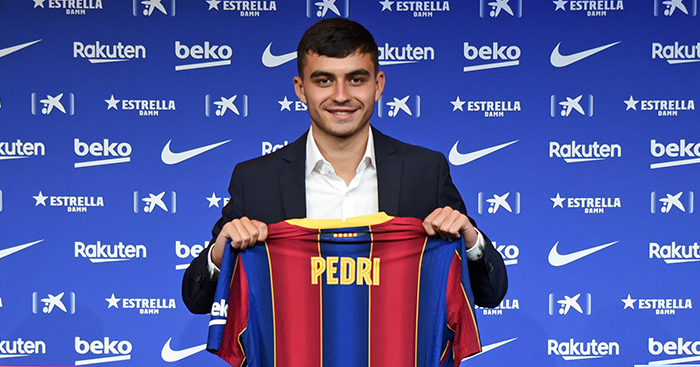 READ: The seven La Masia stars who could break through at Barca this season

The teenager’s progress in Barcelona has seen him on the radar of the US men’s national teams youth sides, and he was first called up to play for their Under-16s in 2016, going on to play at Under-18 and Under-20 level.

He was an ever-present alongside Lille’s Timothy Weah at the Under-20 World Cup in Poland last year, as the US eventually went out to Ecuador at the quarter-final stage.

Back in Barcelona, he’s made the natural progression up to the B Team, featuring for them in the Segunda División B and scoring an injury-time winner against AE Prat. He’s also represented the club in the UEFA youth league.

“I can play on both wings, I’m fast, I dribble well, I’m good at one-on-ones and I’m a goalscorer,” the player told The Guardian in 2019.

“The first-team player that I admire most is, of course, Messi, but given my characteristics as a player I also follow [Ousmane] Dembélé closely,” he says.

His speed is De la Fuente’s most immediately arresting quality, but he’s also blessed with the kind of good, technical ability on the ball that La Masia is famous for nurturing.

When you watch him, it should be no surprise to hear him cite Lionel Messi and Ousmane Dembele as players close to home that have influenced how he approaches the game, in terms of his footwork and explosive turn of pace.

Something of a throwback, at this stage of his development he appears to the classic touchline-hugging, chalk-on-the-boots winger that’s adept at taking on opposition defenders in one-on-ones.