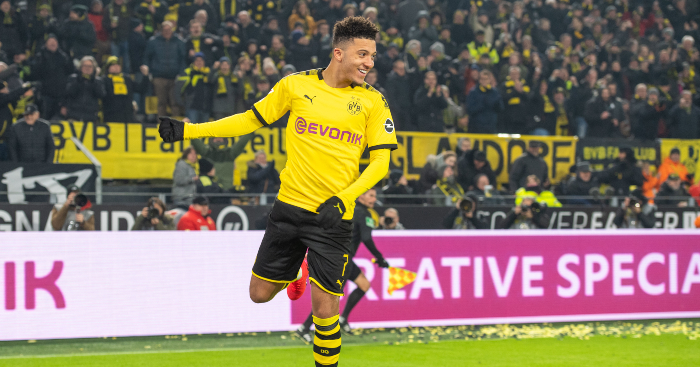 Liverpool, Manchester City and Leicester City players represent the Premier League in the European team of the season according to WhoScored’s average ratings for the 2019-20 campaign.

That midfield four would make even Crooks blush.

We still can’t quite believe he’s replaced Gianluigi Buffon as Juventus’ No.1, but he’s doing a pretty good job – as backed up by Opta’s Goals Prevented stats.

One of the most underrated players in the Premier League? Pereira is Leicester City’s highest-rated player on WhoScored this season, contributing a useful three goals and two assists from right-back.

The only surprise about this is Van Dijk is the only Liverpool player in the XI.

A versatile player, Halstenberg has been deployed more often at left-back and left wing-back by RB Leipzig this term but gets the nod at centre-back in WhoScored’s XI.

Signed as an exciting attacker by Bayern Munich, Davies has shown maturity which belies his 19 years of age by filling it at left-back this season due to injuries in defence.

Double figures for goals and assists for a second consecutive Bundesliga season. He’s so f*cking good.

Manchester City may have dropped off the pace in the Premier League this season, but De Bruyne has proved he’s still their main man after an injury-hit 2018-19. Sixteen assists in the league FFS.

Admittedly this central midfield pairing probably aren’t going to do the dirty work, but Di Maria has continued to match style with substance for PSG, contributing eight goals and 14 assists in Ligue 1.

Top of the pile is no surprise!

Shoehorned in on the left wing, we’re still quite scared of the fact Mbappe is only 21 years old.

Of course he has the highest average rating on WhoScored this season.

It’s hard to argue with 25 goals in 23 appearances.