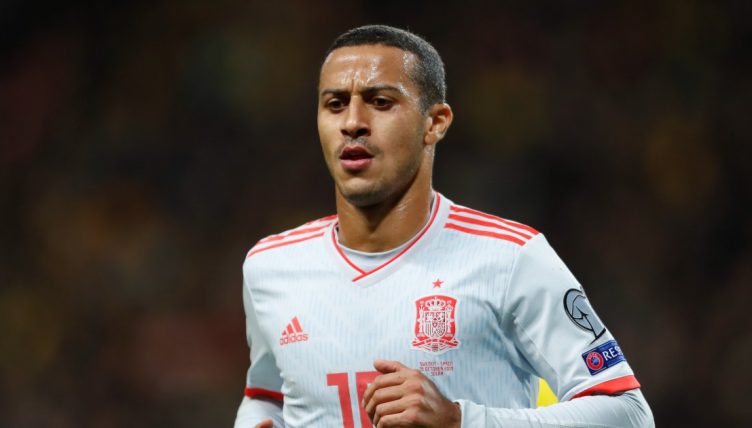 Plenty of players have missed the World Cup this year through injury, but what about those players that have been outright snubbed?

Qatar 2022 hasn’t disappointed so far. With plenty of twists and turns already, we could be in for a classic tournament.

Several huge stars are missing the competition this year though and we’ve compiled them into the best XI. Note: we haven’t included players who missed out through injury.

Costa Rica didn’t register a single shot against Spain in their World Cup opener and so Unai Simon could put his feet up.

France are absolutely stacked when it comes to talent all over the pitch.

You would have thought that Nordi Mukiele’s versatility might have got him a place in Didier Deschamps’ side, but it wasn’t to be for the PSG defender.

Being named in the 2021-22 Serie A Team of the Year wasn’t enough to grant Fikayo Tomori a place in the England squad.

The 24-year-old was snubbed by Gareth Southgate after a couple of dodgy Champions League displays against Chelsea, which seems a bit harsh.

Germany could have done with Mats Hummels’ experience against Japan.

The 33-year-old is a previous World Cup winner and has had a strong campaign with Borussia Dortmund so far.

A fellow German to not make the cut was Inter Milan’s Robin Gosens.

“I think he himself can understand very well that we made this decision,” said German manager Hansi Flick. “It has nothing to do with his quality but with the rhythm. Both [David] Raum and [Christian] Gunter are doing well at their clubs.”

He’s not been helped by the fact that 11 of his 12 Serie A appearances have come from the bench this season.

This one feels particularly harsh.

Villarreal’s Arnaut Danjuma was one of Europe’s most in-form wingers last season. Sure an injury somewhat halted his progress, but we can’t help but feel like he would have added something to Louis van Gaal’s squad.

Gavi and Pedri are the future, but surely Enrique could have found a spot for Thiago?

The Liverpool midfielder has had his troubles with injuries, but when fully fit is one of the best midfielders in Europe.

Takehiro Tomiyasu couldn’t believe he didn’t make the squad either.

Journalist: “Thiago Alcantara? He’s not coming [to the World Cup].”

It only seems like yesterday that Renato Sanches won the coveted Golden Boy award.

Sanches was a star in Portugal’s Euro 2016 triumph and he was a notable snub from this year’s squad.

The midfielder has been a bit-part player at PSG since his arrival in the summer which is perhaps why he was omitted. Having only started two Ligue 1 matches, Sanches was always going to find it tough to get in.

It’s just not happened for Jadon Sancho since moving to Man Utd has it?

The winger looked like a world-beater in the Bundesliga but has not been able to replicate his form in the Premier League.

Gerardo Martino might be regretting his decision to not bring Javier Hernandez after Mexico were firing blanks against Poland.

The 34-year-old has had a fine season with LA Galaxy, scoring 18 MLS goals. His record of 52 goals in 109 appearances for Mexico also shouldn’t be forgotten.

At least he’ll have plenty of spare time to play Call of Duty.

It speaks to Brazil’s quality up front when they can afford to leave Roberto Firmino at home. The Liverpool forward has recaptured his goalscoring touch this season with nine goals already.

With the likes of Neymar, Vinicius Junior, Antony, Raphinha, Gabriel Martinelli, Rodrygo and Richarlison, it’s not like Brazil are short of star power.