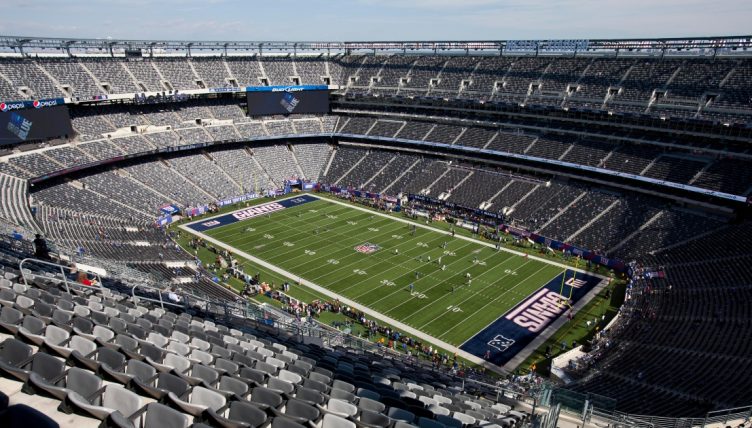 The 2022 World Cup may not have kicked off yet but the stadiums for the next edition in Canada, Mexico and the United States in four years’ time have been announced – and visiting fans will be in for a treat.

After beating Morocco to win the hosting rights for the 2026 World Cup, cities across North America have been bidding to stage the world’s biggest sporting event in their stadiums.

But it hasn’t been that simple. FIFA’s calls for tax breaks and other funding assistance led cities, including Minneapolis, Chicago and Glendale, Arizona, to drop out of the running in 2018.

Meanwhile, there’s been controversy in Canada after they’ve been restricted to just two stadiums. Edmonton, which has played a central role in Canadian soccer, will not be hosting matches in 2026.

There will also be no stadiums reused from the 1994 World Cup, meaning venues like Pasadena’s Rose Bowl and New York’s Giants Stadium won’t be involved in four years’ time. Washington DC, the nation’s capital, is another notable omission.

But, like so much of American culture, their stadiums are super-sized and Canada and Mexico will be contributing some eye-catching and historic venues of their own.

The tournament will be the first World Cup with 48 participants and the organisers have certainly gone big with their selected stadiums.

We’ve collected together everything you need to know about the 16 venues for the 2026 tournament.

Mercedes-Benz Stadium is one of three NFL-MLS venues that will be used in 2026.

Atlanta Falcons and Atlanta United both play home matches at the stadium, which opened in 2017 and seats about 75,000.

There’s also a retractable roof which, when closed, will no doubt make the stadium used in Manaus in 2014 feel like a November night in Stoke.

The Boston suburb of Foxborough hosted games at the 1994 World Cup, but Gillette Stadium is a different venue, built near the old Foxboro Stadium.

Opened in 2002, the 70,000-seat stadium plays host to both American and English football and is a good bet to host games in the latter stages of the World Cup.

And, with an average June temperature of 24 degrees, the England manager will be crossing all his fingers and toes for matches in Boston.

The FIFA World Cup is coming to Boston and Gillette Stadium in 2026 https://t.co/3zPNxtGqF5 pic.twitter.com/SbqPxKoWrZ

Dallas hosted matches during the 1994 World Cup at the Cotton Bowl, including the famous quarter-final between Brazil and the Netherlands.

But matches 32 years later will be staged in the AT&T Stadium which can house over 93,000 spectators. That’s more than Wembley Stadium. It’s huge and, considering the Texas climate, it’ll be boiling hot too.

Guadalajara has played host to some of the most iconic moments in World Cup history; Banks’ save, Moore’s tackle, Josimar’s thunderbolt and the epic quarter-final between Brazil and France in 1986.

But matches in 2026 will be hosted at Estadio Akron, constructed in 2010 as the home of Chivas.

It won’t host any matches beyond the last 16, but Guadalajara has the most exotic name of any 2026 host city by some distance.

The 72,000-seater stadium, which opened in 2002, is the home of the Houston Texans and has staged World Cup qualifying matches for the United States in the past.

NRG Stadium hosts football, soccer and even some rodeo, which definitely won’t result in a barrage of shit puns and memes in four years’ time.

Kansas City have one of the most passionate fan bases in MLS and consistently produce one of the best atmospheres in North America. It’s safe to say that the city is already hyped about staging World Cup football.

The seating capacity is about 76,000, making it the sixth-largest NFL stadium, and it holds the Guinness World Record for noise level by a crowd at 142.2 decibels.

Just imagine the scenes if Scotland or Ireland qualified and played there. We’ve got goosebumps already.

An absurdly large structure that can pack in over 100,000 spectators, bigger than any stadium in Europe.

The SoFi stadium in Los Angeles will need a few touchups to make the field big enough for World Cup football, but they’ve got four years to crack heads together and solve that conundrum.

LA hosted the 1994 World Cup final and staged the women’s equivalent in 1999 for good measure. A sure-fire semi-final venue, at a minimum.

By far the most historic venue selected by the 2026 organisers, the Estadio Azteca hosted the 1970 and 1986 World Cup finals where both Pele and Diego Maradona confirmed their status as footballing GOATs.

Built to stage the 1970 tournament, Mexico City’s de-facto cathedral can house 87,000 spectators and remains one of the most famous football stadiums in the world.

Some critics have said the plethora of executive boxes have diluted the atmosphere. But legions of fans will rightly descend upon this footballing Mecca in 2026.

3- In 2026, the Azteca Stadium 🇲🇽 will become the first and only stadium in which three world cups have been played. Historical. pic.twitter.com/rQkhoGivzI

Located in suburban Miami, Hard Rock Stadium hosts both NFL and college football games. The Miami Dolphins and the University of Miami both play at the venue, which has a seating capacity of about 67,000.

Miami is one of the American footballing hotbeds, with thousands of Central and South Americans making the city their home.

The 2026 World Cup is bound to be one huge party and you’ll have to excuse us because we have that Will Smith song stuck in our heads now.

🚨 OFFICIAL: Miami gets chosen as one of the host cities for the 2026 World Cup.

Around 53,000 will pack into the Estadio BBVA in the Mexican city of Monterrey, one of the most picturesque venues for any World Cup match.

Look at this picture. No further words needed…

Monterrey has been selected as one of the stadiums for the 2026 World Cup. What a setting to watch a game of football that is. pic.twitter.com/HEhieKVvKf

Just across the Hudson River from New York, MetLife Stadium opened in 2010 as a replacement for Giants Stadium.

Both the New York Jets and New York Giants play NFL games at the venue, which has a seating capacity of about 87,000 and has an artificial surface which will have to be replaced before 2026.

It’s widely rumoured that this stadium will host the final where England will end 60 years of hurt in spectacular fashion. Ahem.

Lincoln Financial Field opened in 2003, and its first event was an exhibition match between Manchester United and Barcelona.

The stadium, which can hold 69,000 fans, also hosted the 2015 Gold Cup final between Mexico and Jamaica and is considered an experienced soccer venue in the United States.

Located about 40 miles south of San Francisco, Levi’s Stadium opened in 2014 and has hosted several major NFL games since, including the Super Bowl in 2016.

The venue has a capacity of about 71,000 and is located close to the old Stanford Stadium which hosted matches in the 1994 World Cup.

San Jose Earthquakes, the local MLS team, used to be graced by George Best in the 1970s.

Seattle has never hosted a World Cup match but that will be rectified in 2026.

The city’s Lumen Field, with a capacity just shy of 70,000, is the home of the Seattle Sounders. One of the best-supported teams in North America, the Sounders recently won the CONCACAF Champions League title and are worthy World Cup hosts.

But size isn’t necessarily everything. Arguably the most European-style venue on the list, Toronto matches are known for their wild atmospheres and the city is a melting pot of different cultures and nationalities.

Home of MLS side Vancouver Whitecaps, the city probably benefitted from the decision not to include venues in Edmonton or Montreal. But nobody will remember that once the Mundial swings into town four years from now.