A definitive ranking of every World Cup ball since 1966: Jabulani, Tango… 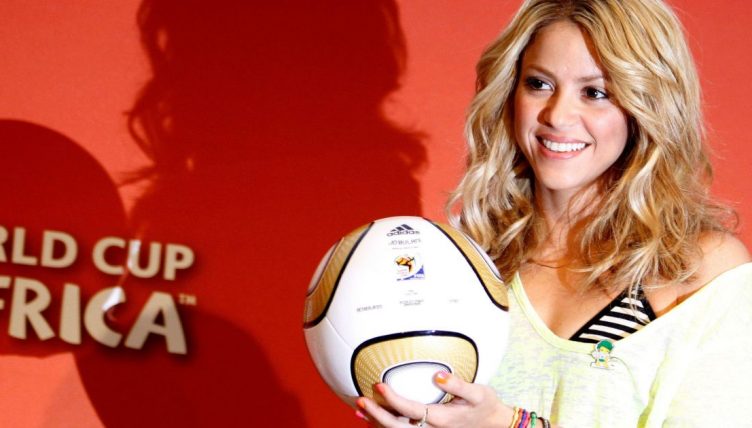 There are certain events that mark the World Cup build-up such as the draw, the mascot unveiling and the snapping of a dozen English metatarsals – but none are quite as evocative as the revelation of the World Cup ball.

Adidas released images of the new World Cup ball before the finals draw in April. The Al Rihla, which will be used for the Qatar tournament, means ‘the journey’ in Arabic and has already been purchased by thousands of parents in a vain attempt to keep their children quiet.

But where does ‘Al Rihla’ rank in the pantheon of World Cup balls? We’ve ranked every offering from 1966 from worst to best in an attempt to provide a definitive answer.

There’s a growing consensus among ‘Gen X’ supporters that the 2010 World Cup was a great tournament containing Shakira, Tiki-Taka and Luis Suarez acting like a pillock on a global stage.

They’re wrong; South Africa 2010 was dreadful primarily because nobody could kick the Jabulani without it floating towards Venus. Only Diego Forlan could tame the beast.

Resist the march of revisionism; the Jabulani was pish.

The Jabulani. A ball with a mind of its own 💨 pic.twitter.com/K0FeX1aPIU

A replica of the 1978 design with an altered name, almost like the Spanish organisers had more important matters to attend to.

Like some tapas and a cool Cerveza. Well, they’re only human.

The Tango España was the last genuine leather ball at the World Cup when used as the official match ball at #WC1982. It was supposed to have improved water-resistant qualities through its rubberised seams, but these were not very resistant and the ball was changed several times. pic.twitter.com/E9piPM3wGu

We admire the fresh twist on an old design, while those blurry blocks couldn’t be more Russian if they were stuffed with borscht and sent their dog into space.

But the Telstar 18 was, ultimately, forgettable. A shame seeing as Russia 2018 was one of the better World Cups of the modern era.

The 1966 final ball, handcrafted by Malcolm Wainwright from Doncaster, was the first valve ball to be used in World Cup history and put an end to the torture of heading the laces.

It was never over the line, mind.

1966 world cup and matchball. As close as I'll get to touching it pic.twitter.com/TDLfy4rBRC

Forgive us but the Brazuca, rather than conjuring images of Copacabana beach and Samba football, looks like the rebranding attempt of a provincial zoo.

It was infinitely better than the Jabulani although the bottle cap you dribbled through the streets as a child could make the same claim.

The Adidas Brazuca, made in Pakistan, was the official match ball of the 2014 FIFA World Cup.#PakistanZindabad pic.twitter.com/yozRTp6G2R

Hard to place this one; we’re reluctant to rank anything associated with Qatar 2022 very highly but the design, a mature take on the Brazuca, is very easy on the eye.

A fence-sitting ranking in the middle it is.

What do you think of the ball for the 2022 Qatar World Cup? 🌍⚽️ pic.twitter.com/4XolpIGEUn

This was the first World Cup ball tested by robots, although Terry Butcher still punted it around with all the imagination of a house brick.

Adding the flair of Ancient Rome to the standard Tango formula was an inspired touch and made the Etrusco Unico feel irresistibly Italian.

Synthetic materials were used to make the ‘Azteca’ for the 1986 finals, dispensing with the usual leather amid fears that heading the ball in the Mexican heat would be more uncomfortable than sitting in your dad’s Audi during a July heatwave.

The altitude in Mexico saw the ball move around wildly as some of the World Cup’s most iconic long-range goals were belted home (Josimar, Rats, Colin Clarke).

We also like the funky Aztec influence and its association with Diego Maradona. Buen trabajo!

The usual guff about fewer panels and more accuracy accompanied the release of Teamgeist before the 2006 finals – anybody who witnessed England’s Golden Generation plod around Germany would strongly dispute the latter claim.

But this was another aesthetically-pleasing ball, with a sleek and almost scientific design perfectly encapsulating Germany’s summer of love.

Take away the lettering and this is how a football appears in all children’s drawings.

Everything about France ’98 just oozed cool, from the host country and assortment of star players to Des Lynam calling out 10 million sickies before England’s opening game with Tunisia.

Our totally scientific theory extends to the Tricolore used during the finals. It was the first ball to break from the traditional white and black combo that had been used up to that point and did it superbly by incorporating the colours of the French flag.

Close your eyes and you can picture Dennis Bergkamp bringing it down and spanking home that goal against Argentina. Magnifique.

A history of #WorldCup match balls: The first multicoloured ball the Tricolore, was designed for France 1998. The graphics on it were based on the neck of the French rooster abstracted into waves supposedly recalling TGV trains. https://t.co/h7CaWpeJ1l pic.twitter.com/1kp3NPMdrO

The first Adidas ball was designed with television in mind, with black on white making it more visible to viewers. Sadly, the enhanced visibility didn’t extend to England goalkeeper Peter Bonetti during their quarter-final defeat to West Germany.

But the original Telstar remains a classic design and perfectly befitting the most iconic World Cup of them all.

A tradition that began in Mexico 1970 with the Telstar continues today #nomedabola2014 pic.twitter.com/18uPpfnY

This ball design was the definition of Marmite. Luckily, we’re connoisseurs of the yeasty gloop.

Marking the first World Cup of the new century, the Fevernova was a defiant break from established norms which made it the footballing equivalent of a rebellious teenager that’s thrown away all their jeans and embraced Buddhism.

Yes, many players complained the ball was far too light which strangely befitted a World Cup that lacked gravitas but had plenty of novelty value.

But, on pure aesthetics, this remains a unique and dramatic design.

The greatest World Cup ball of all time? 🔥 pic.twitter.com/i0dRuY8CbO

The GOAT of footballs with a simple yet evocative design that remained the basis of World Cup balls for the rest of the 20th century.

All future designs shall be compared to the 1978 Tango and suffer accordingly.

READ MORE:  A definitive ranking of every World Cup since 1990 from worst to best

TRY A QUIZ: Can you name Brazil’s XI from their 2002 World Cup victory v England?