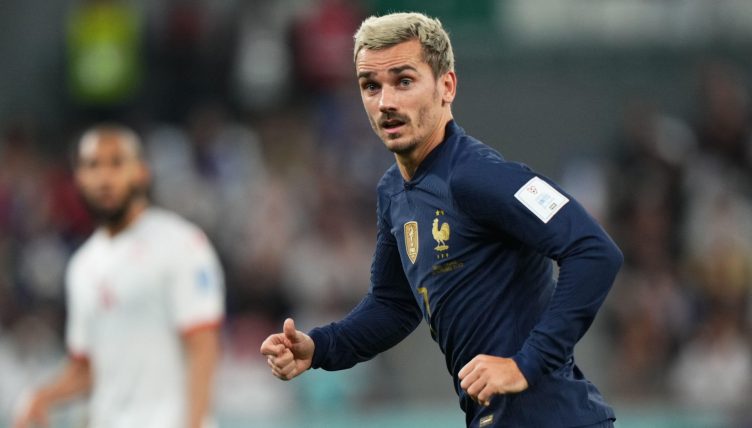 The World Cup semi-finals have been played, 98% of the games have been played and only Argentina and France remain in the competition. But who are the standout individuals of Qatar 2022 so far?

There are all kinds of metrics in which to measure quality, with the likes of Kylian Mbappe and Lionel Messi catching the eye as the main challengers in the Golden Boot race. Who are the creative players supplying the chances, though?

We’ve had a look through WhoScored‘s World Cup database to see the players with the most key passes – the final pass before a team-mate shoots at goal – to get a gauge on the best chance creators of the World Cup so far.

Given the struggles and frustrations he’s faced in recent times – failing to live up to his price tag at Barcelona before being reduced to cameos off the bench at Atletico Madrid amid a contract clause debacle – it’s perhaps a little surprising to Antoine Griezmann is out in front at the top.

Griezmann has been nothing short of outstanding so far. He looks perfectly suited to playing in the No.10 role behind the front three of Mbappe, Olivier Giroud and Ousmane Dembele.

The 31-year-old was outstanding in the 4-1 comeback win over Australia, set up Mbappe’s match-winner against Denmark and tops the list for key passes after continuing his impressive form in the knockout stages.

Ajax veteran Dusan Tadic is one of three players to have hit double figures for key passes so far. The Serbian had the likes of Dusan Vlahovic and Aleksandar Mitrovic to ping balls up to, yet that lethal combination wasn’t quite enough to send Dragan Stojkovic’s men through.

Denmark, Germany and Belgium surprisingly fell at the first hurdle, while Taremi and Lozano couldn’t quite inspire Iran and Mexico to progress from the group stage.

Surprisingly, of those lot, with 59 key passes played between them, they only collectively mustered two assists (one apiece for Musiala and Taremi). The likes of Eriksen, De Bruyne and Muller might have questions over whether forwards might have done more with their service.

Elsewhere, it’s no major surprise to see Lionel Messi feature in the top two. The Argentina icon has played every minute of the tournament so far and has scored five and assisted a further three.

Another name to look out for in the final will be France’s Theo Hernandez. The only full-back to feature in the top 10, the AC Milan defender has stepped up in place of his sidelined sibling Lucas Hernandez.

He loves to bomb forward and combines terrifyingly with Kylian Mbappe out on the left. His 11 key passes have made him a danger, while he wasn’t in Dider Deschamps’ starting XI for the opener against Australia.

Here’s the full rundown of the World Cup’s best chance creators so far.