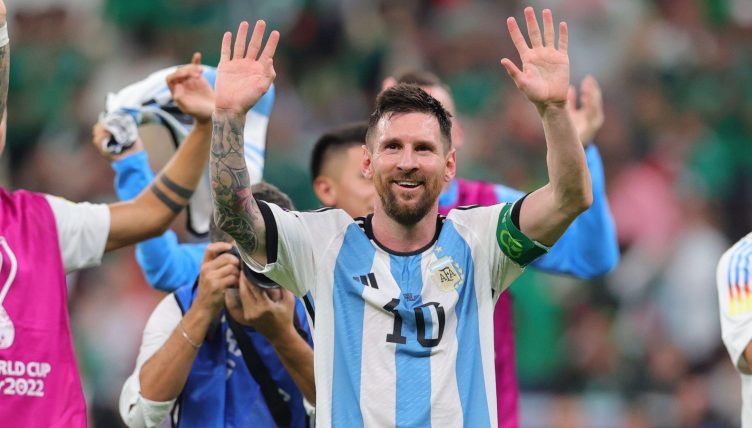 It’s Monday morning and you’re back to work after a weekend of non-stop football. Fire up that second screen and angle it away from your boss as you soak in the final day of four separate kick-offs in the World Cup.

There are few things we love more than the World Cup group stage, and Qatar 2022 hasn’t disappointed. We enjoyed some brilliant drama over the weekend, including a Saturday in which superstars like Lionel Messi, Kylian Mbappe and Robert Lewandowski well and truly stepped up for their respective nations.

Here are 19 of our favourite moments from a World Cup weekend that will live long in the memory.

Messi delivered when Argentina needed him the most.

Messi has that kind of effect on you…

This is the power of football ❤️@Argentina fans in Bangladesh celebrating Lionel Messi's goal in the #FIFAWorldCup victory over Mexico last night 🙌🇦🇷pic.twitter.com/HSE6JGGRsw

He has finally scored at a World Cup. What emotion. #POLKSA pic.twitter.com/YZJwJ3x6hI

He doesn’t even need the ball to embarrass defenders.

Such a silky footballer.

You took the initiative to call me Carlos, so I believe it is proper to call you Jurgen. Right?

Even not knowing me personally, you question my character with a typical prejudiced judgment of superiority.
(…) pic.twitter.com/JAq0l7Yp6n

Morocco scored a famous victory over Belgium and their manager celebrated in the most appropriate fashion.

The shithouse moment of the 2022 World Cup so far.

How did i miss this yesterday from Hannibal LOOL.😭 pic.twitter.com/4OrhIaqkkZ

One of the best saves we’ve seen in a long time.

A thing of beauty! What a double save from #Szczęsny!!!pic.twitter.com/D2stxjlTCo

Admirable honesty from the Spain coach.

Luis Enrique is asked what he would do if Ferran Torres makes the pacifier celebration after scoring for Spain. His response:

“I’ll sub him out immediately, put him in the stands, and he’ll never set foot in a football pitch again.”pic.twitter.com/r7H5id5ZED

What a player he’s been.

Ivan Perišić is the only player to assist in each of these last five major tournaments:

Subtly hitting out his and Laura Woods’ critics.

He slotted home this open goal with aplomb.

That’s loyalty for you.

What was going on here?

READ MORE: Look out, Mbappe can destroy defenders without needing the ball