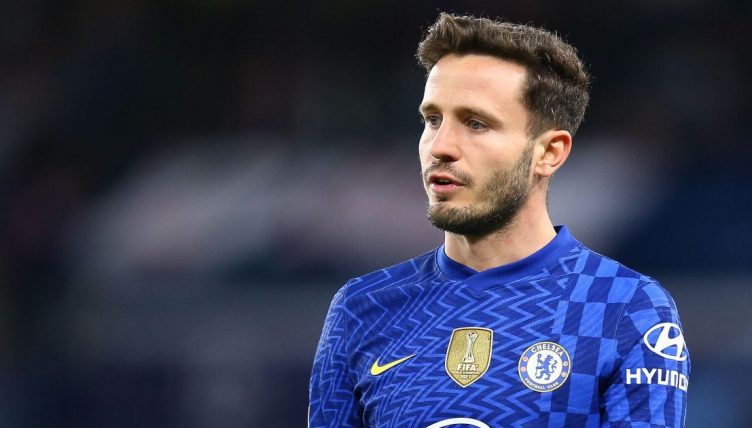 Bringing a player in on loan should be a relatively low-risk affair – but Premier League clubs including Chelsea, Arsenal and Manchester United have still managed to get it badly wrong.

A loan is essentially football’s equivalent of try-before-you-buy. You might have to stump up a bit of a loan fee and cover wages, but if things don’t work out, nothing lost, right?

Well, not in all cases. Some loans are simply so bad that all involved parties come out looking terrible. Here, we’ve rounded up 14 of the worst examples in Premier League history.

This was a classic bit of clever business. Chelsea needed a bit of cover in central midfield, Saul, a classy operator at his best, needed a fresh start after a tough season at Atletico Madrid. Perfect.

Or perfect on paper. A bloody disaster in reality.

He made just five Premier League starts in 2021-22, and in two of those games suffered the ultimate football ignominy, getting hooked at half-time.

Some media outlets have asked whether he was the worst loan signing in Premier League history. But trust us, Saul has some seriously stiff competition.

Some of the stiffest competition comes in the shape of Kallstrom, who Arsene Wenger brought in at Arsenal in January 2014.

At the time, Arsenal were flying high. Only Manchester City were ahead of them in the league and it looked like they could win their first title in a decade.

They needed reinforcements to keep up their challenge and a 100-cap Sweden international with Champions League experience looked a good option.

He wasn’t. Days before signing, Kallstrom had been in Abu Dhabi and fell over while playing football on a concrete pitch.

“I fell badly on a small rock. I hit my back and had some pain,” he said later, as quoted by the Star.

“Obviously we were due to go back to Moscow the day after so we didn’t do any medical check-up there because it wasn’t too bad at the time. We informed Arsenal straight away that I had a problem with my back and that I had no idea what it was, so they just told me to come along anyway.

“It was a bit of a blur because the deal had to be done quickly. I came to London, we had the medical and we found out there were some problems but we arranged the deal anyway.”

He then spent two months on the treatment table and made just three Premier League appearances before May. Oh, and he was Arsenal’s only signing that January, too. 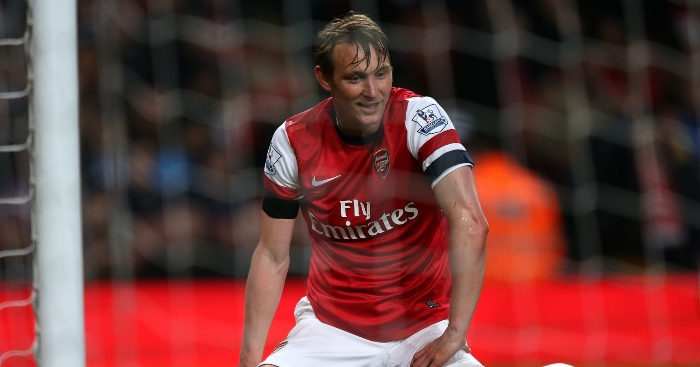 Another Arsenal mishap, Suarez spent the second half of the 2018-19 campaign at the Emirates after a high-profile January move from Barcelona.

He made four Premier League appearances. One more than Kallstrom, though.

The proud owner of not just one but two dodgy loan spells in the English top flight.

Following an injury-hit first campaign at Moncao, Falcao signed for Manchester United on loan for a £6million fee plus wages of £265,000 a week in 2014.

Upon arrival, the Colombian striker said: “I hope to stay many years at Manchester United and make history at this club.” He did not manage either. A year, 15 starts and five goals later, he was out on his ear.

For some reason, though, that didn’t seem to deter Chelsea, whose scouting presumably just involved watching his Atletico Madrid goal compilations on YouTube.

Anyway, his spell in west London turned out predictably badly, with 228 minutes of league football producing a single goal.

Less a terrible loan signing than just downright bizarre. Goram was a bona fide Rangers legend, but was already in his late 30s and was about to be released by Motherwell when he picked up the phone one fine day in March 2001.

On the other end was a man purporting to be Alex Ferguson, supposedly asking if Goram would like to move to Manchester United on loan. “Fuck off,” Goram said to the shameless prankster. A few seconds later Alex Ferguson phoned again and Goma’s wide answered.

’Miriam, this is Alex Ferguson, and you can tell that fat bastard he’s got 10 seconds to say aye or naw,” Ferguson said. Goram said aye and he was off to Old Trafford.

With Fabien Barthez and Raimond van der Gouw injured, United desperately needed cover. Goram was the answer. His first game was against Coventry. He conceded twice, picked up a backpass and was taken off after 66 minutes.

His second and final United game came a little under a month later… and he was again hooked for Van der Gouw with just under an hour gone.

As Fergie reportedly sadi to him after that first calamitous game against Coventry, “It’s a good job we signed you after we won the league.”

A €5million loan fee, 11 West Ham appearances, no goals and one glorious shot against Manchester United.

Simone Zaza's shot is even better with Titanic music 😂😭😂 pic.twitter.com/2DIFa8LNEf

Brazilian centre-half Roque Junior should have been the real deal. He wasn’t.

After being sent off on his Leeds debut against Birmingham, Roque played six more appearances. In total, Leeds conceded 25 times in those seven games, losing six.

In 2021, he told the Guardian: “It didn’t go as I expected on the pitch, because I needed time to adapt. Leeds had a great structure then, but they were going through a hard time financially and ended up being relegated and spending a long time away from the Premier League.

“With time I would have adapted to the Premier League, but it was a great experience for me. I view the opportunity to have played in England as a positive one.”

Another Brazilian, though a bit more recent. At his best, Pato was an eviscerating practitioner of the soccer, wriggling his way through Serie A defences like a sardine finding a hole in a fishing net.

By the time he arrived at Chelsea on loan from Corinthians, those days were the best part of a decade behind him. He played twice, scoring his solitary Premier League goal from the penalty spot against Aston Villa in the first of those two games.

This could be the worst of the lot. Gonzalez arrived at Newcastle in 2008 alongside the equally infamous Xisco. The problem was, manager Kevin Keegan did not want either of them. In fact, he didn’t have a scooby who they were.

Keegan quit in protest in what was probably the nadir of Mike Ashley’s time as Newcastle owner – and that’s saying something.

What you may not remember is his loan at Aston Villa from Wigan – unless you’re a Villa fan, that is.

Villa were in desperate need of a striker to get them some goals and help them sustain their push for a top-half finish. For some reason, they turned to a player who had managed to score twice in the first half of the 2013-14 season… in the Championship.

Chelsea really aren’t very good at this, are they?

Higuain did score five goals in his half-season at the Bridge under Maurizio Sarri. But they came against the might of Huddersfield, Burnley, Watford and Fulham.

Certainly not the best six months of a once-lethal striker’s career.

Is this the best own goal scored in the @premierleague ❓

Santiago Vergini put through his own net #OnThisDay in 2️⃣0️⃣1️⃣4️⃣ with this effort as @SunderlandAFC lost 8-0 to @SouthamptonFC… pic.twitter.com/gb3b6DoIc8

“It was not my choice to go to Swansea. I was forced to go there,” former Golden Boy Sanches told L’Equipe about his time on loan in the Premier League from Bayern Munich.

“I didn’t want to go. I have respect for the club, the players, all the people I met there. I appreciated their humility.”

That may well be the biggest backhanded compliment we’ve ever read.

Anyway, at least there was some appreciation being given out by someone as you can be damned sure the humble folk of South West Wales didn’t appreciate the Portuguese midfielder’s passing.

At first, this looked like it could be a masterstroke. The former Real Madrid man arrived at Stoke on loan from PSG in 2017 and, after just one training session, he bagged a goal against Arsenal on his debut.

That was to prove the only high point of this short and turbulent relationship.

In December, Mark Hughes made all three of his subs in a game against Swansea. Jese, angered at not being brought on, stood up and walked straight out of the stadium.

He later went AWOL after being granted compassionate leave to visit his prematurely born son in the Canary Islands and Stoke attempted to cancel the loan with immediate effect.

The Potters were relegated at the end of the season and Jese returned to Paris. In June 2022, he told Tutto Sport that the time in Staffordshire was “the worst adventure” of his career.

The highest-paid Premier League player for every season since 1992