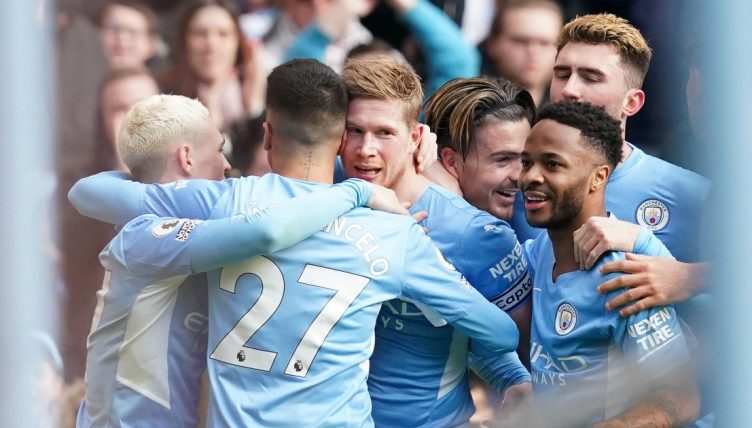 Manchester City put on a disciplined yet dominant performance at home to Chelsea to move 13 points clear at the top of the table.

Kevin De Bruyne’s second-half strike was enough to secure all three points against his former club, whilst Chelsea depart the Etihad frustrated after holding their own for most of the game.

Chelsea are just one point clear of Liverpool in second, having played two games more, but will still be confident about a top-four finish at the end of the season.

The 1-0 scoreline may not fully reflect how the game went, as City were in complete control throughout, and were unlucky not to score more as Jack Grealish squandered a big chance in the first half.

Here are eight of the best stats to come out of the top of the table clash:

– Manchester City’s last 13 games with John Stones and Aymeric Laporte as a central defensive pair has seen them win 13 times, scoring 41 goals and conceding just one (via Daniel Storey).

– Aymeric Laporte won as many aerial duels (five) as Chelsea did combined.

– City goalkeeper Ederson has now kept a clean sheet in exactly 50% of his Premier League games (83/166), making him the only keeper in Premier League history with over 100 appearances to do so in half of his matches (via OPTA).

– Kevin De Bruyne has now scored 21 league goals from outside the box, the most in the Premier League since his arrival, and level with Sergio Aguero as the most of any Manchester City player in Premier League history.

Manchester City have won all of their last 12 Premier League games in a row, which is the fourth time City have recorded 12+ successive victories, and the ninth time overall in Premier League history.