Ranking every England vs Germany encounter since 2000 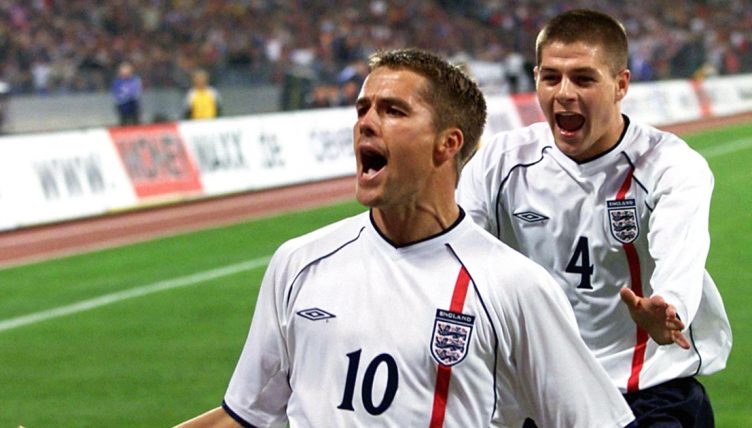 England against Germany is one of international football’s most prestigious fixtures – a clash that usually comes with a guarantee of enough drama and stories to bore future generations with.

Everybody’s heard about the Russian linesman, Gazza’s tears and penalty heartbreak at Euro ’96. But does the fixture always live up to the hype?

We’ve ranked all 10 matches that have been played between England and Germany since 2000 from the least to the most entertaining.

Having just been spanked by Chile, English expectations were low heading into this pre-2014 World Cup friendly at Wembley.

They turned out to be justified. Germany secured a 1-0 victory through Per Mertesacker’s first-half header and barely broke sweat throughout.

Roy Hodgson’s side didn’t lay a glove on Germany goalkeeper Roman Weidenfeller and the chasm between the two sides had rarely felt so vast.

Events in Brazil the following year demonstrated just how wide it was – England were eliminated after two games while Germany won the trophy.

Goalless draws are rarely thrillers, but this fixture in November 2017 wasn’t as bad as the scoreline suggests.

Having secured qualification for Russia 2018, England played out a stalemate with the world champions in a match that saw Jordan Pickford and Ruben Loftus-Cheek make their international debuts.

That midfield pivot though. Eric Dier and Jake Livermore.

We’ve come a long way in a short space of time.

A match that felt hugely significant at the time but is largely forgotten about these days.

After the build-up to this Euro 2000 match was overshadowed by hooliganism, England gained their first win over Germany at a major tournament since 1966 thanks to Alan Shearer’s opportunistic header.

UEFA warned England that they faced expulsion if the behaviour of their fans didn’t improve. Phil Neville’s wild lunge against Romania ensured they were knocked out in the traditional style. Germany somehow managed to finish below them in Group A.

A dire match between two limited teams that befouled a brilliant tournament.

#OnThisDay 2000
Alan Shearer scored the only goal of the game as England beat Germany 1-0 at the European Championships.

It was England’s first win against Germany at a major championships since 1966 🏴󠁧󠁢󠁥󠁮󠁧󠁿pic.twitter.com/OcCKlRoaGC

Germany became the first team to beat England at the rebuilt Wembley with this friendly victory in August 2007.

Frank Lampard lashed home the opener but Paul Robinson committed one of the more bizarre goalkeeping errors. Making a hash of a Bernd Schneider cross, Robinson simply palmed the ball to a grateful Kevin Kuranyi to equalise for the visitors.

Christian Pander struck an unstoppable winner for Germany and Steve McClaren’s underachieving side laboured for the remainder of the match.

A line-up that included a string of fringe players and Gabby Agbonlahor took the game to their hosts and Matthew Upson headed them ahead in the first half.

This game was the rarest of beasts – a satisfying England friendly.

An experimental England side acquitted themselves well against the world champions but found themselves beaten by a Lukas Podolski strike.

Podolski, who was making his final appearance for Germany, was given a standing ovation by the Dortmund crowd upon leaving the pitch and the night was only marred by offensive chanting from a section of England’s support.

Defeat in this friendly was the first of Gareth Southgate’s reign but there were plenty of positives to take from the performance. No harm done then.

A terrible match, but one that caused Kevin Keegan to resign in the Wembley toilets afterwards – entertainment doesn’t come much more surreal than that.

#OnThisDay in 2000, the final match at the old Wembley was played. England lost 1-0 to Germany and it lead to Kevin Keegan's resignation. #SkySportsRetro pic.twitter.com/hqiHK3NYeC

One of those rare and tantalising nights where England resemble a competent and successful football team.

Having gone 2-0 down against the Euro 2016 favourites, Roy Hodgson gambled on fresh blood from title challengers Leicester and Tottenham with spectacular results.

With Dele Alli pulling the strings, Harry Kane pulled a goal back before Jamie Vardy levelled with an audacious backheel shortly after coming on.

A draw would have been a credible result, but Eric Dier powered home a late header to secure an impressive victory.

On the back of this morale-boosting victory, England marched confidently into the Euros and a second-round meeting with Icel…. ah.

Frank Lampard’s ghost goal? Thomas Muller banging goal after a goal past a despondent David James? A footrace for the ages between Mesut Ozil and Gareth Barry?

The last tournament meeting between Germany and England at South Africa 2010 provided tremendous entertainment for watching neutrals across the globe.

Having barely escaped their group, an experienced England side were torn apart by their youthful opponents who raced into a two-goal lead through Miroslav Klose and Podolski.

The improbable figure of Matthew Upson pulled a goal back before Lampard’s infamous ‘goal’. England left themselves insanely open while chasing the game and were picked off by precise German counter-attacks.

This chastening defeat was the moment everybody realised England were rubbish until the 2018 World Cup raised expectations again.

That night in Munich remains one of the most famous in English football history, immortalised by the chant ‘Five one, even Heskey scored’.

Speaking to The Sun in June 2021, Heskey said: “Wherever I go in the world, I always bump into an England fan who will say they know exactly where they were when that game was being played. That just fills you with joy because it’s a memory that everyone cherishes and I was a part of for a whole nation.

Germany had the last laugh though, reaching the final of the 2002 World Cup while England exited in the quarter-finals.

But that doesn’t detract from the joy of a monumental night in September 2001.

Can you name England’s XI from Kevin Keegan’s last match in charge in 2000?