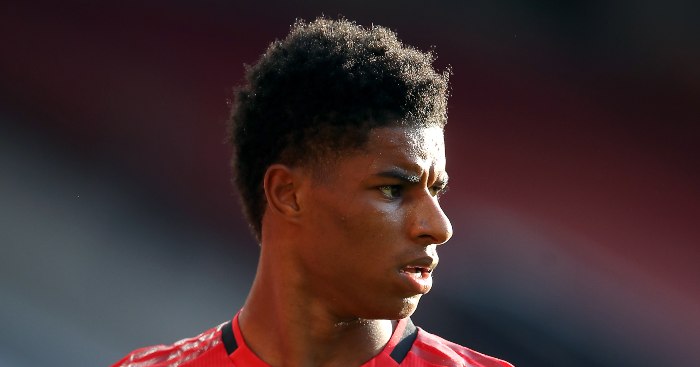 While Liverpool and Arsenal men caught the eye in pre-season this weekend, Marcus Rashford continued to show he’s just as impressive off the pitch as he is on it.

Elsewhere, Arjen Robben was back up to his old tricks, there were some international landmarks and Crawley Town’s manager provided the gloomiest post-match interview ever.

Hungary midfielder Dominik Szoboszlai scored a stunning free-kick late on to give them the win over Turkey in the #NationsLeague pic.twitter.com/9jfb30yJhX

The commentary somehow makes this goal even better.

Robben coming in off the right wing to score with his left foot? Some things never change.

🎥 – Arjen Robben just scored his first goal for FC Groningen! (since his return). What a moment for him! 😍🔥 pic.twitter.com/0ppu3EWsDq

He’s such a special talent.

Moments that matter: James Ward-Prowse scuffing up the penalty spot. Dark arts you, finally, love to see from an #England team. pic.twitter.com/MlEATWztJE

Rashford continues to show what an amazing person he is.

I would urge you to talk to families before tweeting. To this day I haven’t met one parent who hasn’t wanted or felt the responsibility to feed their children… https://t.co/J72VyRazbF

The Arsenal manager has still got it.

And so has the Manchester United manager.

The boss has still got it 😎⚽️

More of this next season, Joao.

#MCFC's Joao Cancelo fires Portugal ahead with this goal – what a finish! 🎯🔥pic.twitter.com/XwrRSatJy2

He makes it look far too easy.

Benson and Hedges also managed to get a call up.

Roberto Mancini left Giorgio Chiellini on the bench for Italy yesterday because he wasn't wearing his glasses 🤣 pic.twitter.com/YFfoZmYfL4

What a moment for the Liverpool youngster.

Here’s Sonny sprinting the length of the pitch in the 90th minute of a preseason friendly to clear the ball off the line, unreal. pic.twitter.com/3VvXnLl88i

He is the system. 👊pic.twitter.com/ITMy934vxb

Zaha has been in brilliant form during pre-season.

Another fine finish from Zaha in pre-season for Crystal Palace 💪pic.twitter.com/l7UNWYcWbX

His dad will be proud of that one.

🔥 Daniel Maldini that is GORGEOUS.

Straight to the point.