Yunus Musah: Everything you need to know about Valencia’s ex-Arsenal man 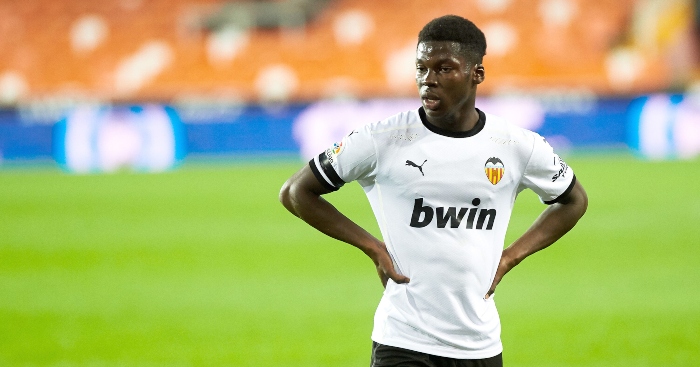 Former Arsenal prospect Yunus Musah may only be 17 years old, but he is already of the most sought-after talents in world football.

The Valencia forward is currently at the centre of an international tug-of-war between England and the USA as they battle for his allegiance.

We’ve brought you the lowdown on the teenager Arsenal could regret allowing to leave north London.

Musah started his career in the youth ranks with Giorgione Calcio 2000, before moving to become a part of Arsenal’s academy.

The winger went on to become one of the top talents in the Gunners’ academy and also represented England at every age group from U15 up to U18.

However, he opted to leave North London and head to Valencia in 2019, with Marca claiming that the prospect’s “unexpected” departure was a “stabbing” for then-Arsenal boss Unai Emery, who had planned on using him.

Musah made his first-team debut at 17 years and 289 days old, which made him the Spanish club’s youngest foreign player, as well as seeing him become the club’s first-ever Englishman.

The teenager has made 17 appearances for Valencia, with eight of them coming this season, indicating that this will be a real breakout year for him.

He even got the first goal of his senior career during Los Che’s 2-2 draw against Getafe in November 2020, before making his first appearances for the USMNT, starting in friendlies against Wales and Panama.

A lot of Musah’s qualities thrive on the game opening up for him, as he has the athleticism to exploit space, as well as the technical and tactical capabilities to make the most of it.

He is able to get a good first touch in, especially while running at speed, and also has the awareness to pick out areas on the pitch where he can find space.

However, questions can possibly be asked about his capabilities to operate with the ball at his feet when the Valencia player is in tighter spaces. The teenager has attempted 2.5 dribbles per 90 La Liga minutes this term, with 1.5 of those coming off.

Musah also takes a lot of pride in his passing and has completed 74.8% of those made in La Liga this term.

– “I’ve played against them a few times with the youth national team and he was always a good player,” Giovani Reyna said in November 2020. “I mean, there’s a reason he’s playing for Valencia every week. He’s a big player and one of the best 02’s in the world, I’d say.”

– “There is the makings of a player there, and despite his age, he showed great maturity to endure the level of demand that was there,” Javi Gracia told Valencia’s official website after a 4-2 derby win over Levante in September 2020. “That should be valued and we should take care of him so that in the future he contributes many more things to Valencia CF.”

– “What we see from him is a player that’s hungry. He’s hungry to make his impact,” USMNT head coach Berhalter said in November 2020. “He has a connection with the United States. He loves the direction the team is going in. He loves the young talent that he can be alongside, and we see him as having a ton of potential.”

– “This is the priority where we are at the minute, but he is a very good player and we have got to do our jobs and keep an eye on him,” England U21 manager Aidy Boothroyd said in November 2020. “I am hopeful we will see him in the U21s at some point.”

– With Yunus, we were in contact with his family. (Head of development) John McDermott has been looking after that in the short-term but I know all of our coaches in the junior teams have been very pleased with him,” Gareth Southgate said in November 2020.

“It is obviously not ideal that he’s had this period with the United States but he can still transfer across because they were friendlies.

“There is a carrot there is a team comes in and offers you a senior cap, we understand that is attractive but we are not willing to fast track somebody just to secure them.

“We are showing all the time there is a pathway there for young players and opportunities for young players with us, we’d like Yunus to be one of those, we recognise his ability, so we’re hopeful to keep talking and hopefully he’s back in an England shirt.”