Can you name Arsenal’s XI from the 1995 Cup Winners’ Cup final? 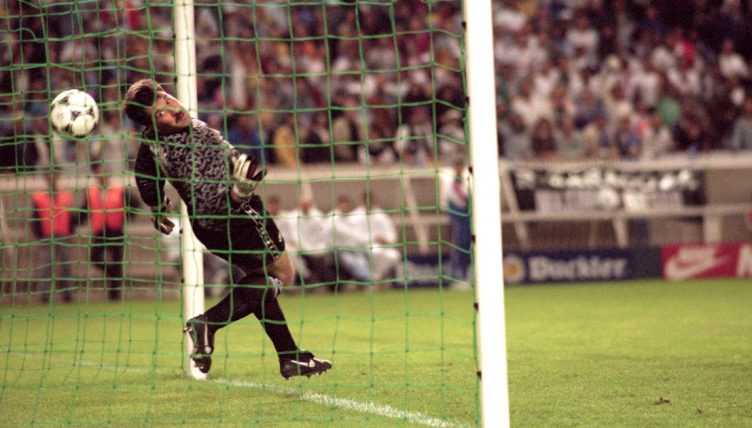 Arsenal’s defeat in the 1995 UEFA Cup Winners’ Cup final is remembered for one moment and one moment only – Nayim from the halfway line.

You’ll probably know the Gunners goalkeeper that Nayim lobbed in the 119th minute to seal a 2-1 victory for Real Zaragoza – one of the most famous moments in the La Liga club’s storied history.

But we want you to cast your mind back to the 1994-95 and think who made Arsenal’s starting line-up that night at the Parc des Princes in Paris.

Ninety minutes had finished with the final in the balance, with both sides having got on the scoresheet, and it looked destined to go to penalties when the former Tottenham midfielder came up with a brilliant piece of improvisation to win it for Zaragoza.

This was pre-Arsene Wenger days for Arsenal, with Scottish coach Stewart Houston in caretaker charge, after George Graham was sacked in February.

It was a fitting end for a 1994-95 season to forget for the Gunners. They finished 12th in the league that year – their worst placing of the Premier League era – and failed to win any silverware. But they boasted some excellent players, including some 90s icons, many of whom were on Houston’s teamsheet that ill-fated night in Paris.

You’ve got 10 minutes to try name every player that started that final for Arsenal. The time to beat from the Planet Football office is 02:51.

If you’re after another quiz after this one, have a go at naming every player to appear for Arsenal in their Invicibles season.