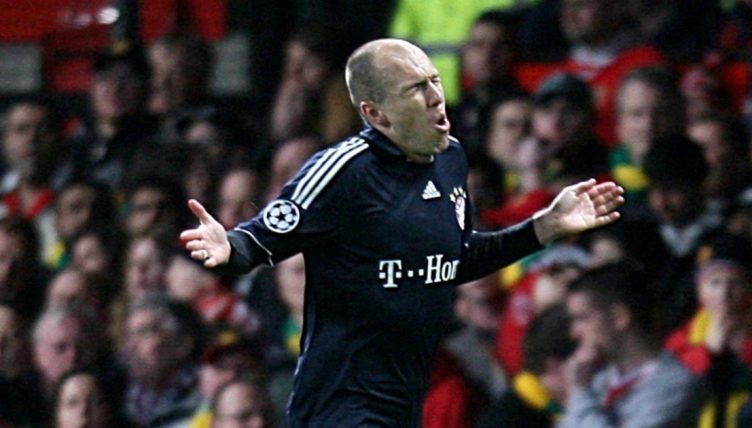 The first leg was held at the Allianz Arena and Bayern came away with a 2-1 win after their striker scored an injury-time winner.

But United got off to a brilliant start in the second leg at Old Trafford as Darron Gibson and Nani scored inside the opening seven minutes.

Nani got his second goal of the game in the 41st minute to give United a 4-2 aggregate lead but Bayern pulled a goal back two minutes later.

After Rafael was sent off at the start of the second half, Bayern started to dominate and their No.10 scored a stunning goal to send the German side through on away goals.

“They got him sent off,” an angry Sir Alex Ferguson said after the game. “There’s no doubt about that and they would have never won if we had 11 men. He [Rafael] is a young boy, inexperienced and there’s a bit of immaturity about what happened but they got him sent off. Typical Germans.”

Bayern went on to reach the Champions League final that season before losing 2-0 to Jose Mourinho’s Inter Milan. But we’re asking you to name Van Gaal’s XI from that game at Old Trafford. The time to beat is 00:57.

If you’re after another challenge after this quiz, why not have a go at naming Bayern Munich’s XI from the 2013 Champions League final?