Can you name the Blackburn XI that clinched the PL title in 1995? 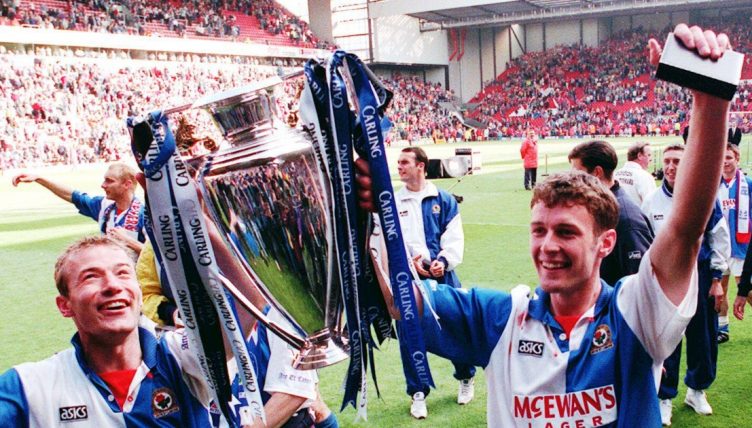 Blackburn Rovers won the Premier League in 1995, pipping a dominant Manchester United side to the post – but can you name the Rovers XI from the match that sealed the title on the final day?

Blackburn were on the cusp of greatness before the 1994-95 season; they’d finished second the year before and owner Jack Walker had invested heavily in both the playing staff and manager Kenny Dalglish.

And Blackburn set the pace for most of the season, playing some sublime football along the way and opening up an eight-point lead over United by the middle of April.

Defeats against Manchester City and West Ham allowed United to close the gap but Rovers entered the final day of the season knowing that victory at Liverpool would seal their first league title since 1914.

In the event, Blackburn lost 2-1 at Anfield with Jamie Redknapp scoring a last-minute winner. But United were held to a draw at West Ham, meaning Dalglish’s side had won the league by a single point.

Rovers never came close to retaining their title and were relegated in 1999, adding to the sense of immortality about their achievement – and we’re asking you to name the XI that clinched the title at Anfield in May 1995.

It’s a line-up packed full of Premier League legends but there are some unfamiliar names sprinkled around too. The score to beat from the Planet Football office is 03:13.

Can you name Blackburn’s XI that won the League Cup final in 2002?