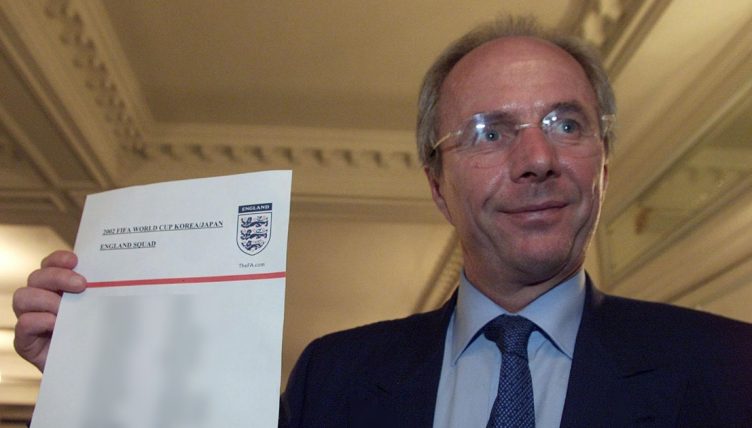 Two decades have passed since England’s dreams of winning the 2002 World Cup ended as Sven Goran Eriksson’s men were beaten 2-1 by Brazil in Shizuoka.

Hosted by South Korea and Japan, the tournament was quite the mixed bag for England, with a famous group stage victory over Argentina accompanied by draws with Sweden and Nigeria.

The Three Lions then thumped Denmark 3-0 in the round of 16 but were ultimately outclassed by the eventual winners in the last eight.

England took the lead in the first half, but Brazil fought back thanks to goals from Rivaldo and an infamous free-kick from Ronaldinho, who was later sent off.

“We have some difficult matches but an extremely exciting time ahead of us. I am happy to name this squad and am looking forward to meeting up with the players on Monday,” Eriksson told the FA’s official website when announcing the squad back in May 2002.

But can you name the 23-man squad England took to the Far East 20 years ago? You’ve got 10 minutes to name every squad player, with 11 clubs represented.

The players have been ordered by squad number and nothing else. Our score to beat from this one is 21/23 – but full marks are achievable if you think hard enough.

Once you’ve completed this quiz, why not try name every country to compete at a FIFA World Cup?

NEXT QUIZ: Can you name every player to score for England under Southgate?