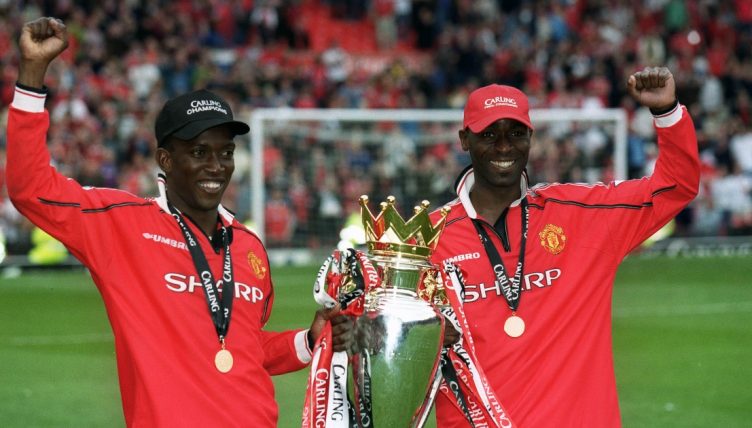 The 1998-99 Premier League saw three joint-top scorers from Liverpool, Leeds, and Manchester United – but can you name all 19 players to make it into double figures?

That’s a lot. 19 different players all bagging an impressive tally speaks to the quality of the league that season, which makes it more surprising that it was that campaign United managed to clinch a historic treble.

But it wasn’t just United’s strikers who were firing on all cylinders that campaign. 959 goals were scored across the Premier League, at an average of 2.52 per match.

United almost didn’t even win the league. Going into the final game of the Premier League season, they had to beat Spurs to ensure the title returned to Old Trafford. But while Arsenal had no problem against Aston Villa on the final day, United had to battle back from 1-0 down to clinch the title.

So, can you name all 19 players that scored 10 or more goals in that historic season? Some are obvious, but others might have you scratching your head. We’ve given you 10 minutes and have listed the club(s) each player featured for along with the number of goals they scored as clues.

After you’ve done that, why not try to name every member of Man Utd’s Treble-winning squad? You should have a couple of them thanks to this quiz.

NEXT QUIZ: Can you name the top 25 goalkeepers with the most PL clean sheets?