Can you name every scorer from the opening day of the 2016-17 PL season? 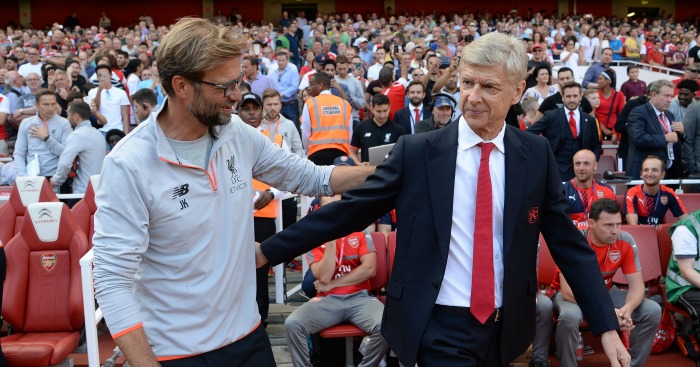 The Premier League gets underway as Arsenal face Leicester on Friday night, but can you cast your mind back to the opening weekend of the 2016-17 season and name every goalscorer?

Supporters will be hoping the opening weekend of this term can be as exciting and eventful as last year, when 28 goals were scored across the 10 matches.

Matchday one of 2016-17 included a seven-goal thriller at the Emirates as Liverpool beat Arsenal 4-3, while reigning champions Leicester suffered an upset at newly-promoted Hull, who were coming off the back of a summer of turmoil.

We’re giving you six minutes to name every goalscorer. Good luck, and don’t forget to tweet us your scores @planetfutebol.

Fancy another brainteaser? Visit our dedicated quiz page for a host of other challenges.

Ranked: Every Premier League club by their opening-day record since 2007