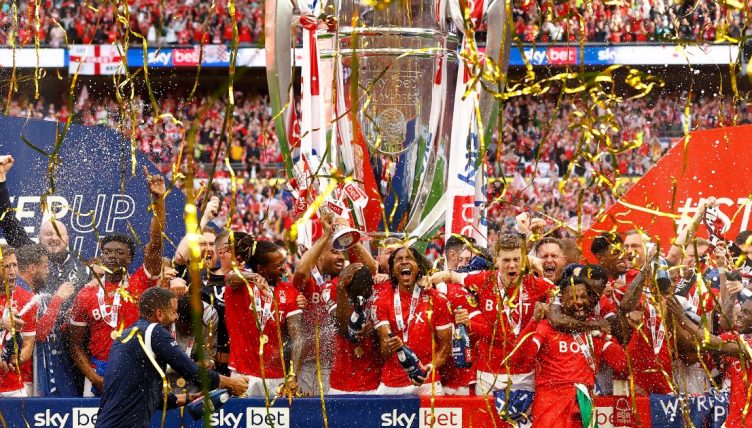 Winning promotion to the Premier League is one of the greatest experiences in football – but can you name every club to have ever managed it?

The riches on offer in the top division have increased dramatically since the competition’s rebrand in 1992, with promotion out of the second tier becoming one of the greatest experiences in English football.

Your challenge is to name every club to have won promotion to the Premier League, starting from the final teams to go up from the old Second Division. There are over 90 to get, although naming a certain few yo-yo clubs will take you a long way.

“We’ve reminded the world of how special and how big this football club is and that means a lot to me,” said the man who led the most recent playoff-winning side, pictured above, to the promised land of the Premier League.

“We’ve been desperate for something like this. In the last eight or nine months we’ve just tried to put a sense of belief in among the club that has then connected with the supporters. There is no doubt that we deserve to be promoted, with the football that we have played, the games that we have won, the attitude we have given after every average performance or loss. I am really proud of everybody connected with the club.

“It is a magical football club and we have just reminded the world of that.”

The score to beat from the Planet Football office for this one is 85/92. If this gives you a taste for another quiz, why not try name every top scorer in the Championship since 2000-01?