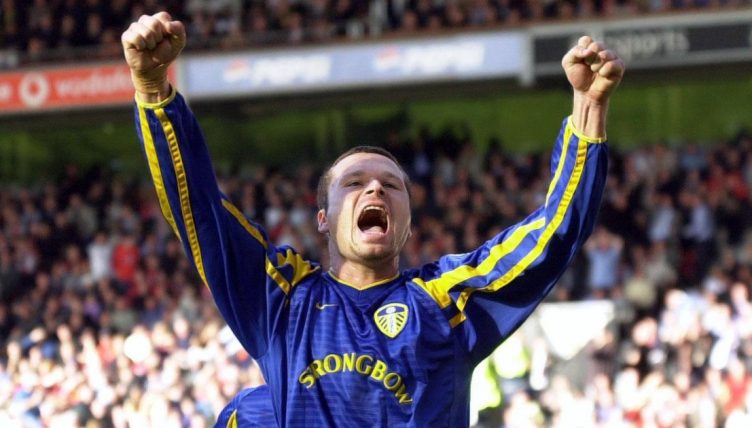 After a 16-year absence, Leeds United returned to the Premier League in 2020 and kept themselves in the top-flight by the skin of their teeth last term – but can you name their top 30 goalscorers in the competition?

The majority of the names of their top Premier League goalscorers are from before the relegation they suffered in 2004, but there are a few players since the return.

We’re sure you’ll get the man pictured above, who is comfortably Leeds’ top scorer of the Premier League era, with his 59 league goals for the club including an unforgettable four-goal haul against Liverpool. He’s one of a few famous Leeds names, but there are also some more obscure forgotten players that you’ll do well to remember.

We’ve given you 10 minutes and have listed the number of goals each player scored for the Whites in the Premier League as a clue. A * denotes that the player is still currently with Leeds.

Note: a few players on five goals miss out here; the name we’ve included in the last spot on the list is the one that had the best goals-per-game ratio in the Premier League for Leeds. The score to beat from the Planet Football office is 26/30.

Once you’ve finished this, see if you can name Leeds United’s XI from their 1992 Charity Shield victory against Liverpool.