Can you name Southampton’s top 30 goalscorers in PL history? 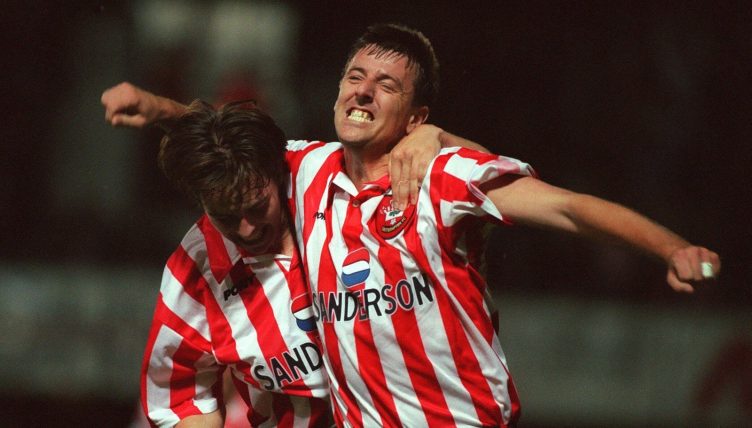 Matt Le Tissier scored 100 Premier League goals for Southampton – but how many of the rest of their top 30 goalscorers in the competition can you name?

We’ve given you 15 minutes and have listed the number of goals each player scored as a clue. An asterisk denotes that the player is still currently at Southampton.

“For me the special thing about Southampton was the relationship I had with the fans. From the age of 17, when I broke into the first team, they were always incredibly supportive of me,” Le Tissier reminisced on his legendary Saints career in an interview with UCFB.

“Whenever I was a substitute I can remember them singing my name and putting pressure on the manager to get me on the pitch! It was just lovely to hear and to have that level of support.”

“I was just a kid from Guernsey, I didn’t even know I was going to be a footballer – I just had these dreams. The minute I got onto the pitch at The Dell the fans were just so incredibly supportive, and that was one of the reasons why [I stayed].”

Widely regarded as the Saints’ greatest-ever player, we thought there was no point being coy about the name that tops this list. There are also some other memorable names that we’d expect you to get, but this is a tricky one – and knowledge of their time in the Premier League before returning to the top flight in 2012 is essential.

Our score to beat from this one is 20/30, but if you’re a diehard Southampton fan we reckon you can do better than that. And if you’re after another challenge after this one, try name every team to be relegated from the Premier League.