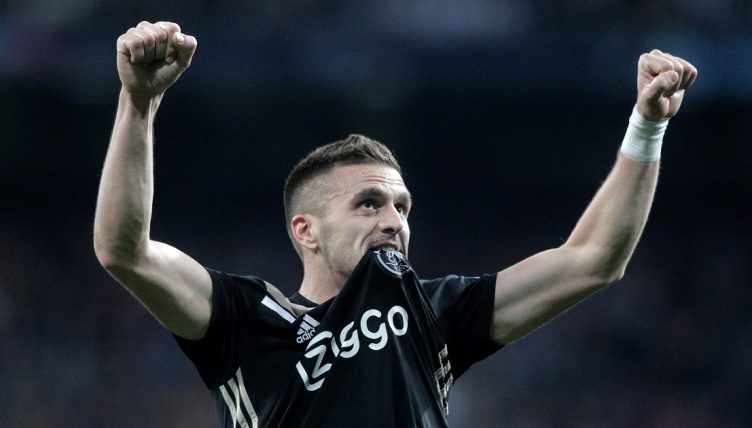 It was the kind of result that wasn’t supposed to happen in the modern era.

While Ajax might be the giants of Dutch football, their resources are dwarfed by a select number of European behemoths who have come to dominate the Champions League – none more so than Real Madrid.

Going into their last-16 tie in March 2019, Madrid had won the competition in the previous three seasons and held a 2-1 lead from the first leg in Amsterdam.

But what happened over 90 minutes in the Bernabeu sent shockwaves across European football. Overseen by Erik ten Hag, and packed full of exciting young talent, Ajax tore into their aristocratic opponents from the off.

They quickly established a two-goal lead and went on to extend their advantage in the second half, with a former Premier League forward playing an integral part in their success.

Madrid rallied but Ajax sealed an amazing 4-1 victory to eliminate the serial Champions League winners – and went on to prove it was no fluke by eliminating Cristiano Ronaldo and Juventus in the next round.

Only a miraculous comeback by Tottenham Hotspur in the semi-final prevented Ajax from facing Liverpool in that season’s final and the squad was soon broken up by Europe’s richest clubs.

We’re asking you to name the Ajax XI from one of the most memorable Champions League nights of recent seasons. The score to beat from our office is 02:11.

If this gives you the taste for another quiz, try to name every player to win both the Champions League & World Cup.