Can you name all 10 clubs Emmanuel Adebayor played for in his career? 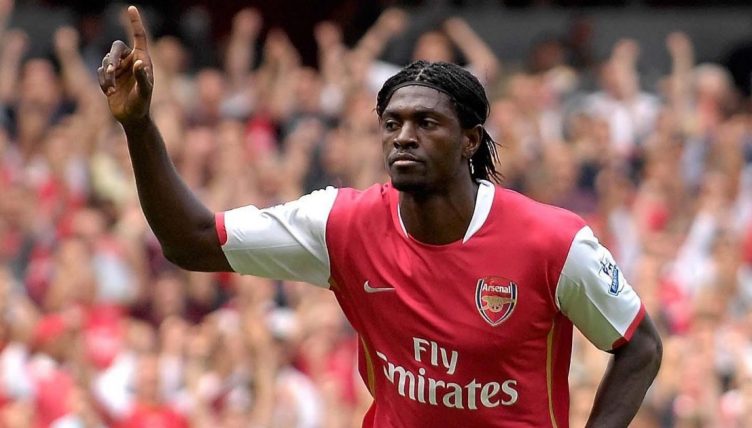 Emmanuel Adebayor was a central figure in the Premier League narrative from when arrived in 2006 to when he left for a second time in 2017, playing for four English clubs. But how well do you remember his career as a whole?

In total, the Togo striker turned out for 10 different teams in five countries, making himself a hero at some and villain at others. Love him or hate him, you have to admit he was box office at his best.

Here, we want you to recall all the sides whose shirts Adebayor has pulled on since his first professional appearance in France in 2003.

We’re giving you just five minutes to name every club, with only the years in which he represented each club as your clue. Our score to beat is 7/10.

Once you’ve completed this, why not try to name the 12 different clubs that Nicolas Anelka played for?

Can you name the nine clubs Craig Bellamy played for?

Can you name the top 20 French goalscorers in CL history?