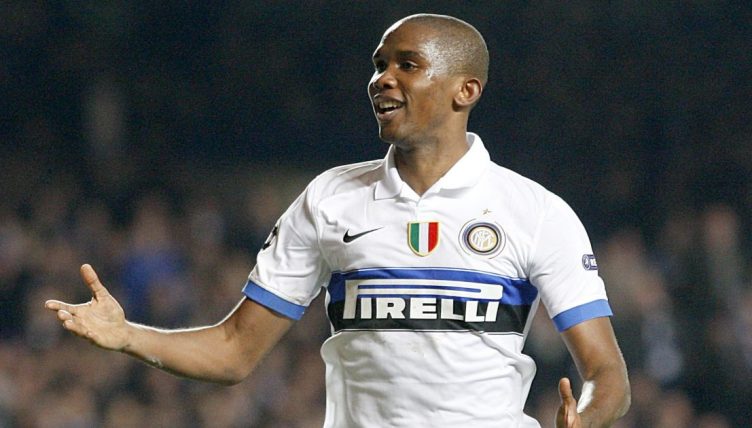 Samuel Eto’o was one of the finest forwards of his generation, playing for top clubs and winning a plethora of silverware, but he made a few odd moves too. Can you remember every club he played for in his career?

Eto’o moved from his native Cameroon to Spain as a youngster, kicking off a storied career that took him to the very top of world football and saw him win 118 international caps as well as an Olympic gold medal.

He played for some giant clubs and turned out for some of the great managers of the 21st century. Three Champions Leagues, four domestic league titles and a variety of other trophies are testament to his ability and endeavour.

But as his career wound down, Eto’o made a series of moves that, looking back, make you think ‘really?’

Here, we want you to name all 13 of the clubs he turned out for, including those where he featured on loan early in his playing career.

Eto’o played in six different countries and we’ve given you the years he played for each side as a clue. The score to beat from the office is 7/13.

Once you’ve completed this, why not try to name the nine clubs that Zlatan Ibrahimovic has played for?