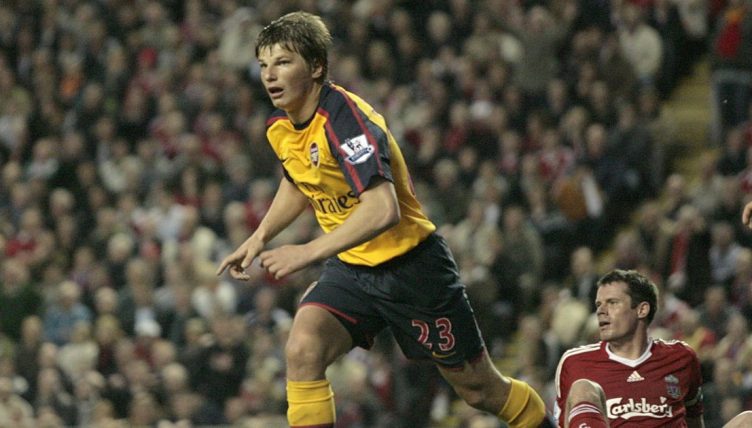 On April 21, 2009, Arsenal and Liverpool played out one of the most iconic Premier League fixtures at Anfield.

Rafa Benitez’s title-chasing Liverpool had to settle for a point in a result that proved costly as they finished four points behind eventual winners Manchester United.

We’re probably not giving anything away to say Andrey Arshavin scored all four goals for Arsenal that day, but how well do you remember the rest of Arsene Wenger’s XI? We’ve put the cherubic Russian there already, but there are 10 other names to guess.

“For me it was a regular game – nothing special. I did not feel anything special before the game,” Arshavin told Sky Sports after his four-goal haul.

“When I came out onto the pitch and was warming up, I thought ‘we will not lose today’. That was the only thing I knew before the game.

“Of course I could not imagine before that game that I would score four goals. If you look at the stats, it was my best game. But in terms of playing style, I had some other games that were much better.”

If this gives you the taste for another quiz, try naming every player Arsene Wenger signed for £10million+ at Arsenal.