Can you name Arsenal’s XI from Arsene Wenger’s first game as boss? 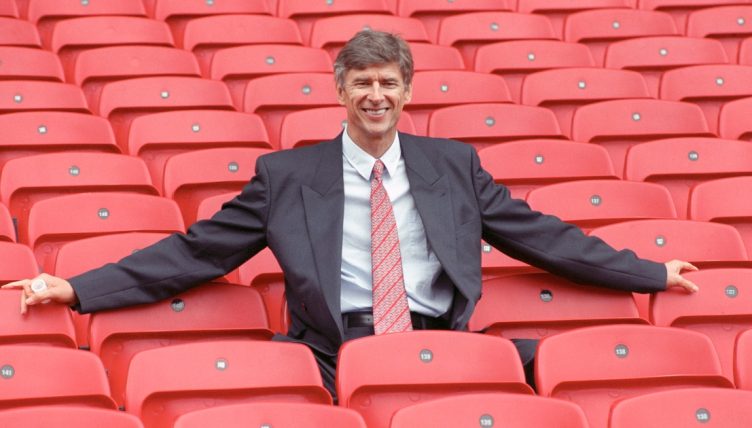 Arsene Wenger was appointed as Arsenal’s new manager on 26 September 1996. He went on to become the club’s all-time most successful coach over a 22-year reign – but can you remember how it all began?

Wenger’s appointment was a seminal moment in Arsenal’s history – but also in the rise of the Premier League as a competition and the development of English football as a whole.

He was little-known on British shores prior to his arrival from Japanese club Nagoya Grampus Eight, but the sports science, training methods and playing style he introduced with his brilliant Gunners sides made a profound mark on the game.

As the man himself later recalled: “I changed a few habits of the players, which isn’t easy in a team with an average age of 30 years. At the first match the players were chanting, ‘We want our Mars bars!’

“At half-time, I asked my physio Gary Lewin, ‘Nobody is talking, what’s wrong with them?’ He replied, ‘They’re hungry.’ I hadn’t given them their chocolate before the game. It was funny.”

Despite the lack of sugary energy, Wenger’s Arsenal made a winning start with a 2-0 victory away to Blackburn Rovers, and we’re asking you to name the Frenchman’s starting XI from that game.

There are some famous names in this line-up, so we reckon you should be able to get all 11 names in good time if you know your Gunners’ history. The time to beat from the office is 03:27.

If you want another quiz after this one, why not take on another challenge and try to name Arsenal’s top 30 goalscorers of the Premier League era?

NEXT QUIZ: Can you name Arsene Wenger’s 20 most-used players at Arsenal?