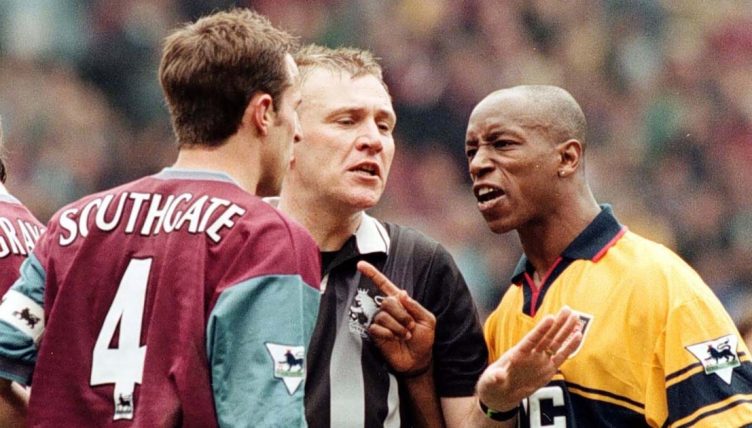 On May 10, 1998, Arsenal legend Ian Wright made his final appearance for the club in a 1-0 defeat away to Aston Villa. Can you remember who else featured for Arsene Wenger’s Gunners that day?

It was a second successive defeat for Arsenal, as ten-man Villa caused a shock on the final day, but it ultimately mattered little after a stunning 10-match winning streak had secured the title for Wenger’s men.

A few days later, Arsenal went to Wembley and completed a double with a 2-0 victory over Newcastle United in the FA Cup final, though Wright was an unused substitute that afternoon. A short while later, having been omitted from England’s squad for France 98, the striker moved to West Ham in a deal worth £500,000.

It wasn’t the perfect send-off for Wright, but he’ll have cared little as he celebrated lifting two trophies come the end of the campaign. We want you to name the rest of Wenger’s starting XI from that defeat to Villa.

If you’re after another challenge after this, why not have a crack at naming every player to appear for the club under Mikel Arteta?

You’ll need to sign up to Starting 11 below to play the quiz and completing it will also put you on our weekly Starting 11 leaderboard. You can access the leaderboard via the dropdown menu on the quiz below. The time from the office to beat is 01:55.