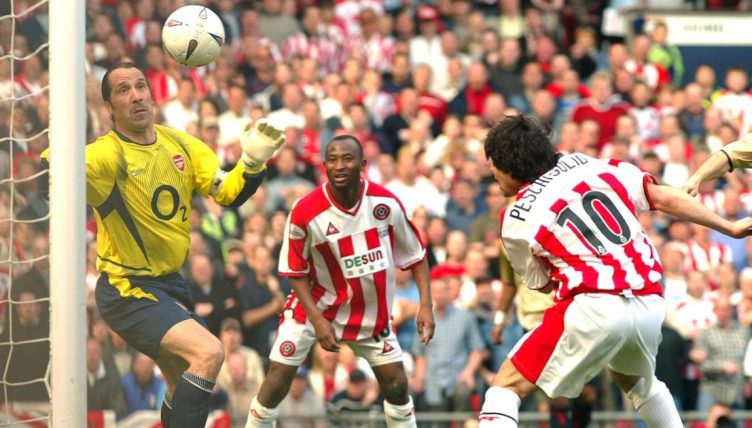 On April 13, 2003, Arsenal and Sheffield United travelled to Old Trafford to face each other in the FA Cup semi-final, with Wenger’s men coming out 1-0 winners and going to lift the trophy.

Arsenal went ahead through a controversial first-half goal that infuriated Blades boss Neil Warnock, but they could not extend their lead, despite having a few chances.

The Gunners then came under late pressure from their second-tier opponents and a win was only salvaged by the fingertips of their goalkeeper, who produced an age-defying stop to deny Paul Peschisolido and mark his 1,000th professional appearance in style.

But how well do you remember the game? We’ve set you the task of naming Wenger’s starting XI that day. If you’re struggling, sign up to Starting 11 below to get access to hints for each player.

If this gives you a taste for another quiz, why not try naming every player signed by Wenger at Arsenal?