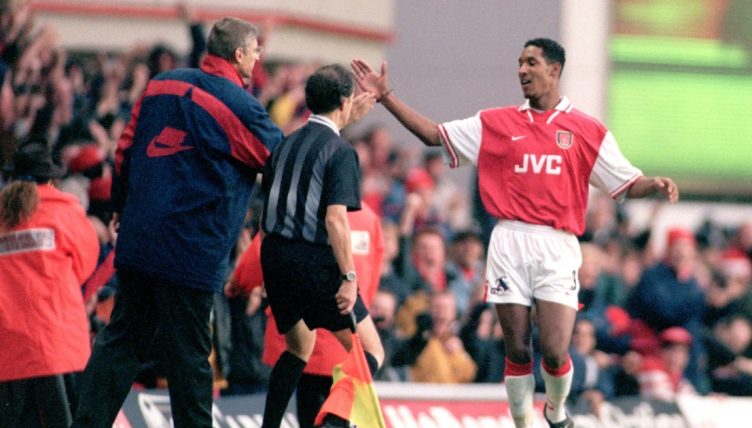 On November 9, 1997, Arsenal showed their Premier League title credentials during an entertaining 3-2 win over Manchester United.

Arsene Wenger had arrived in England the previous year and had quickly established the Gunners as challengers to United’s dominance of the English game.

And things escalated further when the United boss exclaimed: ““He’s no experience. He’s come from Japan and he’s now telling everybody in England how to organise their football.”

It made Highbury a febrile place to be in November 1997 as Arsenal attacked the Premier League champions with zeal.

The Gunners were 2-0 up after 27 minutes before United striker Teddy Sherringham scored a quickfire brace to make it 2-2 at half-time.

But Wenger’s side fought back and netted a late winner in the 83rd minute, sending Highbury into ecstacy and leaving Fergie fuming on the touchline.

Arsenal went on to win the league title by a solitary point and we’re asking you to name their Xl from that 3-2 win over United. The score to beat from the Planet Football office is 01:12.

NEXT QUIZ: Can you name Arsenal’s XI from the Battle of Old Trafford in 2003?