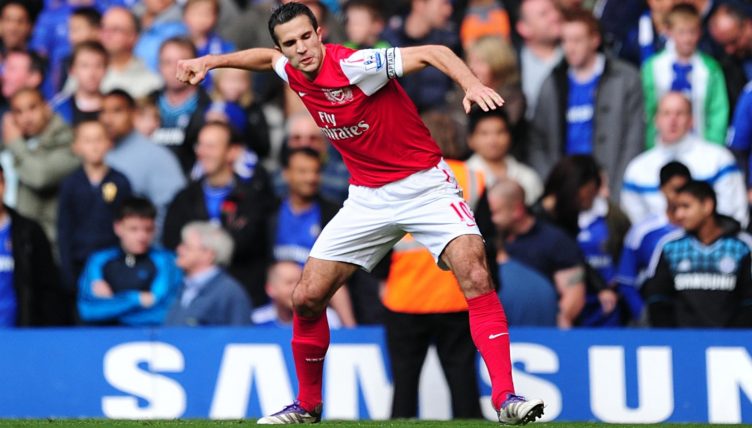 On 29 October 2011, Arsenal beat London rivals Chelsea in an eight-goal thriller at Stamford Bridge. It was one of the most memorable games of the decade but can you remember who featured for Arsene Wenger’s Gunners that afternoon?

The 5-3 victory is fondly remembered by Arsenal fans for a certain former striker, pictured above, scoring a hat-trick while pantomime villain John Terry had a match to forget, slipping to allow him to score.

Wenger’s side had endured a poor start to the 2011-12 campaign and they had travelled to Stamford Bridge more in hope than any real expectation.

But, as the goals flew in and Arsenal established their lead, Wenger’s wild celebrations with his players and backroom staff told the story of a jaw-dropping London derby that simply had it all.

We’re asking you to name Wenger’s starting XI for that particularly memorable afternoon in west London. Arsenal ended up finishing third that season, three places and six points better off than the Blues, who sacked Andre Villas-Boas a few months after this and went on to lift the Champions League trophy.

There are a few rogue names in the Gunners line up but we’re expecting good scores from any Arsenal fan attempting this quiz. The time to beat from the Planet Football office is 02:31.

NEXT QUIZ: Can you name every goalkeeper to play for Arsenal in the Premier League?