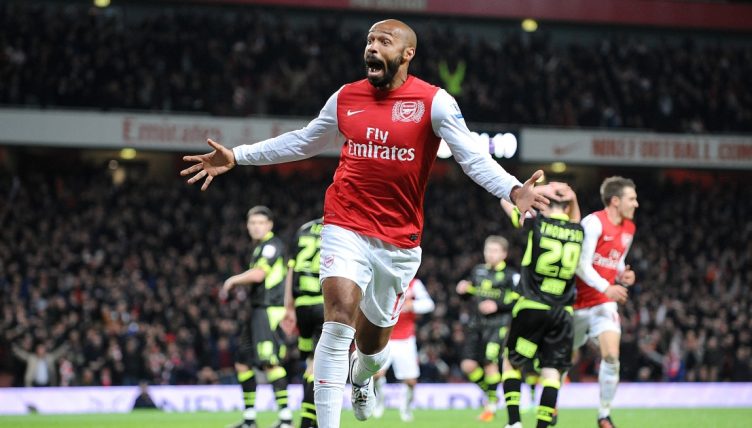 After four and a year half years away from the club, Thierry Henry completed a fairytale return to Arsenal in January 2012.

But the striker left for Barcelona in 2007 and spent three successful years at Camp Nou before joining Major League Soccer side New York Red Bulls.

After training with Arsenal during the MLS off-season, he signed for the club on a two-month loan deal at the start of 2012.

Henry made his second debut for the club a few days later and didn’t disappoint, coming off the bench to score the winner against Leeds United in the FA Cup.

He made another six appearances before returning to America, but we’re asking you to name Arsene Wenger’s starting Xl from that win over Leeds.

You’ll need to sign up to Starting 11 below to play the quiz and completing it will also put you on our weekly Starting 11 leaderboard. You can access the leaderboard via the dropdown menu on the quiz below. The time from the office to beat is 03:53.