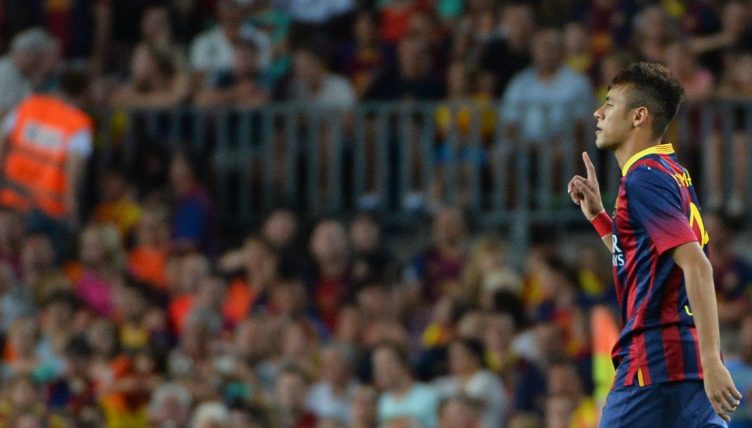 On August 18, 2013, one of the most anticipated signings in the history of Barcelona – Neymar – made his competitive debut for the club, arriving off the bench in a stunning 7-0 win over Levante.

As the names on this teamsheet demonstrate, Barcelona were still a force to be reckoned with after the departures of Pep Guardiola and his former assistant Tito Vilanova.

Argentinian coach Tata Martino had taken over and kicked things off in fine fettle – by the time Neymar was introduced on the hour mark, Barcelona were already six goals ahead. The Brazil international had already appeared at the Camp Nou, for his presentation and in a friendly against former side Santos, but this was his competitive debut.

What we want to know is how well you remember that era for the Catalan club. Can you name the array of superstars on Martino’s first La Liga teamsheet?

If you want to try another quiz after this one, why not try and name Barca’s top ‘not Messi’ scorer for every season since 2000?

You’ll need to sign up to Starting 11 below to play the quiz and completing it will also put you on our weekly Starting 11 leaderboard. You can access the leaderboard via the dropdown menu on the quiz below. The time from the office to beat is 02:22.