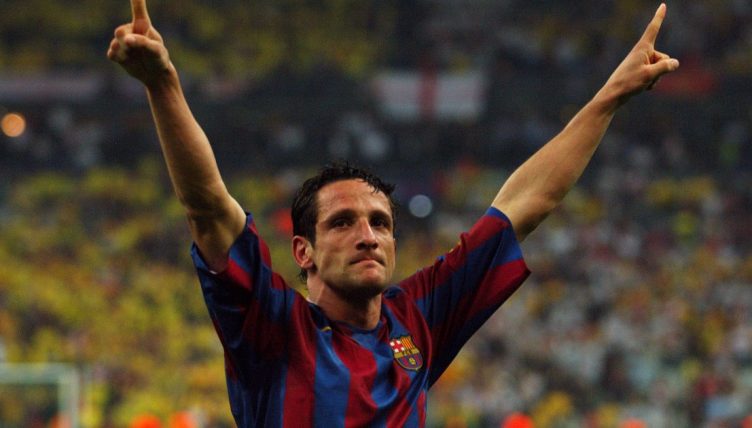 On a balmy Parisian night in May 2006, Barcelona finally added a second European Cup to their trophy cabinet. After going 1-0 down to Arsenal, they came back to take the game 2-1.

Arsenal goalkeeper Jens Lehmann was sent off after 18 minutes, but the Gunners still took the lead before half-time through a Sol Campbell header.

Frank Rijkaard’s substitutions made all the difference in the second half, however. A young Andres Iniesta came on at half-time, Henrik Larsson was introduced after an hour and Juliano Belletti 10 minutes after the Swede.

With those three on the pitch, Barcelona came roaring back. Their No.9 equalised in the 76th minute and Belletti netted the winner moments later after being picked out by Larsson.

“What I did was something special,” the right-back later told UEFA when reflecting on his winning goal against Arsenal. “I couldn’t believe it. I tried to get up and celebrate but, no chance – I knelt down with my hands on my face.”

What we want you to do here, though, is name the XI that Rijkaard sent out to start the game. The time to beat from the Planet Football office is 01:36.

If this gives you the taste for another testing quiz, why not try naming every manager to take charge of Barcelona since 2000?

NEXT QUIZ: Can you name Barca’s top ‘not Lionel Messi’ scorer for every season since 2000?